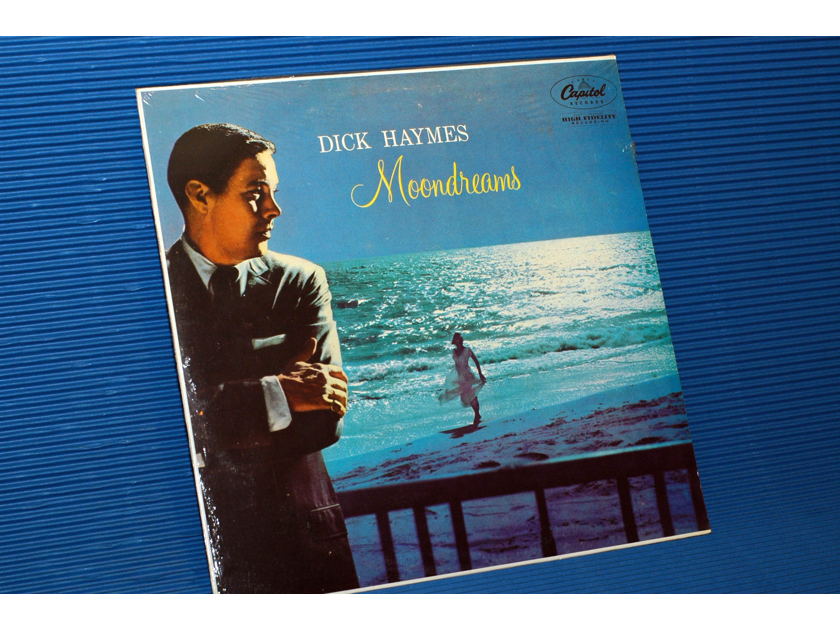 "A darkly beautiful collection of ballads, Moondreams has been prized by collectors of vocal jazz and standards for decades. Like Frank Sinatra, Dick Haymes was a great romantic balladeer with a su...35.00

"A darkly beautiful collection of ballads, Moondreams has been prized by collectors of vocal jazz and standards for decades. Like Frank Sinatra, Dick Haymes was a great romantic balladeer with a sunny image in the 1940s, who found his career in steep decline when that image turned out to hide a darker side. Like Sinatra, Haymes became an even greater vocalist in the 1950s, but they didn't share the same second round of success. Moondreams is the second of two superb albums that Haymes cut for Capitol Records in the mid-'50s and it's the single finest work in his vast catalog. A collection of dark torch songs and gently swinging ballads, the album features Haymes' beautiful, relaxed, but deeply nuanced vocals and richly atmospheric small-group jazz, with string arrangements by Johnny Mandel and Ian Bernard, both of whom were associated with the West Coast cool jazz scene of the time. Moondreams is equal to the best LPs that Sinatra, Nat King Cole, June Christy, and Peggy Lee were cutting for Capitol Records at the same time, and the album deserves to be discovered by a new generation." - AMG.

This is a Sealed French re-issue Mono pressing from 1982. A "High Quality European Pressing".

NOTE! Purchase any 3 or more of my LP's together and get 10% off the order as well as savings on shipping! Just click on "More From This Seller" to see a full listing! Please Note! Shipping costs are for continental US ONLY. All others should request a shipping estimate before placing your order. 1109