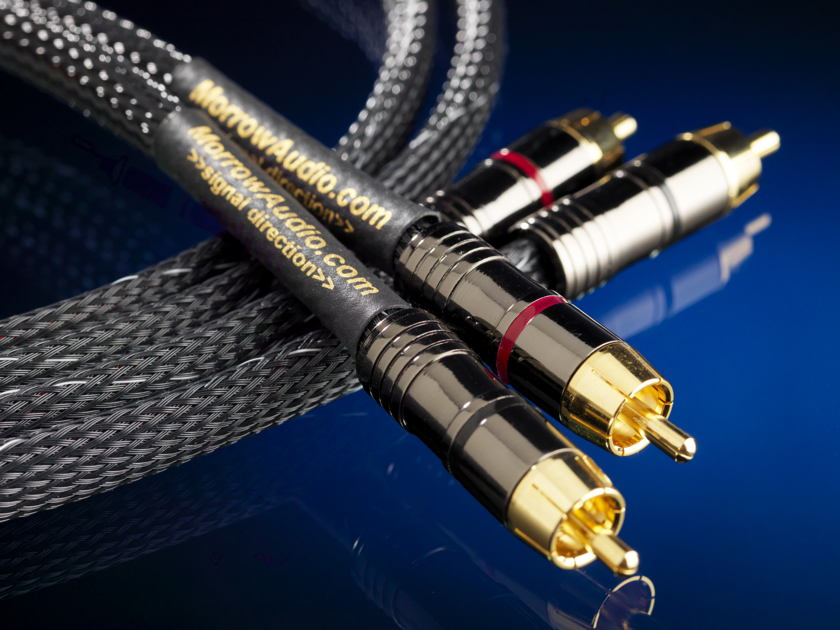 Experience great improvements in all areas with our SSI Cable Technology.Presented to you is a 1 meter pair of RCA MA3 interconnects, normal price $199.00CLICK HERE FOR OUR SALE!Easy Pay payment pl...199.00 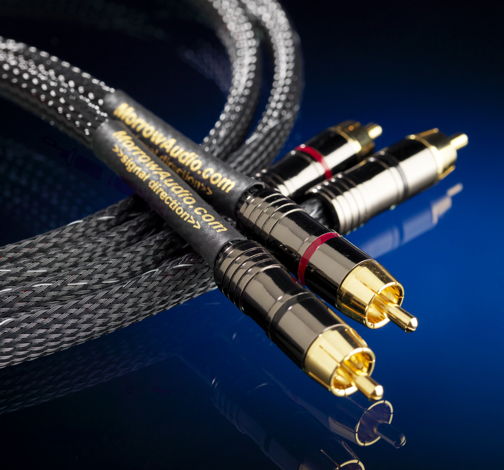 Experience great improvements in all areas with our SSI Cable Technology.

Presented to you is a 1 meter pair of RCA MA3 interconnects, normal price $199.00

I must admit that I was skeptical that a cable could make such a clear improvement, but consider me converted. I've always used premium cables like MONSTER, but doubted that more expensive cables would make that much difference. I was wrong - dead wrong... I ordered an iPod cable, and a set of RCA connects from the receiver to my Yamaha M-70 amp - driving my Maggie MMG and Yamaha NS-1 sub. My thoughts were that I would have a complete Morrow path from source to amp - a fair test. The difference was immediately noticable, better spatial information and imaging From bass to high end. Now, I am planning to replace all my cables with Morrow - little by little.

The change, after installing the MA-3's,is truly impressive.The details I found in favorite recordings that the MA-3's brought out really surprised me.This trade up program could keep me coming back again and again. I have since ordered a HDMI so I will know I'm getting the best from my Oppo disk player. Thanks for a great product!

The first few days of listening to the MA3's sounded very interesting. I could hear the potential in them, with the soundstage sounding very precise, not so much in width but depth. Different sounds or instruments seemed more defined and localized but the highs where too loud and very harsh. I also noticed the bass was tight and the mids where shallow or thin.

After like 4 days to around 240'ish hours, the MA3's just sounded ordinary. I was feeling like this is it for a little while and not impressed. Then at around 312 hours, or 13 days, they changed a lot. Now what I hear as the biggest difference from most ordinary cables, is how smooth and relaxed the sound is. It literally sounds less compressed, like the music before the MA3's was constrained. So since the sound is less compressed and allowed to spread out unconstrained, you can hear the texture of the sound more. I can detect more subtle changes in long slower paced transient passages, since the sound is less squeezed or compressed. You could say that certain instruments, like the piano, sound more realistic due to this more free relaxed sound, the texture comes through.

That smooth uncompressed sound is what stood out to me the most with these MA3's. The soundstage also improved after 300 hours. Its like since the sound in general, seems uncompressed (like if someone could grab the sound and stretch it out basically) that the localized effects or parts of music are wider in their location. This also contributes to helping me hear, or notice, where the localized sections are in music. Instead of it just sounding like it was coming from either the left or right channel, compressed in with all the other sounds in the music on that channel. This makes the music much more interesting and I find myself anticipating the next part where I can detect the wider localized sections.

During this same burn in period, the highs smoothed out a lot but seems like they could be a little smoother. Also I didnt notice the bass being tight like I did at the very beginning. The texture of the bass has changed though, if that makes sense, maybe more organic sounding bass. You know the bass sound has changed, just like how I described the sound in general as being stretched out or uncompressed/strained. It extends to the bass, in being able to hear its texture better I think.

I have not done enough listening so far, to give more of my experience with the highest short/fast frequencies. HF's like in Michael Jackson's music that are bright, short, and fast. The little I did hear though was good. They didnt have the same stretched out effect basically, like everything below in the frequency range. These highs where nice and defined from the rest of the music.

These are the best sounding cables I have ever used. I didnt know that cables could hold the sound back so much, really eye opening. Everything you say about the frequencies arriving at the same time and smearing from stranded wire, makes perfect sense from what I am hearing. Hopefully the pro side will catch on to your cables and use them for recording. All the scientific audio naysayers are so ignorant, they go on basic electrical principals that are just, well basic.

All Morrow Audio cables purchased new have a 60 day return that begins when you receive the cables. 10 Year Anniversary cables have a 20% re-stocking fee. 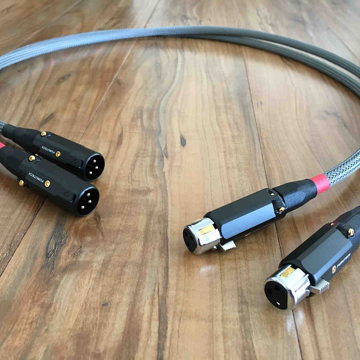 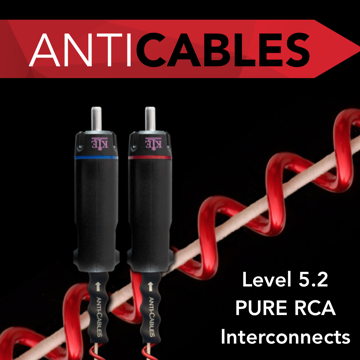 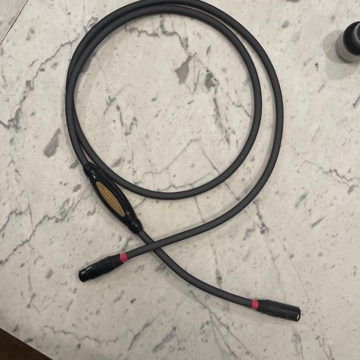 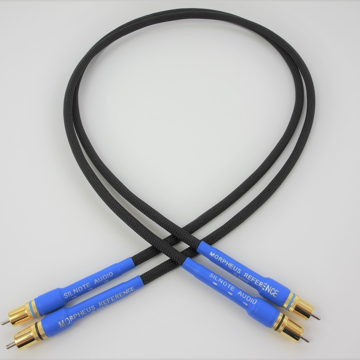 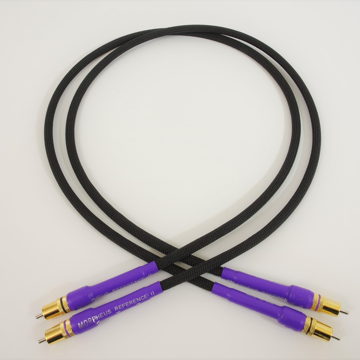