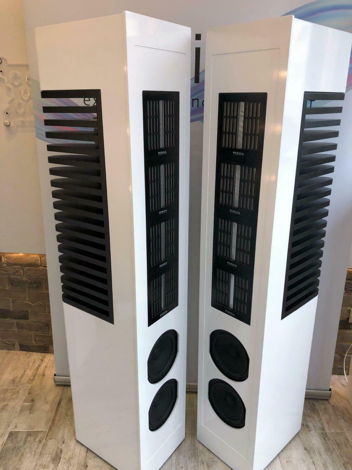 Excellent, with packaging.   special custom white finish
"PIEGA Master Line Source 2 When the Swiss audio specialist PIEGA revealed the dream loudspeaker Master Line Source in the autumn of 2013, industry experts experienced a 'wow' moment: What the four human sized acoustic transducers offer in terms of tonal finesse induced editors of the international trade press to spout effusive superlatives that are otherwise only rarely encountered. The German newspaper Frankfurter Allgemeine Zeitung, for instance, wrote: "This equipment is among the best that loudspeaker engineering has to offer", while the Swiss AV-Guide wondered: "Have I, in my entire career as an audio journalist, ever heard anything better?" And the online magazine hifisenses.com from Singapore asserted: "The Piega Master Line Source is one speaker that I recommend fellow audiophiles to have a listen to". But the all-important originator of the super loudspeaker, PIEGA's Head Developer, Kurt Scheuch, was not slow in secluding himself in his workshop again to tinker with a smaller version with similar acoustics that could also be integrated into standard living rooms - and thus Master Line Source 2 was born, the result of a close cooperative alliance with the designer Stephan Hürlemann.

Symmetrical line source Like its epic prototype, the MLS 2 also operates on the symmetrical line source principle. This involves four mid-range speakers and tweeters, mounted one above the other, emitting sound in a vertical, cylindrical configuration rather than - as is standard in conventional loudspeakers - spherically. Audio signals thus reach listeners directly, without being reflected from the ceiling and floor, thus producing an exceedingly clear and detailed sound pattern. But the playback of the high and mid-frequency signals via multiple drivers and thus a large membrane surface (the tweeter membrane is, overall, around 50 times the size of a dome tweeter!), with its extremely low distortion, high level of efficiency and significant dynamism, offers further advantages, thus guaranteeing markedly natural and detailed playback.

The ribbon systems of the MLS 2, termed the line source drivers, operate with centrally positioned ribbon tweeters that cater to all frequencies above 3 kilohertz. They are flanked on either side by mid-range ribbons that take care of the emission of all sounds up to 500 Hz, in other words, that reproduce the entire frequency range - deviations and all - that most instruments and voices reproduce. With the exception of basic dimensions, which correspond to the familiar C1 mid-range tweeter from the PIEGA Coax series, the magnet system, baskets, film layout, film material and ribbon damping applied using etching technology have been developed from scratch.

Acoustic lens with backward lamellae
While the four line source drivers emit sound forward directly, as has been described, the sound emitted backward consistent with the dipole characteristic is transformed into a wholly diffuse sound field by way of an elaborately engineered acoustic lens. Using diffraction and reflection, lamellae composed of painted MDF distribute the sound so expansively that it is only possible to place a dipole speaker within a space as a conventional loudspeaker if the MLS 2 is deployed.

In order to uncompromisingly realise the drivers' high quality and lack of distortion, as well as the acoustic qualities, utmost care has been taken to ensure a lack of vibration in the housing. The entire loudspeaker baffle has been milled out of a solid aluminium block and boasts impressive stability and damping. The entire surface of the 10 mm thick aluminium baffle is glued to the actual housing.

This consists of a composite of medium-density fibre boards (MDF) and the viscoelastic heavy-duty film Idikell - an extremely solid and rigid structure, which provides the two PIEGA woofers, which have also been developed from scratch and which measure 220 mm in diameter, a perfect operating environment. The woofers, oscillating in a 64-litre volume setting, achieve a lower cut-off frequency of 20 Hz thanks to their long-throw magnet systems that are configured for optimal pulse response and their extremely rigid, coated aluminium membranes. Both are supported to the fore by radiating bass chassis actively set in motion by the amplifier by way of two rear, passively oscillating radiators, which - like a bass reflex system - ensure enhanced impetus in the lower frequency regions.

The PIEGA Master Line Source 2, available in four different cabinet variants, thus meets all the preconditions for establishing itself as the epitome of Swiss engineering, craftsmanship and audio technology in the premium, high-end loudspeaker segment. 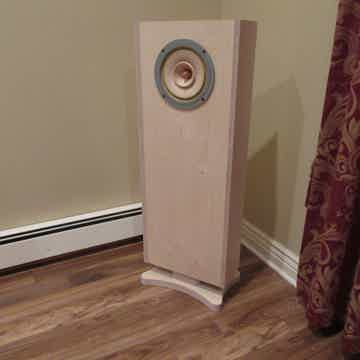 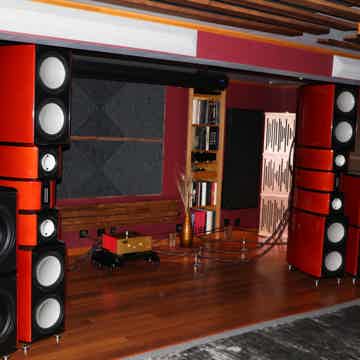