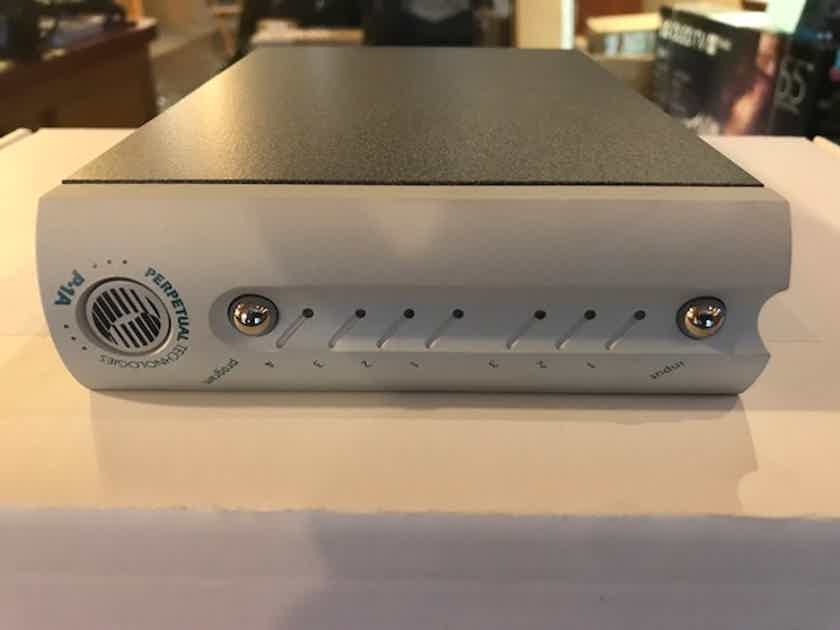 We have found a really cool peice. THIS ITEM IS BEING SOLD AS FINAL SALE. iTEM IS NEW IN BOX. A Perpetual Technologies P-1A Digital Correction Engine. This unit in new in box with manual. We ...149.00 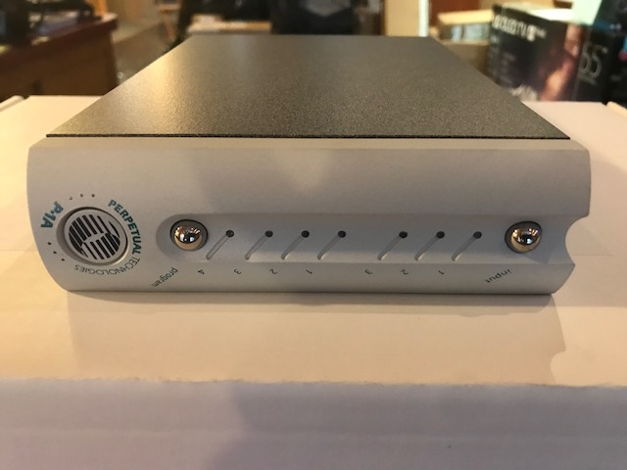 We have found a really cool peice. THIS ITEM IS BEING SOLD AS  FINAL SALE. iTEM IS NEW IN BOX.  A Perpetual Technologies P-1A Digital Correction Engine.  This unit in new in box with manual. We are selling this as final sale. I have attached specs from the factory site below. Any store pickups or shipments to New York State will have applicable sales tax added to order total. Please see our other ad for more great deals. Also see our perfect rating on Audiogon.

The front panel has two buttons, one on the top, which is the input selection, and one on the bottom, which is used to program the 1A. It also has 7 LEDs broken out into two sections 1-3 and 4-7. Each LED is capable of three different colors. These are used to determine the state of the 1A.

I find it a bit unusual that it is missing an optical input (Toslink), but there is only so much room on the panel. There needs to be a BNC too, at some point. 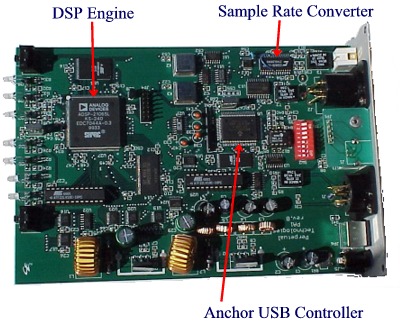 The Anchor is responsible for controlling the operation of the 1A. This includes front panel buttons, displaying LED status, and interacting with the SHARC and SRC chips. The SHARC performs all of the resolution enhancement, word-length adjustment (re-dithering), and speaker/room correction. The SRC, as its name implies, converts from one sampling rate to another.

The 1A can transcode from one format to another. For example, you can use the I2S input and output S/PDIF, or vise versa. All internal processing is actually done in the I2S format. If you use the I2S input (meaning an I2S connection from the transport to the 1A), then you cannot upsample the signal. The reason is that the SRC can only handle up to 96 kHz. If you want to pass a 192 kHz signal through the 1A you must bypass the SRC. When you bypass the SRC, you still get all of the other 1A features.

All of the software or algorithms are stored in flash memory (EEPROM). The flash is updated by using the USB port and your PC. You will be able to download new software from the Perpetual Technologies website, including speaker and room correction and then transfer the software to the 1A with your PC. This is the first hi-fi product that I am aware of that offers a USB port.

The 1A also has some very serious power supplies! The 1A comes with a wall-wart adapter, but you can add an optional beefier outboard supply. The 1A board also has a ground plane, which is necessary to keep the noise low. Some of you EEs might be saying, "Ground plane, don't they all have one?" Duh! Well, let me tell you that not everyone uses a ground plane. The power supplies on the 1A are so good, that if you plugged it into mud (providing mud could deliver AC), it would be able to completely filter out the garbage!

What exactly does a sample rate converter do? By increasing the sampling rate (upsampling), it helps out the DACs reconstruction filters later on. If you select 96 kHz as the output sample rate, then all incoming sources, typically a 44.1 kHz signal, are converted to 96 kHz. Upsampling from a 48 kHz source to 96 kHz is a direct integer upsample, i.e., it creates new samples in-between the original samples. This will be the case with PCM data on DVD, DAT, and DSS. For CDs, which are 44.1 kHz, it is performing non-integer-based upsampling. What that means is that it is no longer a direct integer of the original sample rate. This requires that the interpolation algorithms create all new samples. Non-integer-based upsampling requires a lot of DSP horsepower to do it correctly.

I wish that the P-1A and P-3A offered the ability to perform direct integer sample rate conversion on all incoming sources (output 2x the sample rate). You would get 96 kHz from 48 kHz and 88.2 kHz from 44.1 kHz. With that said, I did prefer the sound of the 96 kHz to the original 44.1 kHz. (Note from JJ: I spoke with Mark Schifter a few weeks ago about this, and they plan to offer integer upsampling software if you want 88.2 kHz instead of 96 kHz.)

The UI of the 1A is very Audio Alchemy, and programming of the 1A is a four-step process. You first select the input, and then the program, sample rate, and finally the output word-length. I am not really sure you could actually program it if you did not see the manual. You could get it to work alright, but you would not know what it was doing. It takes a little fiddling, but once you understand the buttons, it is fine.

During and after programming, you have to pay attention to the LEDs that are active and their color. You also have to press both buttons at the same time for part of the programming.

There are various applications for the 1A. One of the most common uses is to insert it between your CD/DVD player and your DAC. This is a very practical application for a high quality two-channel music system. The output of the DAC would then be fed into your analog preamplifier.

Another use might be in between your CD/DVD player and your digital processor. You will get the same benefit as the two-channel system. In this situation, resolution enhancement, world-length adjustment, and sample rate conversion need to be bypassed if you are listening to a compressed format like DD or DTS. I am not sure what happens if you have the speaker or room correction option since they do not have the coefficients for my speakers yet. I am assuming that in order to do speaker/room correction on a compressed format, the signal would have to be decoded and then re-encoded in real-time by the 1A.

If your home theater surround processor has digital outputs, then you could insert three 1As after the sources (DD or DTS) have been decoded on the digital outputs. In this scenario you could take advantage of everything. You would need three DACs to go after the 1As. (The P-3As would work nicely here.) But then you have to worry about volume control. If you let the processor handle that it would have to be done in the digital domain and the digital output would have to be variable. Or you would need to use an external volume control. You would plug the three DACs into this six-channel volume control and be ready to go. It’s a little more work, but may well be worth the trouble if the results are as good when just using the 1A in a two-channel system.

But wait, I have more applications for the 1A including one that I tried. I have a LinxOne digital card in my PC at work. It’s a 96/24 digital sound card, and I fed the output of that into the P-1A. Genelec markets digital 96/24 near field monitors that make great PC speakers. You can feed the output of the 1A directly into the speakers. (They require AES/EBU, and it just so happens the 1A is so equipped.)

The front panel is virtually identical to the 1A. In fact, the only differences from the two are the stenciled name and that the input and program buttons are reversed. The front panel has two buttons, one on the top, which is used to program the 3A, and one on the bottom, which is used to select the input. It also has 7 LEDs broken out into two sections 1-3 and 4-7. Each LED is also capable of three different colors. These are used to determine the state of the 3A. 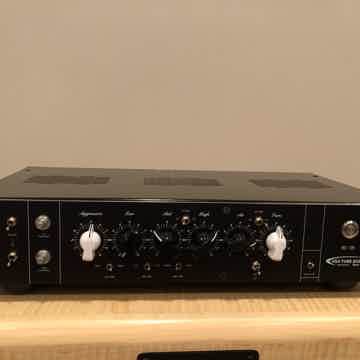 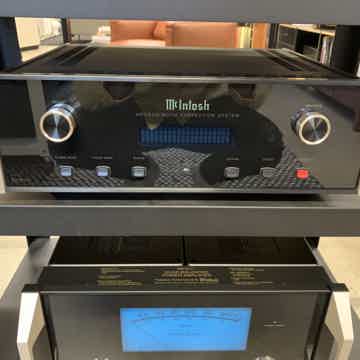