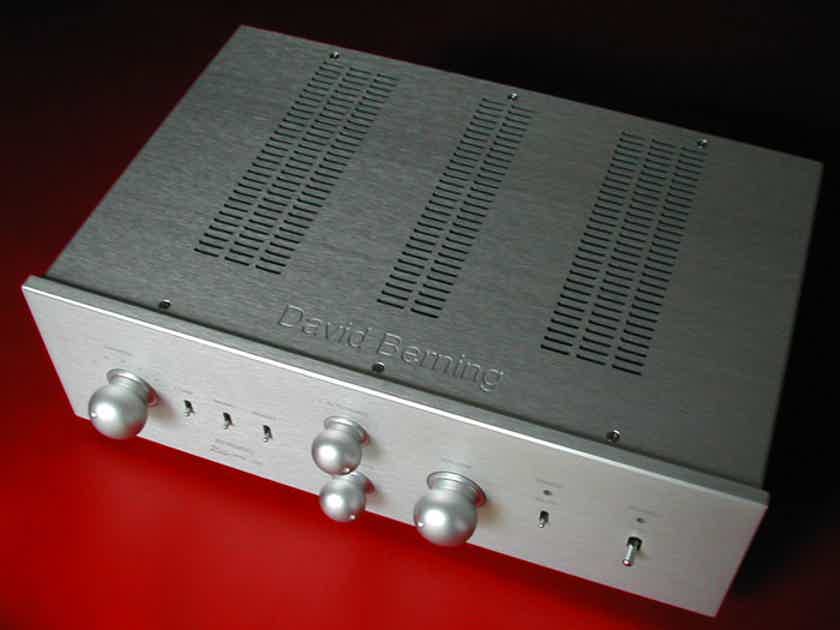 Audio Archon is an authorized David Berning Audio dealer located in the Chicago area. We have equipment to demonstrate the ZOTL technology for interested audiophiles. The ZOTL PRE ONE is a stereo ...8360.00 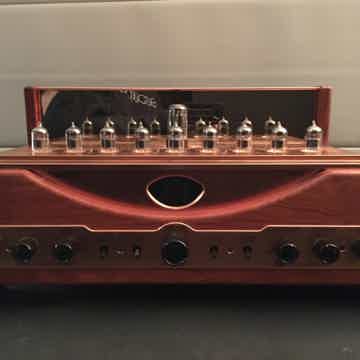 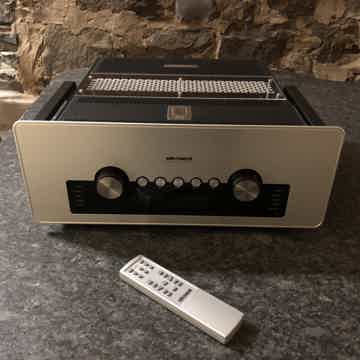 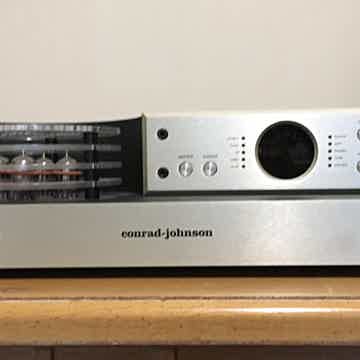 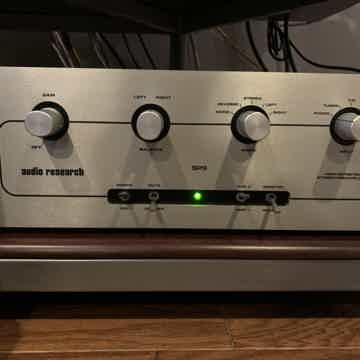 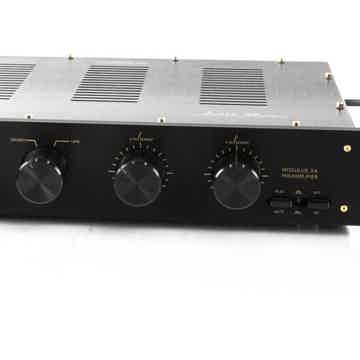 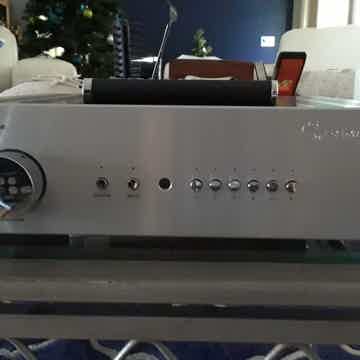 Audio Archon is an authorized David Berning Audio dealer located in the Chicago area.  We have equipment to demonstrate the ZOTL technology for interested audiophiles.

The ZOTL PRE ONE is a stereo vacuum-tube single-chassis preamplifier that uses the output transformerless ZOTL technology (US Patent 5,612,646).

The ZOTL PRE ONE provides for five input sources plus one processing loop source. On units equipped with the optional RIAA phono stage, input number 1 is used as the phono input and there are four high-level inputs. Two main output jacks and one 1/4 inch headphone jack are provided. Except for the headphone jack, all audio connections are via single-ended RCA jacks. The ZOTL PRE ONE can be powered universally (100 V - 240 V) from the AC mains or from an external 12 V source.

As to the controls in the preamplifier, volume adjustment is via a 24-step switch that uses precision resistors. There are also separate eight-position step attenuator switches for each channel to allow balance adjustment. Source selection is made by a rotary switch or processing loop toggle. Other switches include mono, phase invert, and mute. A very unusual feature of the ZOTL PRE ONE is the incorporation of the patented Berning ZOTL technology into a preamplifier. The ZOTL technology has previously only been applied to power amplifiers to provide a properly impedance-matched tube output stage to the loudspeaker without using an output transformer. In the ZOTL PRE ONE, the ZOTL is used to provide an unusually robust output drive for a tube preamplifier that effectively overcomes interconnect cable parasitics. The output impedance is a very low 50 ohms without using feedback, and with a peak current drive of over 100 mA. This enables the ZOTL PRE ONE to be able to drive headphones. A headphone jack is provided on the back of the preamplifier for such use.

The high-level stage uses a balanced differential amplifier input section and a constant-current-loaded, single-ended ZOTL output second section. There are no coupling capacitors in the high-level stage, and dc offset cancellation at the output is done with a power supply servo that provides just the right voltage for the input section to precisely balance the output section. Hence the ZOTL PRE ONE is auto-biasing so that tubes can be changed without the need for manual biasing. The single-ended topology combined with a zero-feedback design yields distortion characteristics that are dominated by 2nd order harmonics and are considered to be more musical than other forms of distortion. The audio circuit board in the ZOTL PRE ONE is a special low-loss ceramic material and provides for this preamplifier having a more transparent sound with additional presence. When ZOTL PRE ONE is powered up, the POWER LED lights red and the auto-mute circuit is activated during about a one-minute tube warm-up period. The DC ERROR LED also lights during this period, regardless of the setting of the MUTE toggle switch below the LED. Once the timeout period has elapsed, the POWER LED changes to green and the ERROR LED turns off. The ERROR LED will remain on and the preamplifier muted if the MUTE toggle switch is in the up position. If the ZOTL PRE ONE cannot null both of its outputs for a zero dc offset, the preamplifier will remain muted and only turning the power off and on again will reset the turn-on sequence. Failure to perform the dc null could be caused by a faulty tube or excessive dc on the input. The MUTE switch can be used at any time during normal operation to mute the main outputs of the preamplifier. If ZOTL PRE ONE looses power or is turned off, or if a tube fails during operation, the auto-mute circuit is activated.

The VOLUME control adjusts the gain of both channels of the high-level stage via a 24-position switch that uses precision resistors and gold-plated contacts. Most of the steps change the gain by 2 dB, but the lowest-volume steps are larger. The variable step size makes the VOLUME control useful over a 60 dB range. This type of control is generally believed to offer the truest sound reproduction, but gives up some flexibility in control range and step size.

To augment this VOLUME control, the ZOTL PRE ONE incorporates additional switches of similar quality that can be used to attenuate the two channels individually. The L ATTENUATE and R ATTENUATE switches provide a means for making a smaller step size if needed, and also for providing for a balance function. These balance switches are shunt-to-ground, and are out of the signal path when turned full clockwise, and this is the normal recommended operation if a change of balance is not needed or the volume step size is acceptable. The step sizes on these auxiliary switches vary to provide multiple useful functions. As each switch is rotated counter-clockwise, the corresponding channel is attenuated about 1 dB per step for the first 3 clicks. This provides for fine system balance or making a fine adjustment in a particular volume setting. The remaining clicks make larger steps, and a representative overall sequence is: 1 dB; 2 dB; 3 dB; 5 dB; 7.6 dB; 12 dB, and 22 dB. The actual true attenuation values given here are not fixed, but are affected by the setting of the VOLUME control and the output impedance of the particular music source device being used. The larger steps can be used for gross signal imbalance such as those common on old open reel tapes, or for general gain reduction to make the volume control more compatible with high-efficiency speakers, or for system troubleshooting. The ZOTL PRE ONE incorporates a phase INVERT switch that feeds a high-input-impedance balanced line amplifier stage so that this invert function can be offered without the signal degradation that might occur with other signal inverting techniques. When the INVERT toggle is down, the ZOTL PRE ONE is non-inverting on all outputs. It is always non-inverting on the LOOP OUT jacks.

The MONO switch can be used to mix the two channels or to make a single input come out of both channels. It can also be used to reduce the noise level on marginal radio broadcasts or scratchy mono records.

The optional RIAA phono stage is unusual in that it has two separate gain sections and each has its own dc servo-controlled buffer. This topology allows a passive equalization to be placed between the first section and the second section. By having the buffer after the first section, a very large amount of dynamic drive is provided to the passive equalization network. Without this drive the output impedance of the tube enters into the equalization function, and because there is a lot of variability in tube impedance the equalization accuracy would not be well controlled. The buffer after the second section provides plenty of dynamic drive for the output of the phono stage, and the complete phono stage can deliver more than 25 V RMS. This is important because it allows the phono stage in the ZOTL PRE ONE to combine unusually high gain with very good overload characteristics. Most preamplifiers generate the equalization in a feedback loop and equalization accuracy is generally not well controlled in these designs because it is subject to the inconsistent gain of the tubes.

Because the gain of the phono stage is a rather high 48 dB @ 1 kHz, many lower output moving magnet and higher output moving coil cartridges can be used without an additional step-up transformer. For the lower-output moving coils additional gain may be needed and an optional step-up transformer can meet this requirement. The Jensen JT-347-AXT is a premium and flexible transformer, and is chosen for the ZOTL PRE ONE. When the transformer option is specified, it is normally wired in its 1:8 configuration. This provides an additional 17 dB of gain. Even more gain can be obtained by using the 1:12 or the 1:24 configuration allowed by the flexible winding arrangement on the JT-347-AXT.

When the transformer option is specified, terminals are provided inside the chassis so that the user can add resistors for cartridge loading.

Other Features and Specifications

The ZOTL PRE ONE is equipped with Stillpoints TM OEM Universal Resonance Dampers. A unique wrap-around shield prevents undesirable signal bleeding from the controls or from the input/output jacks to the audio circuit board. Routine tube replacement on the ZOTL PRE ONE should not be needed with normal usage, and 10,000-hour lifetime should be expected.

Other features and specifications include:

Thanks for your interest! Please call or e-mail with any questions or ideas.
Mike Audio Archon 847-687-4800 www.audioarchon.com