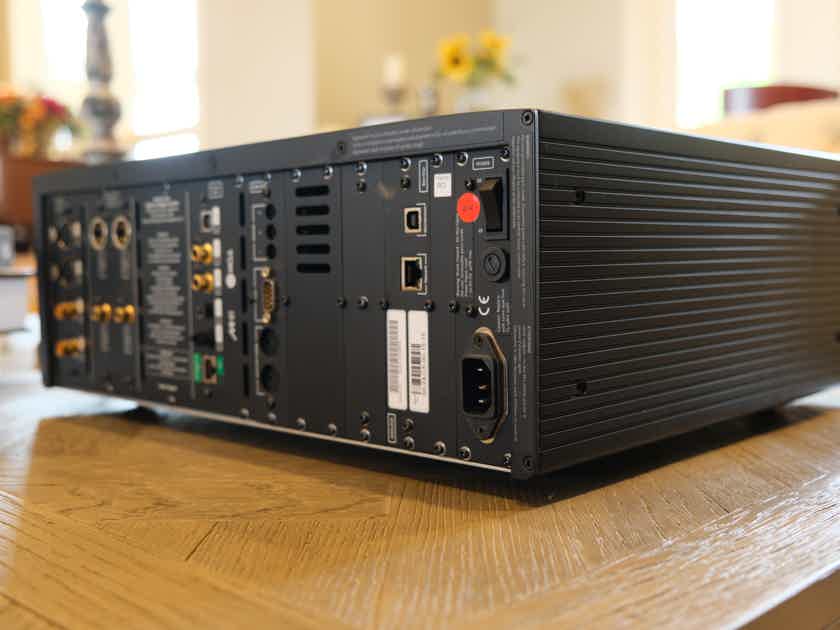 With its fold-down front panel, the Ultra DAC's large, handsome, black, aluminum case looks identical to that of Meridian's 808i.2 Signature Reference, though it lacks analog inputs and a CD transp...14000.00 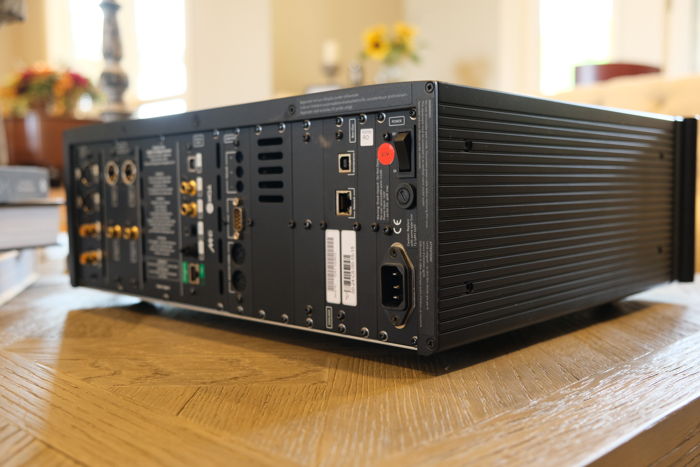 With its fold-down front panel, the Ultra DAC's large, handsome, black, aluminum case looks identical to that of Meridian's 808i.2 Signature Reference, though it lacks analog inputs and a CD transport. Constructed with a card-frame topology, the Ultra DAC offers every digital input you might wish, all capable of accepting 24-bit data: a USB 2.0 input for connection to a computer, two AES/EBU XLR inputs, two BNC coaxial inputs, two RCA S/PDIF inputs, two optical TosLink inputs, one Meridian Speakerlink input, and an Ethernet port for connection to a Meridian Sooloos System. A dedicated card with a high-current clock as well as FIFO buffering is claimed to minimize phase noise and ensure the lowest possible jitter, all jitter components being folded down below 0.5Hz.

The Ultra DAC has both balanced and single-ended audio outputs and features dual-mono DAC cards, each built on an eight-layer circuit board with low-impedance ground planes and with its own multiple regulated power supply. The output stage incorporates "Hierarchical Converter technology [by MQA]," which Meridian says employs "multiple converters to increase temporal resolution while also reducing noise and quantization errors."

To keep the noise floor low, the power supply is a conventional linear rather than a switching supply; the front-panel display is also electrically "quiet," using a static (non-multiplexed), 20-character, dot-matrix LCD.

The front panel has large, square buttons labeled Source, DSP for selecting among three reconstruction filters (Long, Medium, Short), Display (to change the information shown), and Off; a narrow, rectangular Mute button; and, under the fold-down panel, keys for Volume Up and Down, Setup, and Menu. Pressing Menu lets you adjust the bass, treble, and channel balance, absolute polarity, and a function called LipSync, which adds a delay to synchronize sound with video images; you can also set the Ultra DAC to fixed or variable outputs. All of these buttons are duplicated on the full-function remote control. 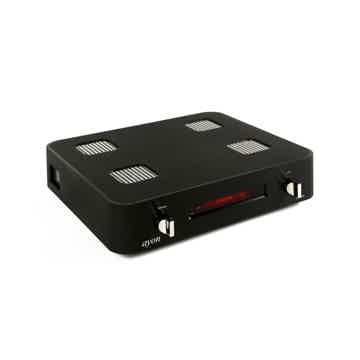 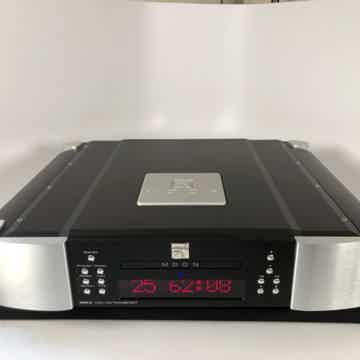 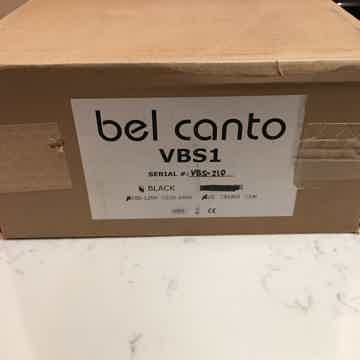 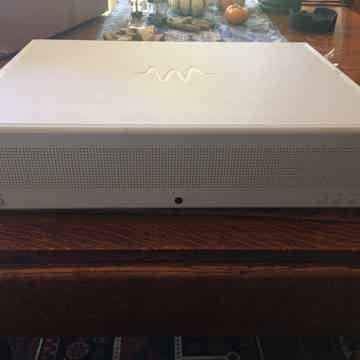 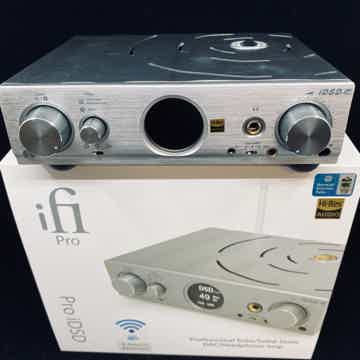