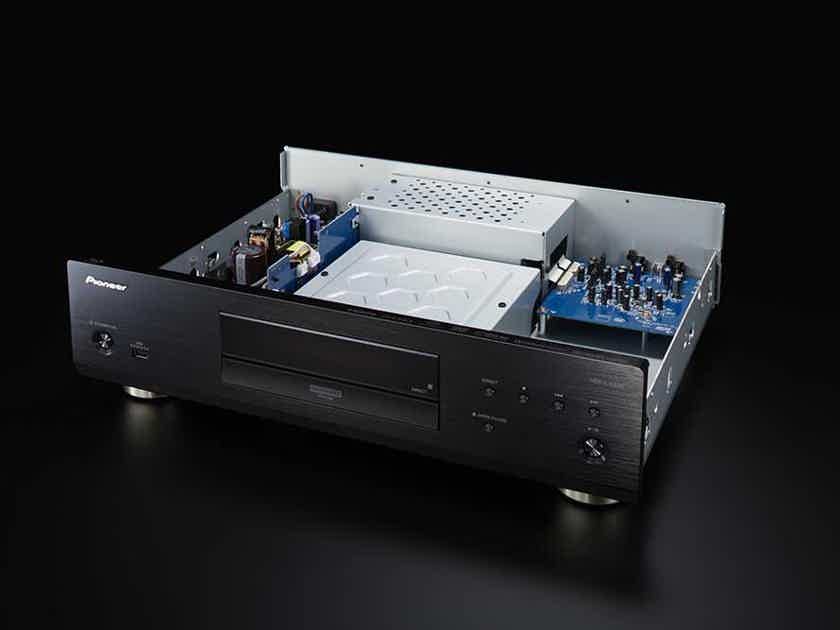 Note: Due to some unfortunate experiences, we do not accept purchases from people with no prior purchase record. This ad is for the modification of the Pioneer UDP-LX500 4k Blu-ray player. The pric...395.00

Stewart Filmscreen All Sizes All Screens New - All Size... 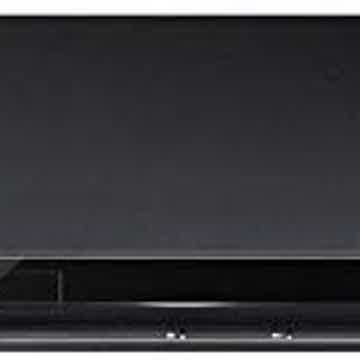 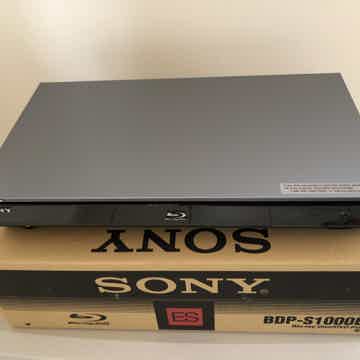 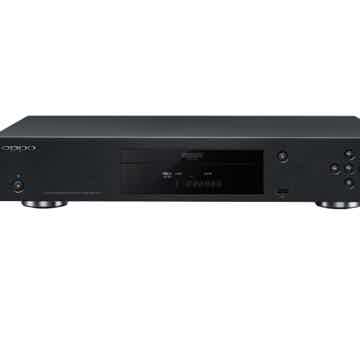 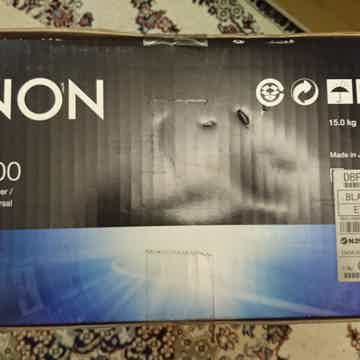 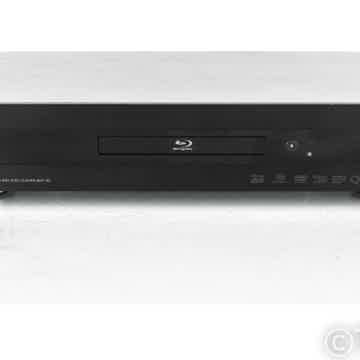 Due to some unfortunate experiences, we do not accept purchases from people with no prior purchase record.

This ad is for the modification of the Pioneer UDP-LX500 4k Blu-ray player. The price listed does not include the original price for the unmodified player itself, which is listed below. Currently, we have one lightly used for $725 unmodified (Retail goes for $999).

In the words of The Absolute Sound’s Robert Harley, we are a “small, but passionate” (TAS #229, Feb 2007) audio company in Gresham, Oregon (near Portland). We make our own custom-made, crossoverless single-driver speakers (that really work), modify subwoofers, interconnects, and speaker cables. We have also been modifying audio components of different makes and models for nearly a decade. We specialize in Pioneer players and receivers, Harman Kardon receivers and amplifiers, Music Hall, Rotel, Elac speakers and subwoofers, Sony players, and B&W speakers.

We have developed a new, innovative method to modify audio and video equipment. My late boss, Dave Herren, a well-known modifier in the Northwest, had previously worked on modifying equipment by replacing capacitors that ran through certain key signal paths, thereby improving electron flow and allowing the machines to have much better fidelity in both audio and video. Our new proprietary modification is simpler yet more thorough at the same time. Our process improves the functioning and efficiency of all the capacitors and other electronic components of the modified unit, affecting not only specific signal paths but improving electron flow throughout the entire machine. This modification can turn simple, less expensive pieces of audio equipment into pieces that rival others costing thousands more.

Recently, Pioneer has received very good reviews on their latest 4k Blu-ray player, the UDP-LX500. We decided to see how it compared to the recently discontinued much loved Oppo UDP-205.

Out of the box, we definitely heard some potential from the Pioneer player. It was less harsh and digital than the Oppo 205. It also had a lower bass floor and was, in general more neutral and musical. Upon evaluating the video, we discovered an HDR video feature that was not on the Oppo players. This made a world of difference and put the picture quality noticeably better than the Oppo, which was quite stunning. It was more detailed, better three- dimensionality, and the colors were more vivid, yet not over saturated.There was also more low level detail in the darker scenes.

After modification, the sound and video performance improved significantly. The Pioneer obtained a smoother, more analog sound and an even much lower bass floor with improved bass texture. It was more detailed with more solid location and was richer with better bloom. The instruments and sound stage were also much bigger.

The black levels and contrast of the video also improved, making it much less flat. Colors popped, were more correct, and much more complex. The images were more 3 dimensional. After modification, the clarity, detail and three-dimensionality really took off; just burying the Oppo player, even when the Oppo player was modified. In fact, we had to take another look to make sure we were seeing what we were seeing. The black the levels improved significantly. The colors were more correct, but also richer and vibrant. The detail on 4k blu-ray was at a totally different level than the Oppo 205. for instance, you could see so much more detail on skin tones and in shadows. The video just popped in comparison. All of the detail has a three-dimensional quality; whether it’s the pimples, rough skin, patterns of shirts. What seemed to be hyper clarity, but it was very natural looking at he same time.

We have never had a modified piece returned from an unsatisfied customer. Our regular modification price is $395 for these Pioneer units, which includes shipping in the continental US back to you once the units are modified. The modifications to the Pioneer UDP-LX500 turn a highly reviewed stock machine into a much more satisfying piece that competes quite favorably with pieces costing much more.

Modification price: $395,which includes free shipping and handling in the continental USA.

We also modify DACS, floorstanders and bookshelve speakers on a regular basis. Please call for pricing and talk to a knowledgeable person who is as interested in audio as you are, and is interested in you getting the best sound in your budget.. We look forward to hearing from you soon.

Every once in a while, we get emails back from customers that take the time to let us know how they liked their modified units.

Warm, sweet, pure, especially the strings! Who knew music could have so much texture!

Finally received the amp (Music Hall A15.3 Amplifier) from FedEx today, been listening to the amplifier for several hours now.

I have no intelligent audio superlatives to share. This little baby sounds simply amazing. What amazing dynamics, staging and real bass weight. What was veiled and subdued previously is gone.

The AJ Pioneer Bookshelves are leaving here tomorrow for you to work your magic.

Thank you to you and your team. You have a customer for life.

Very pleased with the result.

All hooked up. Listening to CD. Dire Straits Communique. Cant believe it Sean. Cant believe this quality of music, of fidelity, is coming from these bookshelves! They are so open, clear, airy. No grey overcast here man! The pace, rhythm and timing is exceptional now. It is just so right. They are standing beside their big brother floor stander I was listening to earlier this week. There is no comparison. I cant imagine what that modification would sound like. Damn. Cant wait for the subwoofer to land. Oh man am I going to be happy happy. Nice work folks. Friggin awesome. Take care and best regards,"

I love the sound of the modified (Pioneer BDP-53FD) player. I have it hooked up using the analog inputs. I didn’t change anything in my set up except to swap players. It sounds way different than the Denon 2900: better in every way. The biggest difference for me was how the player made the speakers disappear. Does that make sense? Music sounded ok with the Denon, but it was just a source to play cd’s, nothing special.

I listen to all types of music: swing music from the 30’s and 40’s, Latin or Salsa music for dancing, smooth jazz for night time listening, 70’s soft rock and classic rock. I’m all over the board. The player did make a difference in the presentation of the music. One example is the bass: the Denon’s bass was rather bloated. I didn’t notice this until i had the chance to listen to the Pioneer. The Pioneer’s bass was more natural. The bass blended better with the music and didn’t sound like it was “in your face”.

The vocals sound great as well. Even my 14 year old commented on how the voices sounded smoother and more natural. He even mentioned that it sounded like there was a center channel speaker hidden somewhere for the voices to come out of and “float in the air”. Nope, just my Tekton Lore speakers.

The Pioneer has taken my listening enjoyment to a new level. Kudos to whoever designed the mod because it does sound awesome!

Here is feedback from one of our modified HK 990 units from a customer:

Forgive the late feedback, but just to say I absolutely love the amp. This is just the sound I was looking for.