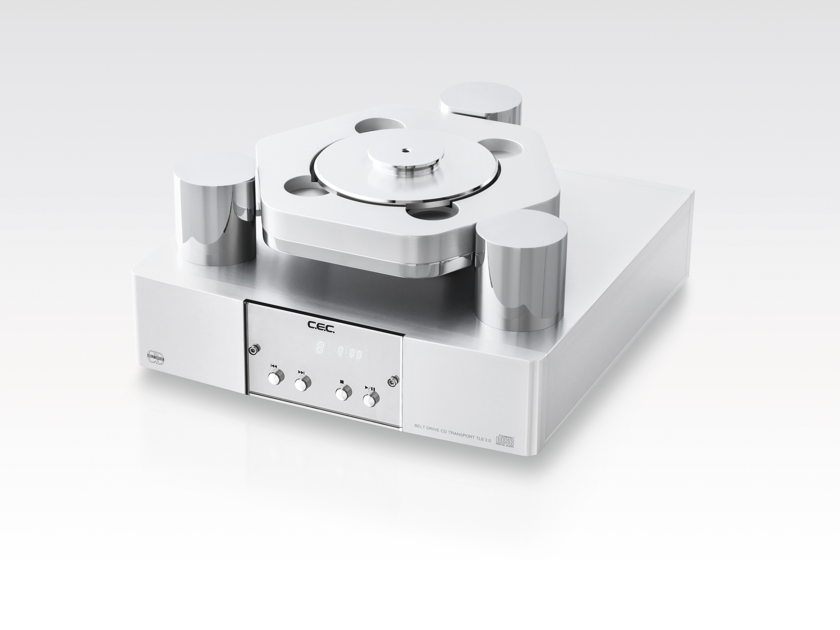 New in the box CEC TL 0 3.0 for the North America market. Silver. Shipped direct from the factory. Special pricing and product details on our web pages. Audio Union Since CEC introduced world...27400.00 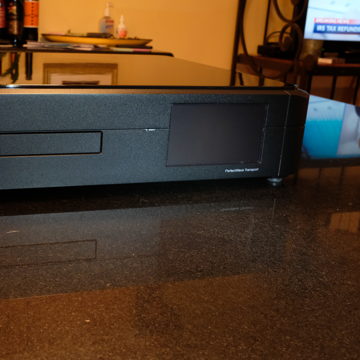 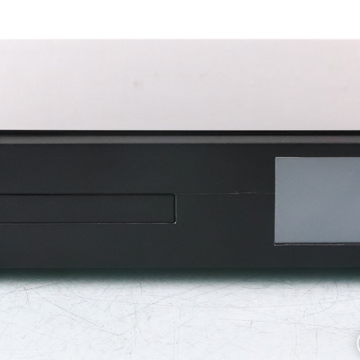 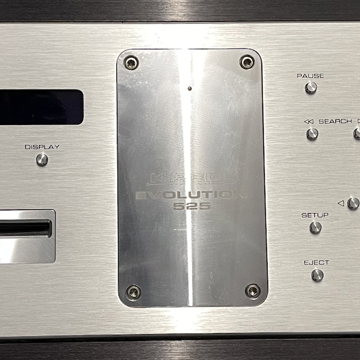 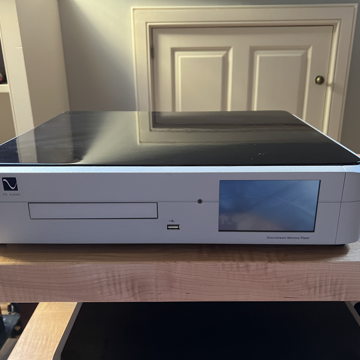 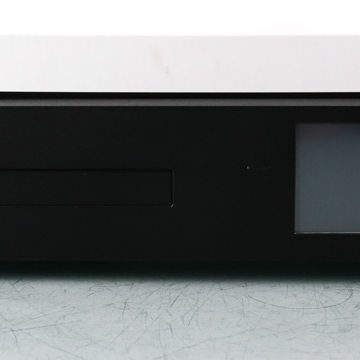 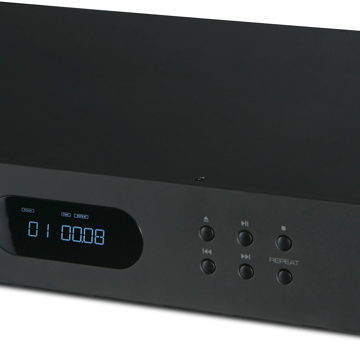 New in the box CEC TL 0 3.0 for the North America market. Silver. Shipped direct from the factory.

Since CEC introduced world’s first belt drive CD transport in 1991, a lot of music lovers have enjoyed its rich musical sound, which CEC continues to improve on. In every respect the TL 0 3.0 embodies a level of perfection that is unprecedented and breathtaking. Handcrafted and assembled in Japan, each TL 0 3.0 is rigorously tested after completion and then “burned in” before being certified.

CEC is legendary for precision. Conventional CD transports tend to amplify even the slightest vibration in the reflective surface of the disc due to the distance the laser beam has to travel. These micro-vibrations scatter light and reduce the integrity of the digital data stream. The TL 0 3.0’s revolutionary three part chassis suppresses micro-vibrations and resonances that cause unwanted noise and jitter in the data stream.

The elimination of jitter greatly reduces the distortion that too often characterizes CDs as digital rather than musical. CEC has achieved superior isolation of the TL 0 3.0 drive mechanism by using three spiked feet and a rubber-damped three-point suspension. The drive mechanism is a massive 30 mm sandwich of non magnetic materials with dissimilar resonances: a 20 mm aluminum plate and a 10 mm brass plate. To assure undisturbed operation of the laser pickup, all sources of electro-magnetic interference are physically isolated. The drive belt multiplies its torque to spin the compact disc on a precision spindle/thrust bearing assembly and supports a 125 mm diameter stabilizer clamp weighing 460 grams.

With inertia comparable to the most massive analog turntable, the flywheel effect of the TL 0 3.0 disc stabilizer achieves perfect rotational stability without the constant electronic servo corrections required in all other CD transports.

The servo PCB circuit has been redesigned to shorten the signal pass and strengthen the grounding. This will minimize the deterioration and the distortion of the digital signal recorded on the CD.

CEC’s original Superlink connection has been fitted for the first time in the TL 0 series. When connected to new CEC DA 0 3.0 D/A Converter via Superlink, the shortest and most direct digital signal transportation is available without passing through encoding and decoding procedure.

“ I would now like to take my hat off to this CD playback dream team which is indisputably in a complete class of its own!

The recording descended like a thickly woven carpet of sound in the listening room without stripping back any of the finest nuances within the structure of the pieces. The strings caress the eardrums, the trumpets blare loudly and are then punctuated suddenly by a second of absolute silence. It is fascinating to hear this silence and complete tranquility during playback. This is truly sensational!“

“I must tell you, that I have not heard such an analog sound for a long time. Standard descriptions like: resolving, detailed, etc., seem to be pale, bland and two-dimensional compared to what the CEC offers..“

"Upon listening, you get the feeling of being kidnapped and taken directly into the concert hall...

The CEC TL0 3.0 drive delivers an incredibly stable and quiet foundation on which the converter delivers a true Symphony of timbres. From the mechanics to the smallest detail for the noise immunity of the well-constructed massive TL0 3.0 drive from CEC, all provides for the foundations of an extraordinarily, monumental, natural musical experience to pack more into these products is currently unimaginable."

"The way that CEC system presents the physicality of drums, bass, trumpet, vocals finally, is simply incredible. It‘s very uncommon in the context of audio in general, not only for a digital player. In this respect, this performance was very close to the sound of an analog master tape ... and in many ways, it‘s even better sound than the one we know from the ‚live‘ events.“

"Marveling at the color I have not forgotten about the space (holography) and dynamics. Both are excellent, although one can indicate their certain tendencies. That includes bringing the image closer to the listener, which favors smaller jazz ensembles and classical music.“

"... the result sounds stunning because the drive has its accompanying equipment totally under control."

SUPERLINK is CEC’s proprietary digital signal transmission system that transports music signals and synchronization(clock) signals with separate cables. The SPDIF (Sony Philips Digital Inter Face) and AES/EBU(Audio Engineering Society/European Broadcasting Union) systems, commonly used in coaxial digital outputs and optical outputs, transmit both the music and clock signals through the same cable, and thus are prone to jitter effects caused by the signals interfering with each other. CEC’s SUPERLINK system transmits these signals separately with multiple cables, requiring no encoding/decoding process for data transmission. It minimizes deterioration of the music signal during transmission by using the clock signals from the D/A converter’s master clock generator to achieve complete synchronization. SUPERLINK is on TL2N, TL0 3.0, DA0 3.0, and the new DA SL.

MCK(Master Clock): The CD transport receives the master clock signal from the D/A converter through this line, and functions as a slave to the DA converter, enabling completely synchronized transportation of audio data.

DATA: Sends audio data from the CD transport to the DA converter.