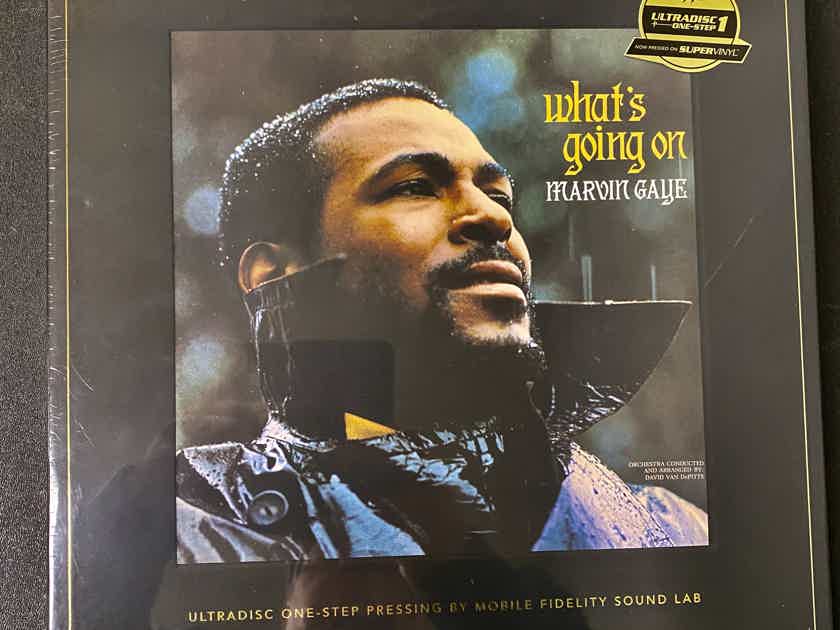 Audio Exchange is Richmond VA's Premier A/V Retailer. We've been in business over 40 years. As a high end dealer of major brands like McIntosh, Clearaudio, Rega, Music Hall, Focal, Luxman and many ...110.00 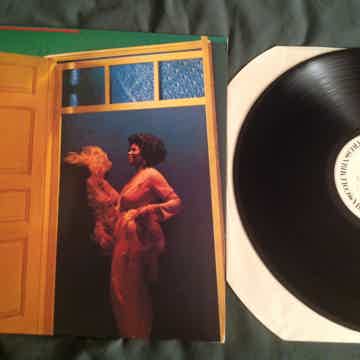 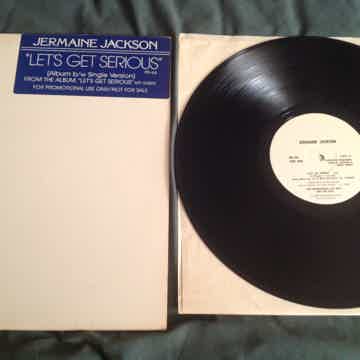 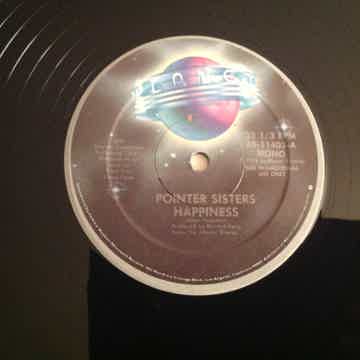 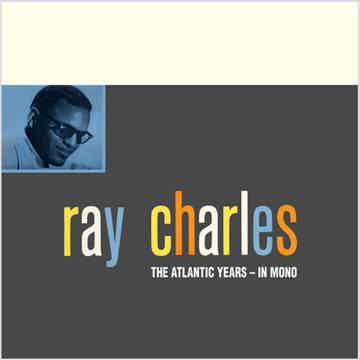 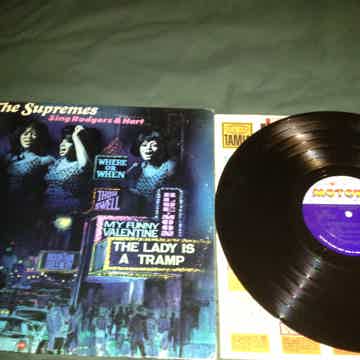 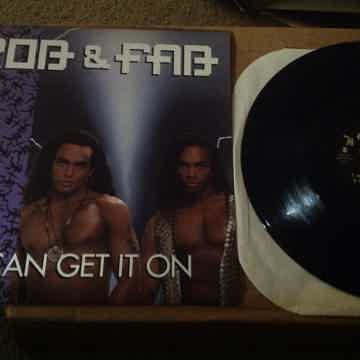 Audio Exchange is Richmond VA's Premier A/V Retailer. We've been in business over 40 years. As a high end dealer of major brands like McIntosh, Clearaudio, Rega, Music Hall, Focal, Luxman and many more you can buy from us with confidence.

This is Marvin Gaye's Classic "What's Going On" UltraDisc  One-Step Pressing by Mobile Fidelity Sound Lab. It is a New Sealed and Numbered Box Set. Hard to find as they are Sold Out Everywhere.

We will pack and ship within one business day.


Mastered from the Original Master Tapes and Pressed on MoFi SuperVinyl: The Ultimate Version of Marvin Gaye's Groundbreaking Album

Named the 6th best album in music history by Rolling Stone, Marvin Gaye's staggeringly influential What's Going On is pure soul genius and an ageless document about urban ills, employment issues, environmental concerns, and social responsibilities that's as relevant today as it was upon release in 1971. At once, the singer both revolutionized Motown's cache and upped the ante for his fellow artists. And now, the song cycle that toes the line between optimism, dismay, healing, futility, and urgency features sound and packaging that matches the groundbreaking arrangements, singing, and lyrical content within.

Developed by NEOTECH and RTI, MoFi SuperVinyl is the most exacting-to-specification vinyl compound ever created. Analog lovers have never seen (or heard) anything like it. Extraordinarily expensive and extremely painstaking to produce, the special proprietary compound addresses two specific areas of improvement: noise floor reduction and enhanced groove definition. The vinyl composition features a new carbonless dye (hold the disc up to the light and see) and produces the world's quietest surfaces. This high-definition formula also allows for the creation of cleaner grooves that are indistinguishable from the original lacquer. MoFi SuperVinyl provides the closest approximation of what the label's engineers hear in the mastering lab.

The lavish packaging, beautiful presentation, and pressing treatment of Mobile Fidelity's What's Going On UD1S pressing befit its extremely select status. Housed in a deluxe box, the collectible version contains special foil-stamped jackets and faithful-to-the-original graphics that illuminate the splendor of the recording. No expense has been spared. Aurally and visually, this reissue of What's Going Onexists a curatorial artifact meant to be preserved, poured over, touched, and examined. It is made for discerning listeners that prize sound quality and creativity, and who desire to fully immerse themselves in the art – and everything involved with the album, from the images to the textures and liner notes.

Incredibly, the record almost didn't get made. Motown head honcho Barry Gordy detested the iconic title track but soon realized Gaye's ultimatum to issue it as a single had merit. After selling 100,000 copies in its first days on the market, the release allowed Gaye carte blanche to make the remainder of the album on his terms – and to serve as its producer, effectively signaling his split from the Detroit label's iron-clad hit-factory approach. The results forever changed soul, Motown, and Gaye, turning him from a crooner and sex symbol into someone far more complex, vital, and relatable on a human level.

The societal themes coursing through What's Going On – largely concerning the American Dream and what it really meant, and if it could still be attained, and if so, by whom and for what cost – were largely informed by events of the time. Civil Rights riots, the assassination of Martin Luther King Jr., the Kent State shootings, as well as Gaye's own losses – the death of his duet partner Tammi Terrell, the unraveling of his marriage, the pressures he faced from the IRS for unpaid taxes – all prominently figured in the songwriting. Yet no subject mattered more than the Vietnam war and its returning veterans, one of whom was his brother. "I was very much affected by letters my brother was sending me from Vietnam, as well as the social situation here at home," the singer told Rolling Stone in an interview. "I realized that I had to put my own fantasies behind me if I wanted to write songs that would reach the souls of people. I wanted them to take a look at what was happening in the world."

Gaye matched the scope of his expanded lyrical palette with equally innovative arrangements steeped in jazz hues. Songs effortlessly flow into one another with layers of strings, brass, and vocal overdubs laid over the rhythm tracks. Vocally, Gaye pioneered a new dual-vocal approach by relaxing and taking inspiration from a Lester Young album, distinguishing the tracks with an unhurried feel reminiscent of a conversation – albeit one imbued with of-the-moment urgency. The sessions' vibes, developed in an atmosphere rich with marijuana smoke, are reflected in tunes such as "Flyin' High (In the Friendly Sky)." Environmental anxieties and spiritual dramas, meanwhile, form the core of staples like "What's Happening Brother," "Mercy Mercy Me (The Ecology)," and "Inner City Blues (Make Me Wanna Holler)."

Instead of utilizing the industry-standard three-step lacquer process, Mobile Fidelity Sound Lab's new UltraDisc One-Step (UD1S) uses only one step, bypassing two processes of generational loss. While three-step processing is designed for optimum yield and efficiency, UD1S is created for the ultimate in sound quality. Just as Mobile Fidelity pioneered the UHQR (Ultra High-Quality Record) with JVC in the 1980s, UD1S again represents another state-of-the-art advance in the record-manufacturing process. MFSL engineers begin with the original master tapes and meticulously cut a set of lacquers. These lacquers are used to create a very fragile, pristine UD1S stamper called a "convert." Delicate "converts" are then formed into the actual record stampers, producing a final product that literally and figuratively brings you closer to the music. By skipping the additional steps of pulling another positive and an additional negative, as done in the three-step process used in standard pressings, UD1S produces a final LP with the lowest noise floor possible today. The removal of the additional two steps of generational loss in the plating process reveals tremendous amounts of extra musical detail and dynamics, which are otherwise lost due to the standard copying process. The exclusive nature of these very limited pressings guarantees that every UD1S pressing serves as an immaculate replica of the lacquer sourced directly from the original master tape. Every conceivable aspect of vinyl production is optimized to produce the most perfect record album available today.