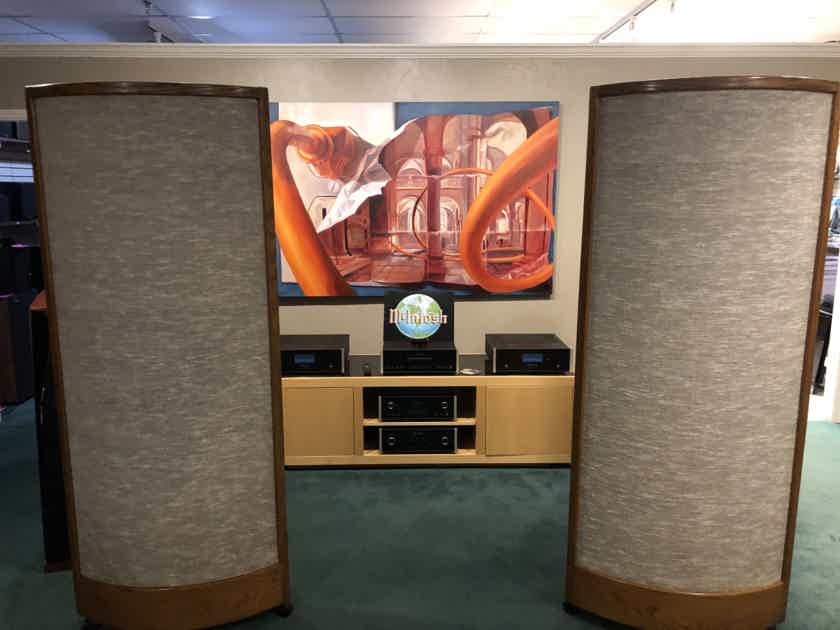 This post is for an original pair of Sound Lab A3 Electrostatic loudspeakers with built in step up transformers. These were professionally rebuilt by Sound Lab some 6 years ago at a cost of $3k and...3000.00 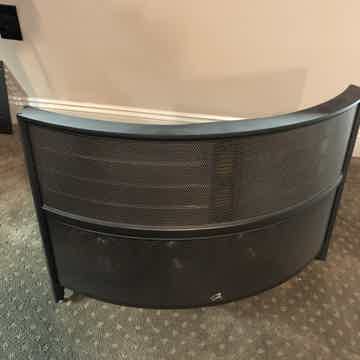 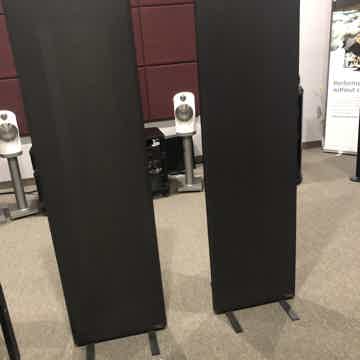 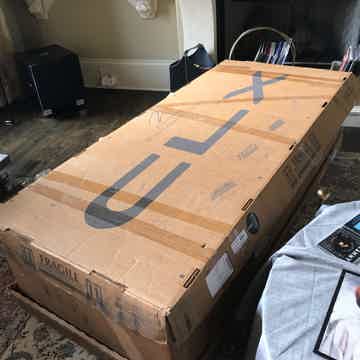 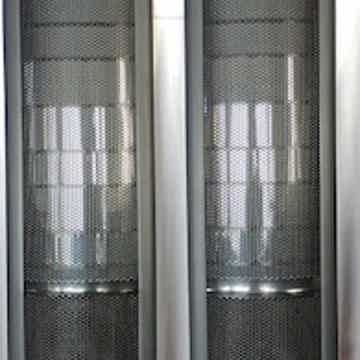 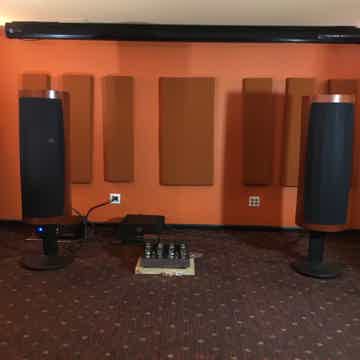 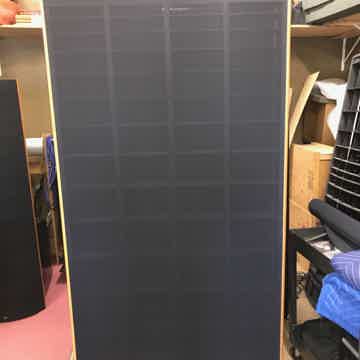 no longer for sale
This post is for an original pair of Sound Lab A3 Electrostatic loudspeakers with built in step up transformers. These were professionally rebuilt by Sound Lab some 6 years ago at a cost of $3k and they play perfectly. They flew a tech in to do the work instead of shipping them. These speakers are large and 145 lbs each, they would have to ship freight or be picked up in person. The consignee is also going to be delivering blk covers for them to change the color if needed. Have not seen them yet. Offered for $3000 plus ship or free local pickup. We would meet halfway up to 300 miles for a small fee.

Below is a portion of a review from 1986 done by Stereophile magazine. .

Roger West is the designer of, and the president of the company which manufactures the Sound-Lab loudspeakers.

His company has been making loudspeaker systems for many years, Sound-Lab maintains an extraordinarily low profile. It has never advertised anywhere, almost never submitted products for review to magazines, nor has it exhibited at CES for quite some time now (though their speakers were being used by both Rowland Research and Klyne Audio Arts at the 1986 Summer CES in Chicago). As a result, probably only a few thousand people have even heard of the company, let alone heard its loudspeakers.

The A-3. It is a full-range push-pull electrostatic with a curved (semi-cylindrical) diaphragm. Unlike another curved-panel electrostatic, the similarly-sized (and $900-lower-priced) Martin Logan Monolith, whose low end crosses over to a 12" cone woofer at 100Hz, the Sound-Lab A-3 is a true full-range electrostatic, spanning the entire audio band down to a claimed 32Hz without the use of a dynamic woofer. Also unlike the Monolith, the A-3's diaphragm is not freely suspended between its four edges to produce a continuous curved surface.

Instead, it consists of a number of small, vertically rectangular flat panels, arranged in a 90-degree arc. Each panel measures about 4" wide, and they vary in height from 2.5" to 7". The varying vertical dimension, and varying tensions on the Mylar film diaphragm, cause each radiating panel to resonate at a different frequency; careful choice of those resonant frequencies produces a controlled rise in overall response at low frequencies, which precisely (in theory, at least) compensates for the LF rolloff that normally occurs in a dipole system of this size.

The A-3 is large enough to impress, but, with its nicely patina'd walnut trim (with mirror-imaged grain patterns for the skirt strip at the bottom front of each speaker) and curved, horizontally ribbed black grille cloth, too attractive to offend or intimidate. Each speaker weighs 145 lbs, but are mounted on 5 castors so the speakers are easy to move to tweak locations and orientation.

The Sound-Lab A-3 is rated at 88dB sensitivity (1W at 400Hz input, 1m from the speaker). Assuming the manufacturer's 6-ohm impedance figure to be correct for midrange frequencies, 2.45 volts of input would be equivalent to 1 watt of power. If you fed one speaker with a 400Hz 1/3-octave warble tone at that level, and measure the output at 1m from the grille with a General Radio 1565-A SPL meter (tripod-mounted, 70 degrees incident angle, 40" height, C-weighted, Fast). our reading was 76dB, 12dB below the rated efficiency figure! Thus, the 100W minimum recommended power is by no means an overstatement.

Imaging from the A-3s is spectacular! With a mono source, the "image" remains tightly bunched between the speakers, with no perceptible wander either with changes of pitch or lateral changes of listening position, and this translates into almost incredible image specificity and stability from stereo sources.

The A-3s are the most perfect embodiment to date of an ideal loudspeaker system. Never in my life have I lived with a speaker that has brought, and continues to bring, as much pleasure, excitement, and satisfaction. In short, I am madly, passionately in love with their sound,

Due to items lost or damaged in shipping, any item over $50.00 in

cost will require delivery confirmation and insurance for the sale

amount. It is unfortunate that this is necessary but experience has

proven it is well worth the small extra cost. We apologize for this, but

it is for the good of all involved.

All listings are plus shipping unless noted. 7.00% sales tax added

to all In-state destinations. This unit is guaranteed to be in "as

described" working condition (unless otherwise noted) upon arrival and

has a 60 day limited warranty, baring any abuse. 15% restocking fee on

all returns unless defective or "not as described"

We ship internationally on smaller items . Domestic packages are

shipped via Fed Ex. All international shipping quotes will include

cost of shipping, plus a nominal fee for packaging materials.

International shipments to countries that do not allow insurance,

buyer assumes FULL RESPONSIBILITY for the safe shipment of their

packages shipped without shipping insurance. All shipping quotes for

purchase price, not including shipping, unless otherwise stated in the

ad. It must arrive back at our store in the same condition as

sent. 15% restocking fee on new items that were opened.

International purchases need to be returned with incoming custom's

duty prepaid, if any. Any postage or import duty that is due upon

arrival will be deducted from the refund. 15% restocking fee also on all

returns unless defective or "not as described."

Thank-you for your time and interest!