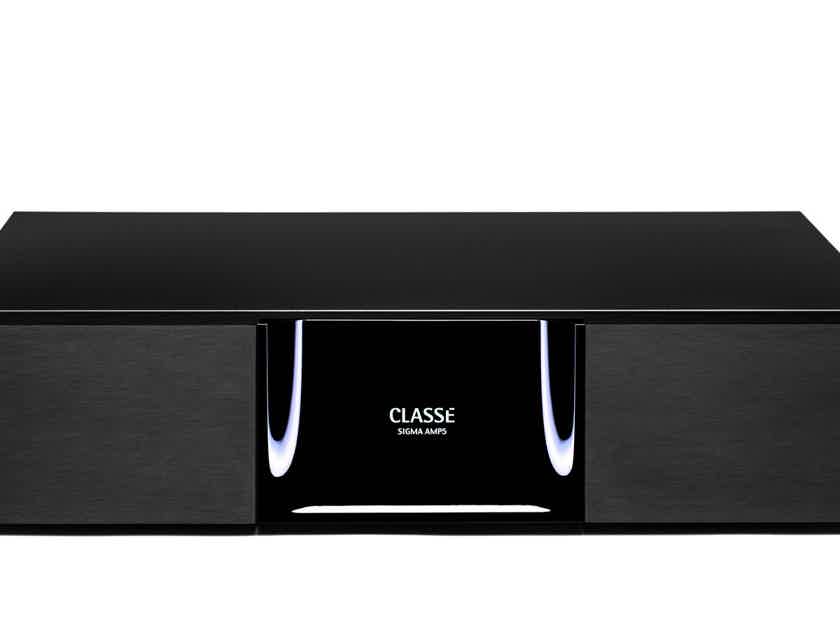 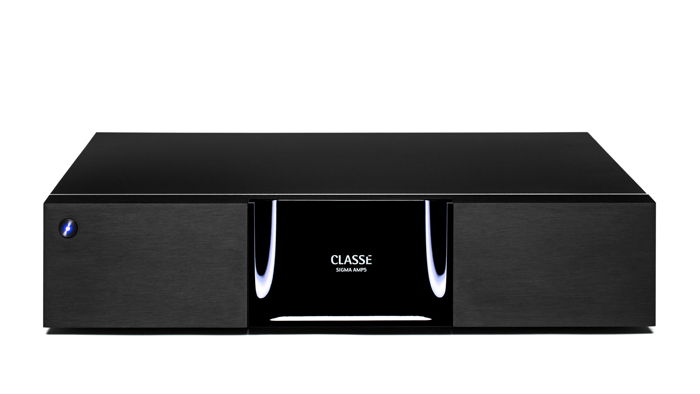 "Finally, a Class D amp that doesn't sound digital. The Classe AMP5 is a balanced, capable, and useful amplifier that is just as comfortable playing John Coltrane as it is playing John Mayer. It's an amp that can resolve the smallest audio cues yet, in an instant, roar into the most dynamic action your Blu-ray player and AV preamp can feed it. Make no mistake: no AV receiver at any cost can compete with a combination of a Classe Sigma AV preamp and an AMP5 on so many levels."
– Jerry Del Colliano, HomeTheaterReview.com

The Classé Sigma series AMP5 is a 200W/Ch five-channel amplifier derived from the AMP2, but with necessary part and layout changes to accommodate its five-channel architecture. Like the AMP2, it utilizes switching technologies for both power supply and amplification stages. A Classé-designed switch mode power supply with Power Factor Correction makes over 1,000W of clean and stable power available while being both compact and efficient. A new class D amplifier topology provides wide dynamic range, smooth and extended frequency response and rich harmonic detail to yield stunning sonic performance. The efficiency of class D adds efficiency, low heat dissipation and relatively small size to the list of the AMP5’s attributes.

Sigma series amplifiers are designed to pack tremendous power, performance and value into relatively small and energy efficient chassis. The Sigma series AMP2 is derived directly from the acclaimed Delta series CA-D200, sharing both power supply and amplifier circuitry. In the same way that the Classé CT series models use the same circuitry as the equivalent Delta series but in a different chassis, the AMP2 is actually the 200W/Ch CA-D200 in a Sigma series chassis. The AMP5 also shares these same power supply and amplifier topologies, but with the necessary changes implemented to accommodate its five-channel configuration.
The basis of the design is switching technologies, used in both the power supply and audio stages. A Classé designed Switch Mode Power Supply (SMPS) and Power Factor Correction (PFC) circuit, each operating at over 90% efficiency, provides a crystal clear reservoir of over 1kW of power. The low frequency dynamics, extension and control of these amplifiers and their ability to effortlessly drive difficult speaker loads can be credited in large part to the powerful and sophisticated power supply they employ. This combination of SMPS with PFC allows the Sigma series amplifiers to draw current from the wall throughout the voltage cycle, avoiding the sharp spikes of current drawn by conventional power supplies. Such sharp and short current demands cause high-frequency harmonics on the AC mains. By creating no such disturbance, the Sigma series amplifiers deliver their prodigious power while remaining effectively silent as far as the AC shared with preamp/processor and source components.

AMP2 and AMP5 audio circuits use a true digital architecture, taking advantage of DSP to solve an issue called dead-band-time, the greatest source of distortion in otherwise well-designed class D amplifiers. Dead-band-time, somewhat analogous to switching distortion in a class A/B amplifier, is the time when the plus and minus halves of the amplifier are both off; it should be as close to zero as possible and in this design it is less than three nanoseconds. With inherently low distortion, the Sigma series amplifiers use only a small level of overall negative feedback, helping to achieve low intermodulation distortion. Proprietary driver stage FETs ensure quick and precise switching of the output stage, contributing to the amplifiers’ vanishingly low dead-band-time and maximizing their efficiency. The critical output stage filters are then used to filter only the 384 kHz switching frequency, leaving the amplifier with a neutral, extended and open upper midrange and high-frequency performance.

The Sigma AMP2 and AMP5 owe their outstanding performance and value to the unique engineering and manufacturing capabilities of Classé in Montréal and the B&W Group globally. No other high-end audio designers have access to the resources necessary to deliver such amplifiers at such competitive prices. The AMP2 and AMP5 have been conceived and built as examples of quality and value without peer. They will stand as benchmarks in the advancement of class D amplifier technology.

*each channel supports 400W output into 4 ohms but the AC Mains/power supply cannot support all channels driven simultaneously at this level, which would require over 2,500W and only occur under a special test condition. Every channel easily drives lower impedance loads. 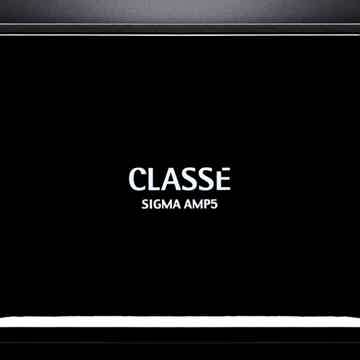 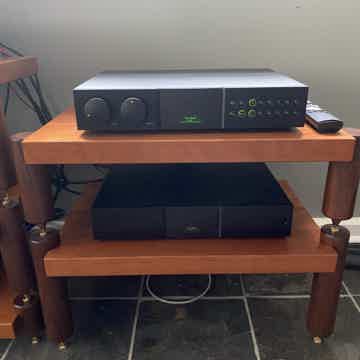 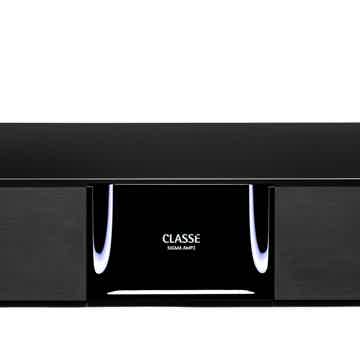 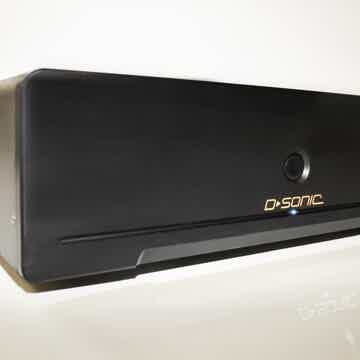 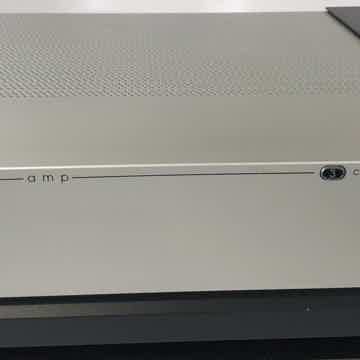