SIGN UP
LOG IN
Allnic AudioH-3000usedAudio Solutions has a fresh trade in Allnic 3000 phone preamplifier .. Original box and one owner ! Set up was a very easy three step process. First, take the shipping rings off of the eight ...9100.00 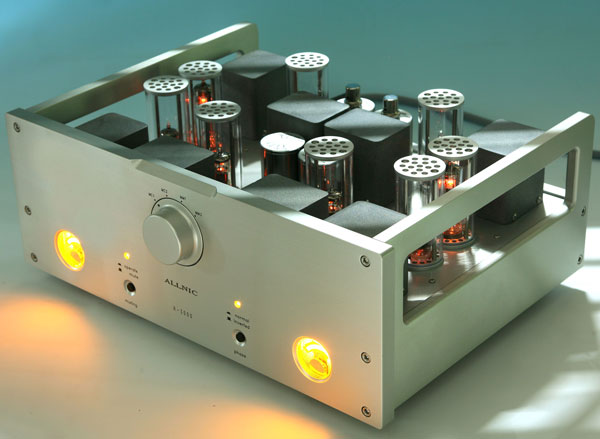 Audio Solutions has a fresh trade in Allnic 3000 phone preamplifier .. Original box and one owner !

The remaining four knobs deal with the equalization curves. One knob on each channel controls the turnover frequency and the other knob controls the treble roll-off. The selectable turnover frequencies are 700Hz, 500Hz (RIAA), 400Hz, and 250Hz. The selectable treble roll-offs are -16dB, -13.7dB (RIAA), -11dB, and -5dB. Refer to Note (1) if you want to know what these numbers mean. The owner's manual has a short listing of the recommended settings for the major record labels. For the settings for other record labels refer to the link in Note (1).

Once I had the H-3000 dialed in I listened to it exclusively for several months. My initial impressions of the H-3000 were very favorable. The H-3000 does need to be turned on for at least ten hours before it sounds its best. However, from a cold start, after being turned off for several days, the H-3000 still sounds very, very good. No matter what type of music I played, large orchestral, rock, small ensemble, soundtrack, heavy metal, ethnic, etc. the music was a joy to listen to. Even poorly recorded material did not sound that bad. Having gotten familiar with the H-3000V it was now time to start the serious listening.

I came to the following conclusions regarding the H-3000 when playing modern stereo LPs:

1) The H-3000 appears to be very neutral. It does not appear to add any colorations to the sound. Nor does it appear to subtract anything from the sound.

2) The sound is very liquid. There is no discernable graininess to the sound.

4) The imaging on these LPs with the H-3000 in my system is as good as anything I have heard from the LPs in any of the rooms in which I have played them at CES.

5) The music played through the H-3000 on my system was involving. I found myself tapping my foot or waving my air baton many times. I loved listening to all of the scores of LPs I played using the H-3000.

6) Music played through the H-3000 has drive, pace and rhythm. It is not the same as being in the concert hall, but it is as good as I have heard from these LPs in any room at CES.

7) With the H-3000 there is plenty of air on top. Triangles and cymbals shimmer and sparkle. A very impressive top end.

8) Drums, vocals, and instruments all sound very realistic on the H-3000 when compared to live music. Obviously, no recording will ever be the same as live. However, on well recorded material, the H-3000 can make music sound very life like.

9) The H-3000 adds a fullness, a richness to the sound of instruments and voices that is entrancing. At first I wondered if this fullness/richness was a euphonic coloration. I listened for this when I was at the concert, but did not hear that same fullness/richness when individual instruments were playing solos during the concert. When I was listening to the Young Person's Guide to the Orchestra with the H-3000 on the day after the concert I kept trying to figure out what the difference was between what I was hearing on my system and what I had heard in my seat in the mezzanine at the concert hall. I have sat in a number of different locations in the concert hall over the years. Each location has its own unique sound - all seats in a concert hall are not created equal. Based on my memories of the difference in sound at the various locations in the hall, my conclusion is that the H-3000 sounds most similar to the sound I heard in the Grand Tier seats in Copley Symphony Hall. The Grand Tier seats are at the front of the upper level, are very close to the stage, and have the best view and sound of any of the seats in the hall. And they are priced accordingly. I have only been able to sit there during rehearsals. Gee, with the H-3000 I can move from my $25 per concert season tickets to the $500 per concert season tickets.

If you think I am enamored with the H-3000V, you are correct. The H-3000V was a marvelous addition to my system. I will be very sorry to see it go. As a normal stereo RIAA phono stage it is a superb unit. I could listen to it for ten hours straight and love the music just as much at the end as I did at the beginning. Its ability to handle the major pre-RIAA equalization curves is a wonderful bonus. This ability to play most per-RIAA LPs unlocked countless hours of glorious music from my antique LP collection. There are only two drawbacks to the H-3000. The first is its price. It is not cheap. However, in comparison to other highly regarded phono stages which may or may not perform as well as the H-3000V the H-3000 it is actually a bargain. This is particularly true when you consider the cost and frequency of retubing. The second quibble that I have is that I wish the H-3000 had a few more options for treble roll-off so that more record labels could be properly equalized. More options, however, means more complexity, more parts and more cost. I think most people who are looking for a phono stage for their 33 1/3 rpm pre-RIAA LPs will be happy with the options that the H-3000 provides. If you are not, then you can always buy one of the US$20,000+ phono stages.

The H-3000 is expensive, but highly recommended. Even if you don't think you can afford it, you owe it to yourself to give it a listen. You will be glad you did.

0% Financing Available!! – Local Pick-up or We Can Ship!

LOCAL FREE PICK UP OR DELIVERY!
Freight Shipping will be calculated before shipping to your home or office. Speakers will ship on a pallet, strapped, wrapped, insured.

Audio Solutions is THE one stop shop for all your Audio/Video needs! 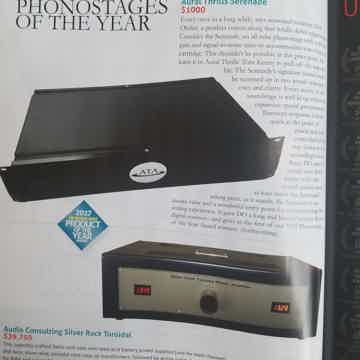 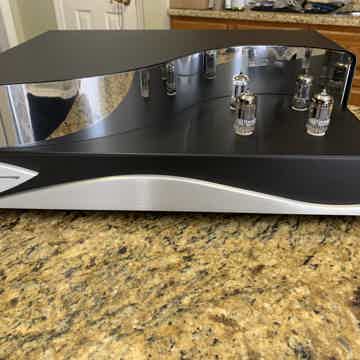 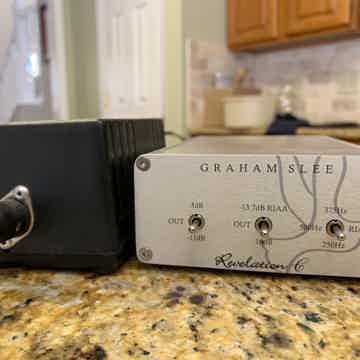 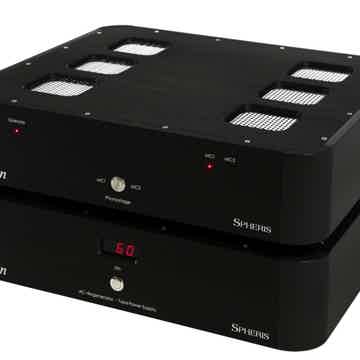 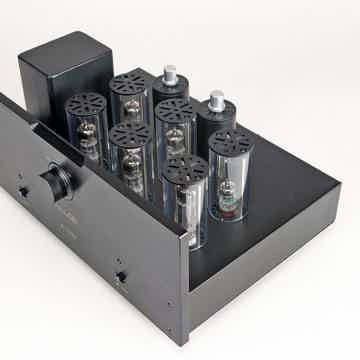