For the past five years I thoroughly loved and enjoyed these speakers. They are extraordinarily diverse faithfully reproducing all genres of music. That's one of the many features I love, they will...3000.00

For the past five years I thoroughly loved and enjoyed these speakers. They are extraordinarily diverse faithfully reproducing all genres of music. That's one of the many features I love, they will faithfully reproduce extraordinary base lines from rock right through the most delicate vocal reproductions. They are priced to sell because I have recently inherited a new Tekton double impacts.

Major European record labels use the 801 for monitoring and mixing classical recordings. But rock producers, who liked the 801 tonal quality, complained that it just didn`t play loudly enough. So B&W engineers set to designing a speaker that would produce thunderous volumes with accurate tonal balance and no distortion from a rational amount of power. Some speakers easily produce high sound pressure levels, but require 1,000 watts or more. B&W aimed for clean, high level sound from only 150-300 watts per channel, although integral protection circuits permit using 1,000 watts, if available.
The 808 is a 3-way speaker system utilizing 5 drivers: 2 10 1/2-inch woofers for the bass, 2 4-inch midrange speakers and a 1 1/2-inch dome tweeter for the treble, mounted in a bass reflex enclosure. The cabinet is nearly rectangular, with beveled front edges alleviating unwanted refractions from the front baffle. The enclosure is finished on all sides, permitting use without the front grilles. Two large switches mounted on the front baffle facilitate fine-tuning the midrange and high frequencies.

The midrange drivers are of particular interest, because they are manufactured from Kevlar, the same material used for bulletproof vests, canoes and tire belts. Because the material is virtually indestructible, it`s incredibly expensive to form. The advantage is that once formed it never deteriorates or changes shape, vibrates uniformly and it endures an enormous amount of movement without damage. The highly efficient crossover network that sends the proper frequencies to the proper drivers, also compensates for time and phase, so all the sound reaches your ears simultaneously. Previously B&W physically staggered the drivers for part of the correction.
The B&W 808 easily challenges any speaker for the title of ''best,''.The stereo imaging, which is placing the sound in its original or proper perspective is magnificent. The human voice sounds stunningly natural, stemming from highly accurate tonal balance of the midrange and high frequencies. B&W eradicated distortion, even at high volumes. Now my neighbors can`t tell if someone`s actually playing the piano or if the stereo`s too loud.

The 808 boasts copious quantities of bass, sound stage and you`re in for an experience. You might trade in your Orchestra Hall seats for a pair of these, and as good as being at a live concert. 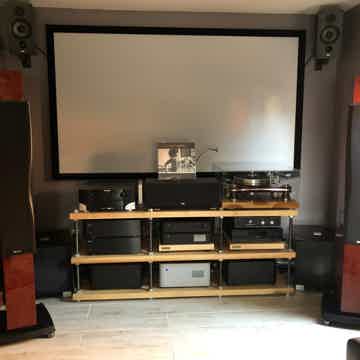 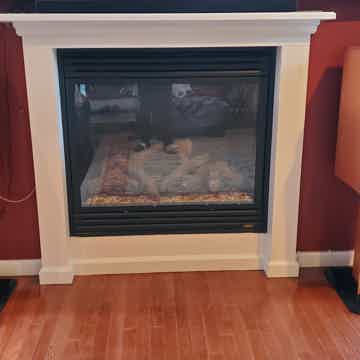 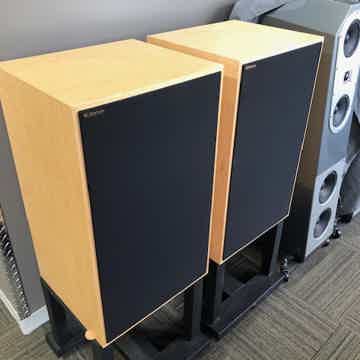 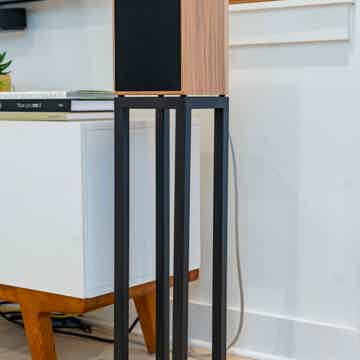