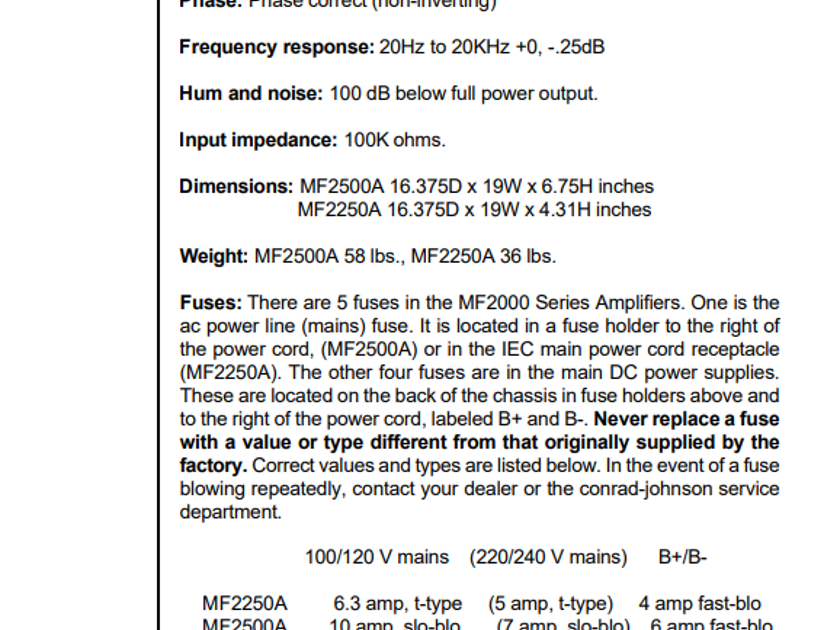 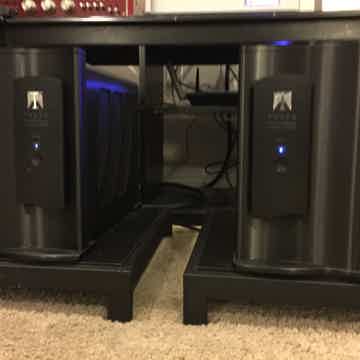 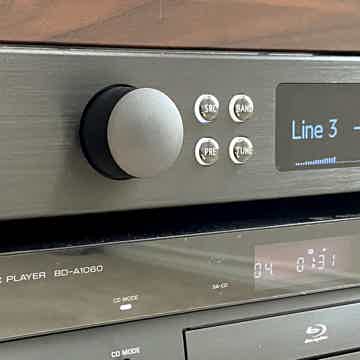 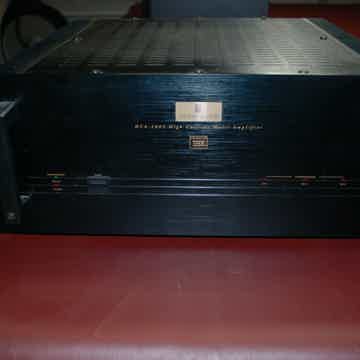 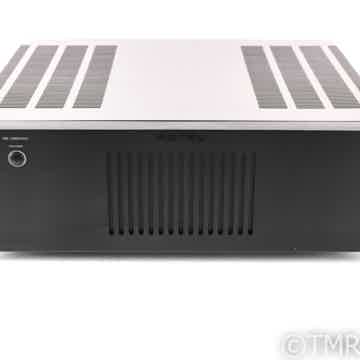 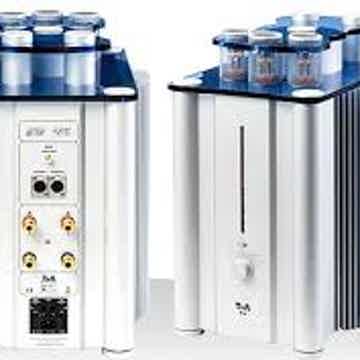 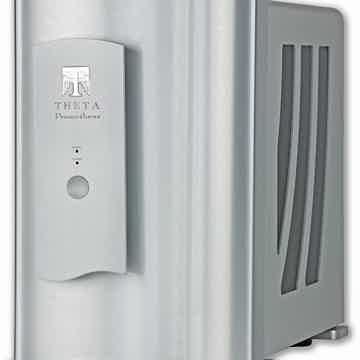 no longer for sale
This is a solid CJ Perfromer. The A series is the more sought after and best SS amp for the money. If you can not afford a Premier 350, jump on this as it is 85% the sound. This MF2500A is a 250w per channel amp. If you are looking for CJ sound but with out the hassle of tubes or a summer amp so its not so hot, this amp does it well.  BUYER Pays Paypal fee 2.9% to be added at end of sale and shipping is not cheap. This is a 90lb box.  SEE MY Reviews; my specialty is CJ and my specialty is shipping heavy amps.  From Stereophile- "Rumor had it that if the MF2500 amplifier had gotten any better in development, Conrad-Johnson would have had to include it in their "Premier" series. However, C-J's intention was to hold to the lower price of their established MF series, and so they have. Rated at 240Wpc and retailing for $3495"
FROM Stereophile Review:
"In the case of the MF2500, two key aspects have become firmly established. First, this amplifier offered the ability to play all the way to full output with consistent quality. Second, while the MF2500 won't put C-J's Premier Eight A monoblocks out of business, or even the smaller Premier Eleven A, its sound conveyed much of the general nature of a fine tube amplifier—a classic type of moderate negative feedback, wide bandwidth, and linear, push-pull design—coupled with greater dynamic range and sheer load-driving grunt.

Tonal colors were natural, never strident, thin, or hard. While the bass didn't have the kind of deeply extended impact of the biggest, most costly reference amplifiers, it was satisfying. Not only was the bass powerful—more than sufficient to do justice to cathedral organ at full stretch, and able to carry the low-frequency presence of a large symphony orchestra—it was also articulate, in terms of both detail and tune-playing. The bass also had a kind of bouncy, springy recovery that lent drive and interest to rhythm bass lines on jazz and classic rock.

Through the midrange, the MF2500 had a thermionic tonal poise that appeared to have a payoff in terms of natural image depth and perspective. While the amplifier's transparency was rated fairly well, the natural tonality helped create coherent, focused well-layered images. Stage width also rated above average, if a little more like that of a fine moving-coil cartridge than a CD source.

In the upper frequencies, the amplifier remained even tempered, well balanced, and even quite delicately resolved. String tone was nicely presented, and no false edge or breathiness was added to vocal sibilants. In fact, vocals in general were handled with near-tubelike quality and good clarity, and the inner harmonies of massed choir were well read, with well-maintained perspectives."