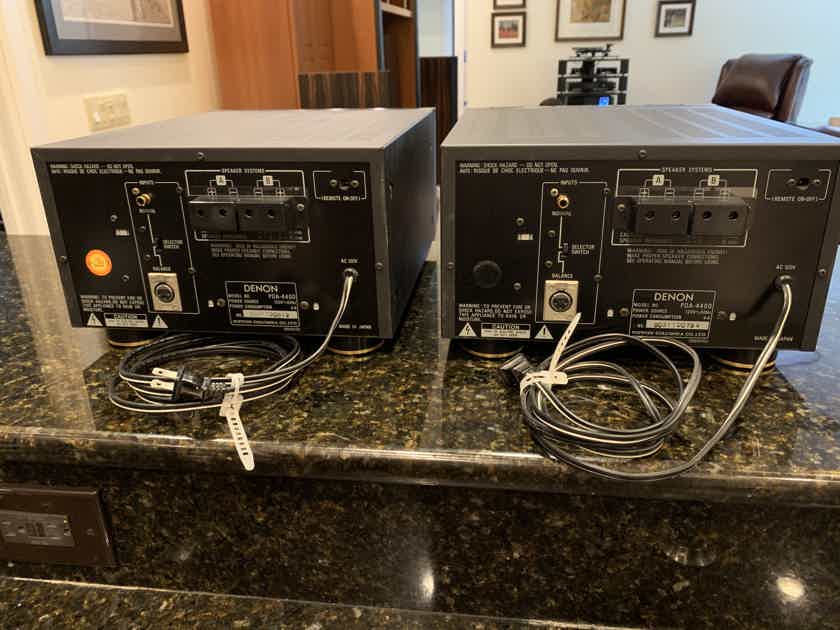 For sale are customer consignment Denon monoblocks and a matching preamp. The units are in very good condition however the original boxes have been discarded so it will be a local pickup at our cl...1100.00 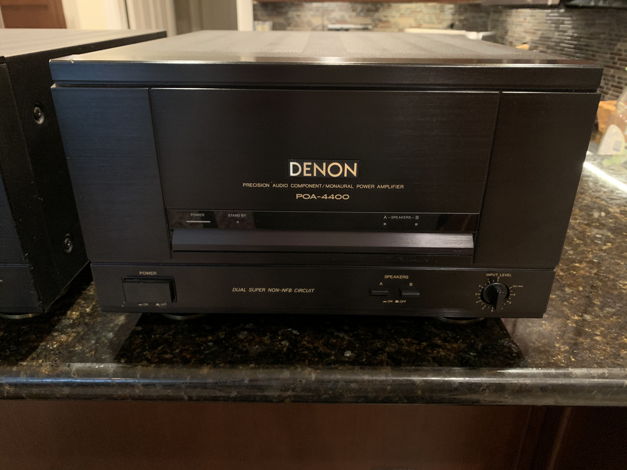 For sale are customer consignment Denon monoblocks and a matching preamp.  The units are in very good condition however the original boxes have been discarded so it will be a local pickup at our clients home in the Tampa area.  He is the original owner and we just removed the equipment to do a major system upgrade.

Here is some information found on the internet:

Denon make two single-channel (monophonic) power amplifiers which, price apart, basically differ in the number of paralleled output transistors employed and therefore in output power. This report refers to the lesser of the two, although in this regard lesser is a relative term and perhaps not entirely appropriate to a device which can continuously deliver some 175 Watts into an 8 ohm loudspeaker and over 260 Watts into 4 Ohms. As befits its capabilities this Denon power amplifier is large, heavy and generously executed. Not for them the self-effacing approach of our native products; anyone confronted by one of these will certainly be impressed at first sight, but there is also virtue below the skin and therefore sporting the £600 which a pair of these Japanese beauties will cost is not likely to prove a disappointment.

The POA-4400 is constructed on a bolted U-shaped framework of passivated sheet steel, the bottom section extensively perforated to provide ventilation. The front panel, through which the few control switches etc., project, is a heavy gauge, black anodized aluminium extrusion and this in turn is bolted to the front upright of the U; over it all fits a perforated sheet steel cover, finished in black enamel, completing the box. The whole rests on black and gold drum feet with rubber inserts. Internally there is an additional U-channel steel chassis running from front to rear which carries a large shielded toroid power transformer and a printed circuit board with the bridge rectifier, four 8,200μF electrolytic capacitors, fuses and minor power supply components. Bolted vertically alongside is a deeply vaned extruded heatsink on which the pairs of complementary plastics-encased output transistors are mounted. Spaced off this heatsink is a good quality pcb carrying all the small components associated with the input and driver stages. On the opposite side is another pcb with the control and protection circuits, the loudspeaker relays and more fuses.

On the rear panel are four very generous loudspeaker connecting terminals (which look as though they should also accept 4mm plugs but don't) balanced and unbalanced input connectors - Cannon XLR and gold-plated phono respectively- plus a switch to select one or the other and a self-shorting socket into which can be plugged a lead for a remote standby switch. A fixed two-metre, two-core mains lead is provided. The controls on the front panel are, Power On/Off, Loudspeakers A and B and a rotary input level control. Four illuminated indications oftbe state of the above control switches are provided.

The standard of construction and the quality of the components used are above average but not exceptional; there is evidence from the number of cross-connecting links on the pcbs and the amount of internal wiring that these amplifiers tend more towards the hand-made than the mass produced-none the worse for that of course. A couple of circuit features described in the literature are claimed to be novel. The first they have called 'Pure Current Supply' and appears to consist of dividing the total electrolytic capacity into two equal parts, coupling them by a "bridge construction common plate". This is a variant on the once common reservoir capacitor plus resistor plus smoothing capacitor arrangement. The second is somewhat more innovative: "The Denon Optical Class A Principle". By using a high-speed detector fed from the input to the driver stages and an isolating opto-coupler, they have provided a means of maintaining Class A operation of the output transistors up to medium power by sliding the bias in proportion to the demands of the incoming signal. Thus at up to the 20 or 30 Watts into which most musical programme material will fall, the output stage remains in class A. When idling there is a drop back to a small fixed bias, and this is also progressively returned to when the signal exceeds a certain value and higher output power is required; operation then becomes non-switching class B. In theory this avoids the usual problems in the crossover area and also the poor and often mismatched linearity of the npn/pnp output devices operating in their very low current condition. In practice it seems to work well, giving commendably low distortion figures at moderate outputs where the harmonics can be seen on the oscilloscope dropping into the basic background noise, itself only some 700μV RMS at the output (6 millionths of a Watt into 8 Ohms!) This good behaviour is maintained right up to 20kHz, and even feeding in fast bursts of signal did not fool it. What it does produce is a rather unusual chopping of the waveform when driven into clipping; which, however, ought to be a pretty rare event at these powers. At the time of writing the distributors did not have a circuit diagram available, so the reason for this minor oddity remains a mystery. Other measurements agreed closely with the specification, the power output at clipping, already quoted, being achieved when the mains input voltage was slightly below nominal at 234 Volts.

One point of departure concerns the frequency response, which remains flat at the unbalanced phono input only if the source has a low impedance, and on either input only if the level control is at maximum. Setting the latter at 50% showed a loss of 0.6dB at 20kHz and the - 3dB at 300kHz claimed (actually only -2dB) fell away to -17.5dB. This little design shortcoming, which goes to prove that nobody is perfect, is really only of academic interest, being completely undetectable audibly: 1 Volt of input signal produced 33 Volts at the output with the level control at maximum, which equals 136 Watts into 8 Ohms or 272 Watts into 4 Ohms, at which the onset of clipping was apparent. Absolute phase was preserved and stability with odd loads was maintained.

Listening tests direct from a top-grade CD player showed these amplifiers to be completely neutral, with no trace of crustiness at low levels and no change in characteristics at any volume level right up to the unbearable. Background noise was undetectable and no traces of interference from outside sources intruded. The remote control socket enabled them to be dropped into a stand-by mode when not required. This facility is very useful if they are to be positioned close to their respective loudspeakers, thus avoiding long leads which would have to handle considerable power. Hayden Laboratories and Denon are to be congratulated on getting this fine piece of equipment on to our market for such a commendably low price, where its performance and appearance rival that of mono blocks costing many times as much. I found the only let-down to be the six-language operating instructions which contain much which is irrelevant and some which is utterly confusing, such as advice to connect Left and Right loudspeakers "on the back panel" (of a mono amplifier) and reference to a Protector Button which does not exist on this model.

Here is some information on the preamp:

It has 5 analog line level inputs. Two tape loops, and a phono input, switchable for either moving magnet or moving coil cartridges. It also has two preamp outputs for driving two power amps, or for easy connecting of a subwoofer to your system. It also has a headphone input with a rear mounted level control for driving a wide variety of headphones.

Controls include bass, treble and balance controls. A variable loudness control, along with switching and recording selectors. Lots of useful functions.

Next Level HiFi is a premier retailer of the world's finest HiFi products. We operate by appointment and offer our clients the opportunity to experience systems not heard elsewhere. We are proud to support our business partners including: Aavik, Ansuz, Børresen, Dynaudio, Focal, Kudos, Naim, Nordost, Octave, Rega, REL, Soulution, & YG Acoustics. 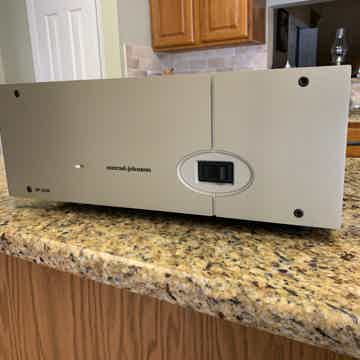 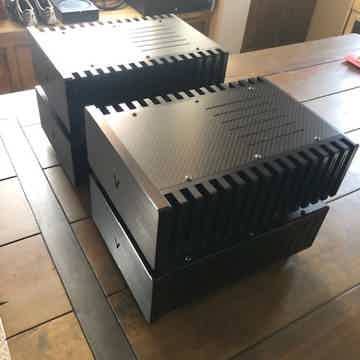 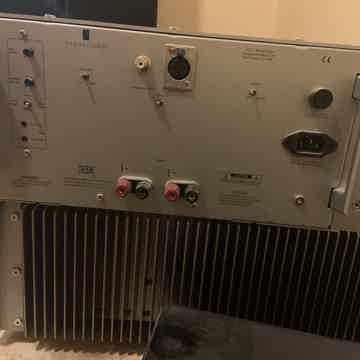 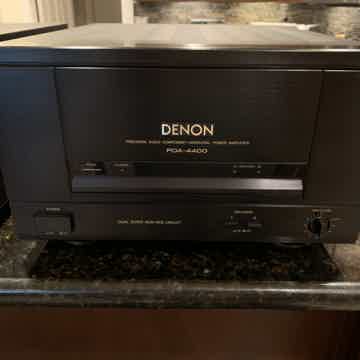 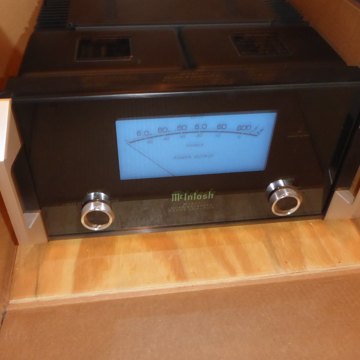