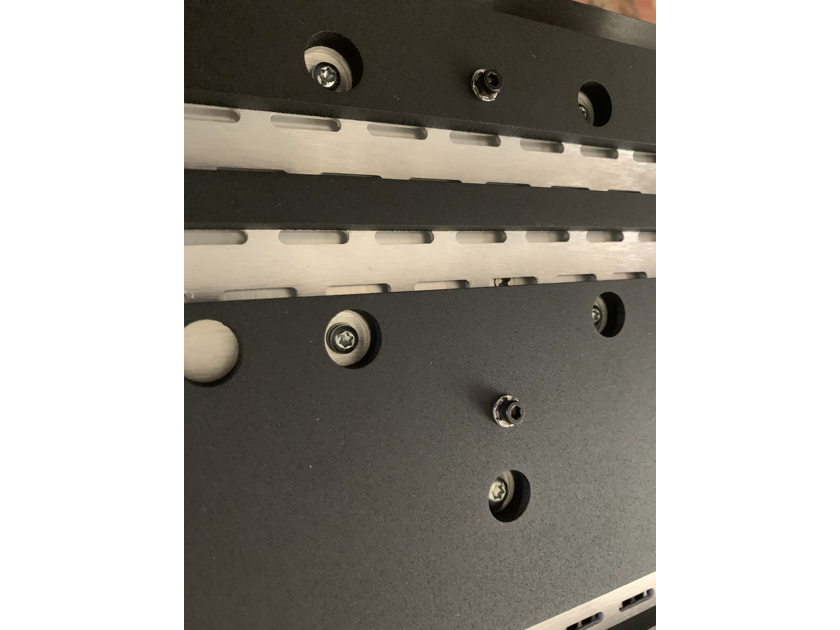 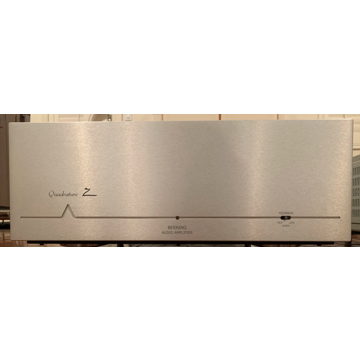 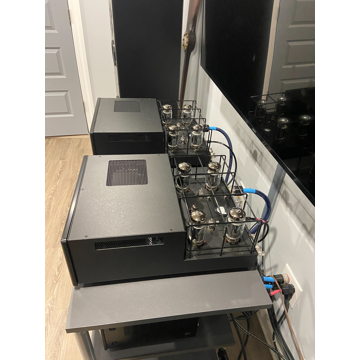 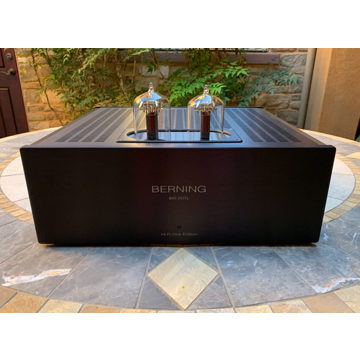 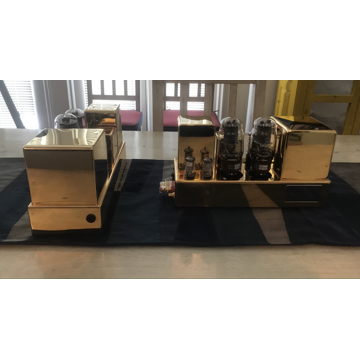 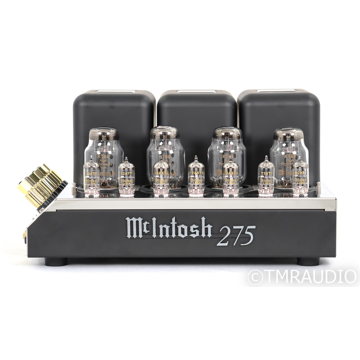 Auto biases to the 211 or 845 tube. Both tube sets are supplied with the amplifiers.

These amplifiers are Improved beyond the 2015 Absolute Sound amplifier of the year with SMc Audio’s (Steve McCormack) Gravity Base. A twenty-pound brass multi-layer damping and mechanical ground system built for Berning /Hi Fi One amplifiers. It forms the base of the amplifier, adding stiffness, rigidity, and a termination path for vibrational energy. The built-in Stillpoints OEM Ultra bases are installed and will accept any 1/4-20 pitch ’foot’. Thus providing the proprietary circuitry an idealized environment to reproduce sound with the least degradation.

Both 211 and 845 tubes auto-bias and the mono amplifiers are plug-n-play worldwide based on their high-speed switch mode, full power factor corrected power supplies.

Carlsbad California based demonstrations can be arranged by appointment. See my website for rbhifi1.com for reviews of the original amp and the demonstration system.

The 211/845 is unique in the way it strips away a kind of electronic tincture, leaving in its place a totally natural and believable musical presentation. With most superb systems, certain recordings can, at certain times, create a “fool-you” realism that sounds so lifelike you experience a sudden frisson. The 211/845 delivers such delights regularly, and with apparent ease. Moreover, the experience doesn’t last for a brief moment before the illusion collapses but is sustained for entire pieces of music. It’s quite a magic trick, conjuring a startling palpability by stripping away the last vestige of an electronic signature. It’s as though instruments and voices have been laid bare, with a natural and organic quality.

Reproduction of the human voice is a particularly stark example of this amplifier’s utter transparency. I could cite any number of instances, but two come immediately to mind as particularly vivid: Ella Fitzgerald on the 45rpm Analogue Productions LP of Ella and Louis and Jennifer Warnes on The Hunter[Impex LP]. On the track “Moonlight in Vermont” Ella’s entrance is genuinely startling, so convincing is the illusion of a living, breathing human being standing between the loudspeakers. The more modern recording of Warnes was rendered by the Berning with such immediacy that I felt that I heard her voice’s beautiful and unique timbre fully for the first time. In both examples, the Berning conveyed nuances of timbre, dynamics, inflection, phrasing, and expression in previously unparalleled abundance. Thanks to these qualities, the Berning is a crystal-clear window back through time to the original musical event.

There are no user-replaceable fuses, the amplifier’s protection circuitry is that effective. No more chasing expensive audiophile fuses. Or listening through one.