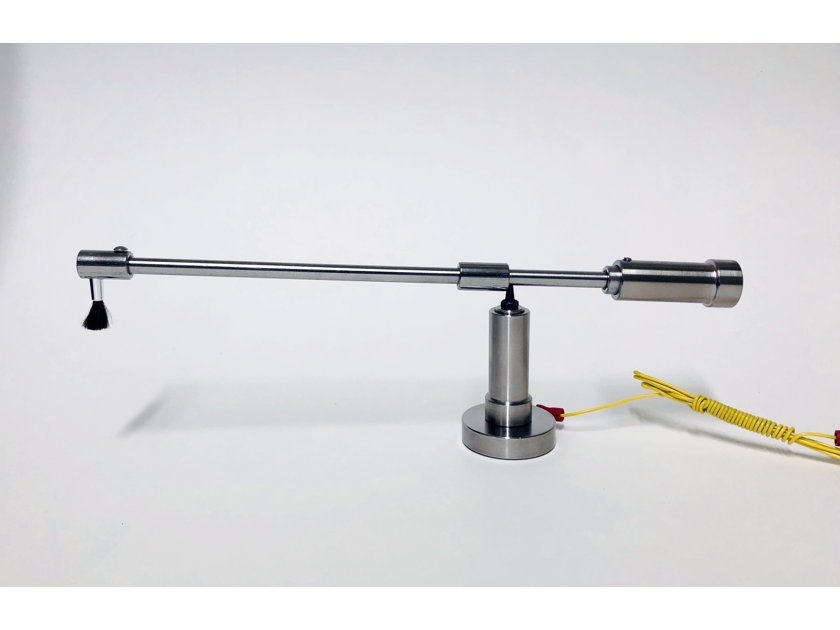 The perfectly balanced Uni-pivot arm allows the Camel Hair brush to gently track the grooves of the record. With adjustable tracking force you can control the speed of which the arm travels inward....250.00 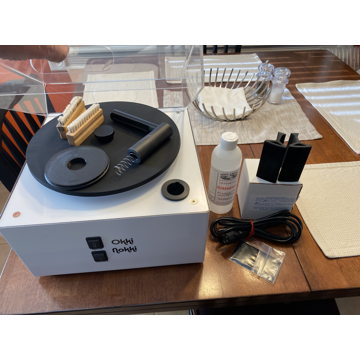 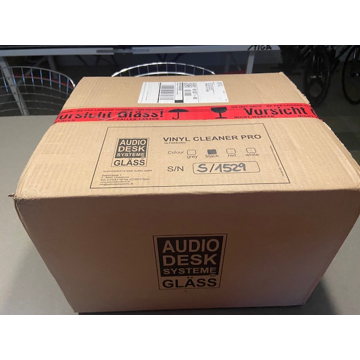 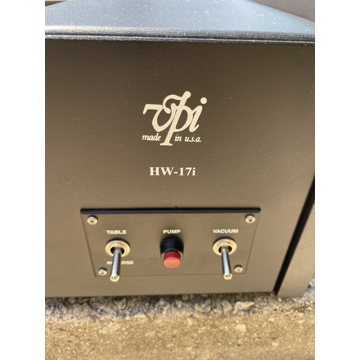 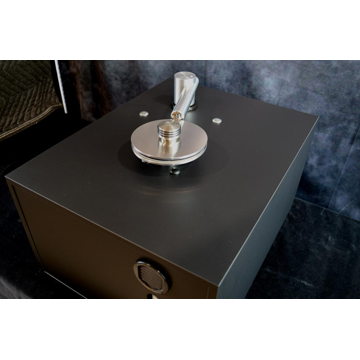 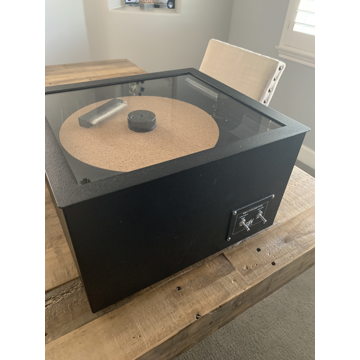 The perfectly balanced Uni-pivot arm allows the Camel Hair brush to gently track the grooves of the record. With adjustable tracking force you can control the speed of which the arm travels inward. The soft Camel Hair brush gently sweeps across the record picking up fine dust and drains the static build up thru a connected ground wire keeping your stylus dust and static free.

REVIEWS:
Gary Lea of Positive Feedback wrote (May 2020):
"...the Tru-Sweep has done an exceptional job keeping static to a minimum, and because it is in contact with the LP the entire time it is playing it is continually draining that static from the LP during the entire playing. This is unlike my previous grounded static brush, which did a good job when the album was first brushed, but did nothing for additional static interference when playing. My previous wand / brush was cheap and flimsy, and immediately hit the garbage once the Tru-Sweep was in place. This new unit is so superior. You can even remove the brush and wash it as needed..."
CLICK HERE to check out the entire review

CUSTOMER FEEDBACK:
"...where I live the air is usually dry and I was struggling with static build up on my VPI turntable. After playing an album then lifting the record, the edge of the mat would statically adhere to the record making popping sounds. The VPI mat would have come off the platter if it weren’t for the rubber retaining ring around the spindle. Sometimes while playing records I could hear the static popping sounds. I read about various methods for mitigating the static charge and ended up using anti static record sleeves but that didn’t help with getting records off the platter. When I saw the Tru-Sweep's design it made perfect sense to me so I purchased one. Installing the Tru-Sweep was straight forward, the instructions where easy to follow and the quality of the device itself is top notch. I’ve played multiple records without a trace of static buildup and the popping noises are completely gone. Removing the record from the platter is so nice without the static charge. I would highly recommend the Tru-Sweep anti static device..."

"...I was skeptical that this would work, but it actually does a great job in decreasing the amount of static build up. I have noticed a large improvement with my records and am considering getting another one for a second turntable. I highly recommend this for your vinyl collection..."

"...this thing is a pretty sweet setup. The build quality is first class. It is all stainless steel, with a camel hair brush and it has some weight to it. It will work with any turntable and is very easy to setup. I must say the Tru-Sweep Anti-Static Dust Cleaner/Sweeper works as advertised. My main problem is static that builds up on a record as it is playing. We all have those albums that click and pop no matter how much we clean them. Even after using a Zerostat I still have clicks and pops.The first album I chose was one that is loaded with static during playback. The Tru-Sweep did an impressive job during playback. Now not all of the static click and pops were eliminated but I would say 85% were gone and this is on probably the worst sounding album that I own. This tweak does work. Next I played an album that is pretty clean sounding and got some interesting results. The album sounded even quieter. The background was blacker and the recording overall sounded better, something I was not expecting. Now I am not saying that this item will cure all of your vinyl playback problems but I can say that every album I have played so far has sounded cleaner and significantly quieter. I think it is a good investment for your turntable and more importantly it works!"

"...I’ve had issues with static electricity...it seems like forever. I’ve had soooo much static that it sometimes shuts down ( self correcting micro processor protection circuit ) my Gryphon Diablo 300 when I flip from side A to B on my VPI Aries Limited 12" 3D. You can feel the static pulling on the record as well as hear it as you flip it. Listening to my vinyl was supposed to be relaxing NOT driving me insane. I got rid of my Record Dr and purchased an Okki Nokki record cleaner and a Furutech Destat 3 , and a huge humidifier which helped. I then had to ground my Aries platter/bearing, tonearm base and both balanced and single ended junction box. From there I finished up with grounding that to my BAT VK -P10SE then to my Gyphon and then to the outlet plate screw. I finally was making some headway but it didn’t address the static generated by the record spinning and the dust it attracted. Took a chance on the Tru Sweep and it just blew me away and I just sat and listened. I went from side A to B and listened some more. Noise floor dropped and all that was hidden came pouring forth. It sounded absolutely beautiful just like side A and didn’t have to destat or " re-clean" with the Okki Nokki between sides. The Tru Sweep just really rocks, and it’s pretty inexpensive after you hear what it can accomplish with your playback..."

AVAILABLE IN 3 SIZES - SMALL, MEDIUM & LARGE
All are crafted in solid steel (304 & 316 Surgical Stainless Steel) and have solid round bases & solid rods. Measure from top of the plinth to the top of the platter to get the size you need. For Custom heights, contact us. Specially customized models available for special tables from $299 requiring longer arms with compatible height.

CLICK HERE for more information or to place an order.