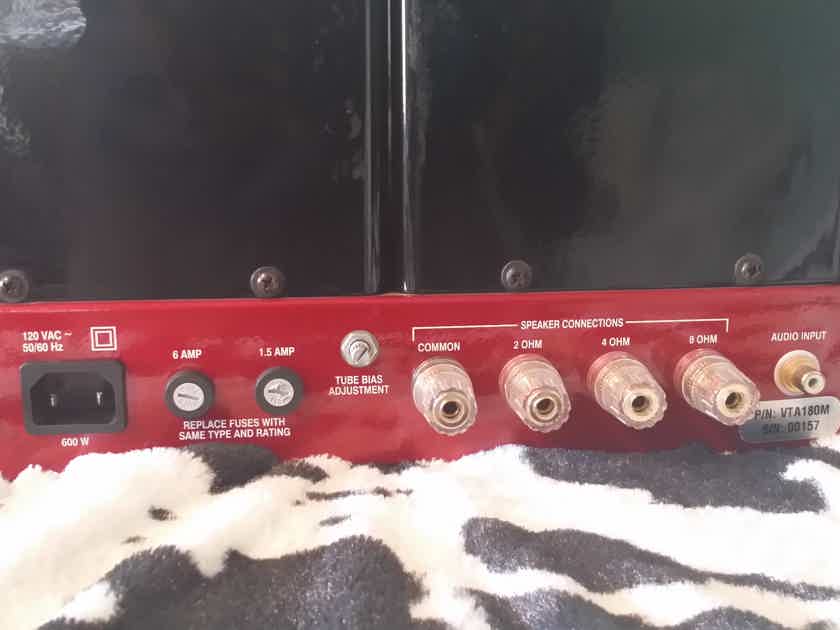 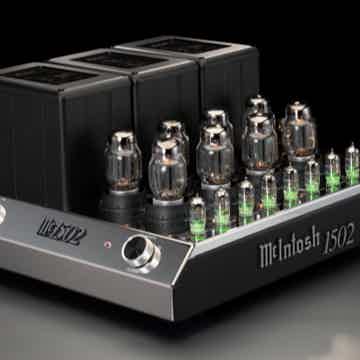 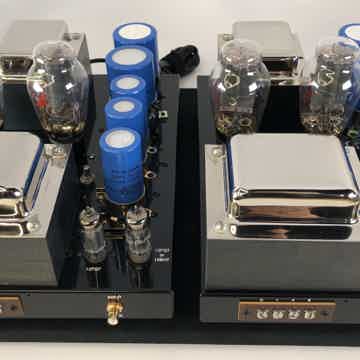 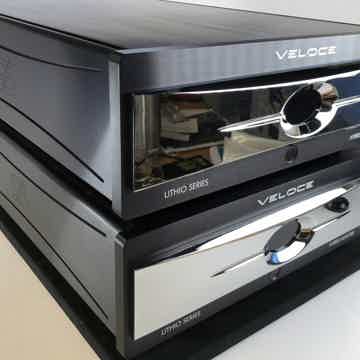 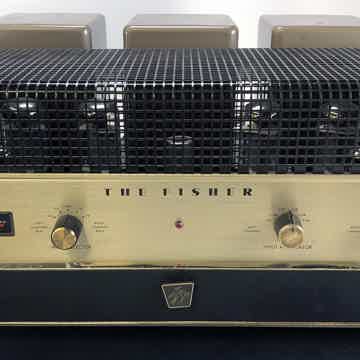 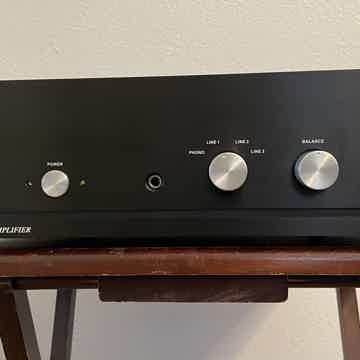 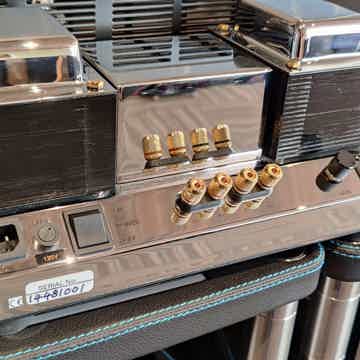 These amps were bought brand new VTA180M Cherry Red Monoblock's using KT88 power tubes that I straight away had Bob Carver upgrade and re-spec using the uber-powerful KT-150 power tubes. He also modified the circuits to work with my Martin Logan "Spires" Electrostats, with an impedance of under 1 ohm @ 20KHz.
These amps are in effect better than his VTA305M amplifiers with 305W per channel in 8 ohms, 440W in 4 ohms, with the capability to work with less than 1 ohms loads. These amps are the pre-cursors to his Crimson RED 350 amps with less than 1-ohm load capability.
The power specs of these amps are similar to the more powerful Crimson RED 350 amps, where both amps produce 440W and 400W in 4 and 2 ohms respectively.
In essence, with my Bob-Carver modified VTA-305M (+plus+), you are getting 87% of the power in 8 ohms and 100% of the power of the more powerful and expensive Crimson 350 RED amplifiers (~$10K) at a significant fraction of the cost.
Crimson REDs use KT120 tubes. My amp uses more powerful and more musical KT150 tubes.

These amps are individually hand-signed by Bob Carver himself (see pics)!
Specs are shown below. Bob Carver's measurements shown in BOLD. The rest are the same as his stock VTA-305M monoblocs.

Noise: > 123 dB A-Weighted referenced into 305W watts ... Bob carver says "better than solid-state". I can confirm that these amps are dead silent and this number is better than the best and quietest DACs out there...almost 21-bit performance. Full HD/Ultra-HD audio performance!

Distortion: Less than 0.5% (... 0.32% for these modified amps at rated power. Though it's an order of magnitude less (10X or more) at normal listening volumes)

Bob Carver says of this custom design "This amp is going to sound stunning!", "There is no doubt in my mind that they will sound stunning!", and after the mods were finished ... "Listening tests confirm we are in the presence of greatness!" ... and I heartily concur !!!

Many positive reviews of the VTA180M or VTA305M abound online.

I personally recommend a 72-96 hour tube burning before serious listening tests are done since tubes have been dormant for almost 4 years in a temperature-controlled storage room.

Construction Method: Point-to-Point hand-wired axial and radial leaded components with star grounds and no circuit board traces or de-pluggable connectors.

Soft PDF Manual for the VTA-305M can be provided. It is also available online.