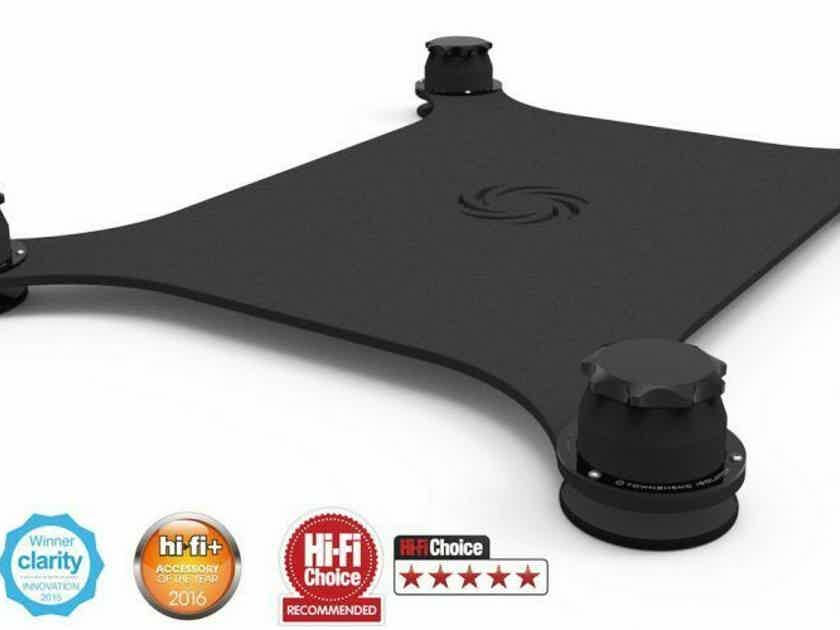 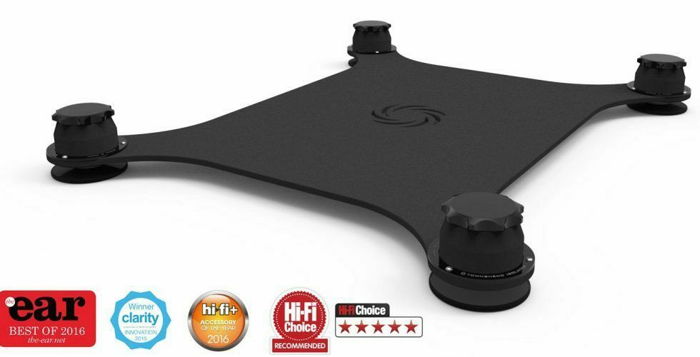 PLEASE CONFIRM WHICH SPEAKERS YOU OWN SO CORRECT SIZED PODIUMS ARE SUPPLIED THANK YOU.

HIFI + THE EDITORS CHOICE 2020 TOWNSHEND PODIUM
"Townshend Audio has been making products that break the link between speakers and ground-borne vibration since the 1990s, and these have been constantly. The Seismic Podium adds a mere 2cm to the height of a loudspeaker. This is important not just for obvious centre-of-gravity reasons, but because boundary proximity affects low frequency performance, so raising a speaker up too far will make for a leaner bass than originally intended.
The Seismic Podium is also rather more professionally executed and finished than earlier designs. The central footplate is designed to withstand the abuse of spikes, but in most cases you are better off just placing the speaker on the platform ‘bareback’. The Podiums have an adjustment for floor level and some adjustment for weight displacement. This last is useful because the weight of many loudspeakers is not evenly distributed. “The effect of putting a speaker on the Seismic Podiums is quite dramatic,” says Jason Kennedy, adding that people who heard loudspeakers on and off the Podiums, “couldn’t quite believe the improvement in coherence and timing it wrought, and the extent to which the sound is able to escape the boxes. Then there’s the bass, which is suddenly incredibly articulate, three dimensional, and powerful.” In sum, he said, “In all honesty, I’d say you don’t know how good your speakers are until you isolate them from the floor.”

"The way it removes the speaker's interaction with it's surroundings is mind blowing, bringing clarity to the entire frequency range that enables it to communicate more effectively with the listener. You haven't truly heard how your speakers can perform until you've placed it on one of these Seismic Podiums.
Townshend Seismic Podiums produce a result that goes way beyond what you might expect from ‘speakers on springs’. To get an improvement in absolute resolution, precision of timing and solidity of stereo image from something so apparently simple is extraordinary. These things really do change the game, move the goalposts, and revolutionize the way we should think about speaker support. This is not an accessory… it’s an essential. Jason Kennedy- The Absolute Sound

"Enthusiastically recommended." Lee Dunkley - Hi-Fi Choice.
“So what do Seismic Podiums do for sound quality? If I said “everything” you wouldn’t believe me, but the answer is not far off. They dramatically increase low level resolution so you can hear more detail, they clean up the bass like you wouldn’t believe and the improve dynamics and speed.” Jason Kennedy


“The Editor and two other HiFi+ reviewers already use Podiums under their loudspeakers, and speaker companies are taking note, too. This is a real loudspeaker game changer and could spell the end of loudspeaker spikes for many listeners.”
HiFi + review Jason Kennedy

Genuine speaker isolation is hard to achieve, but thanks to decades of R&D, Townshend Audio has managed to make an isolation base that cuts out energy down to 3Hz and does so in a stable and easily installed fashion. Now all the company has to do is let the audio world hear the benefits. It won’t be an easy job, and there will always be those who prefer the character that spikes bring. But for anyone that’s genuinely interested in what’s on the recording, on hearing more music, they represent a major breakthrough in the pursuit of high fidelity, and that is what this game is all about. But don’t take my word for it, get a demonstration, see the light, and hear the difference!
Townshend Seismic Isolation Podiums are suitable for all Loudspeakers and Sub-Woofers" Jason Kennedy HIFI+ https://www.hifiplus.com/articles/townshend-audio-seismic-podium/ 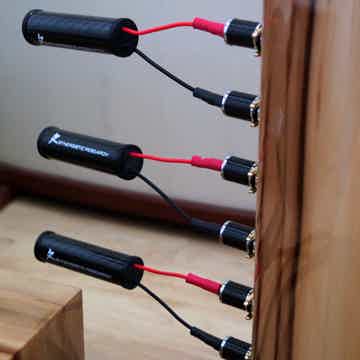 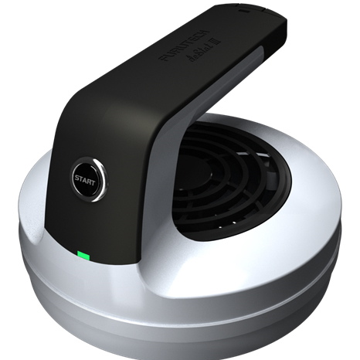 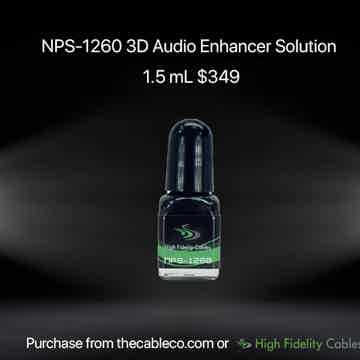 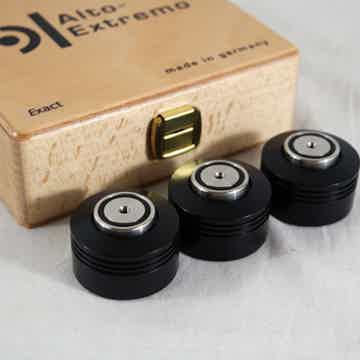 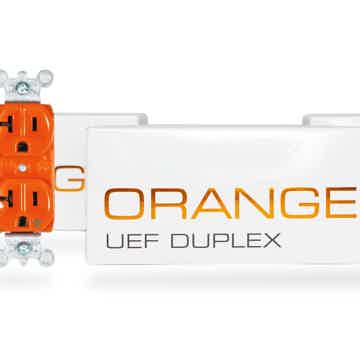