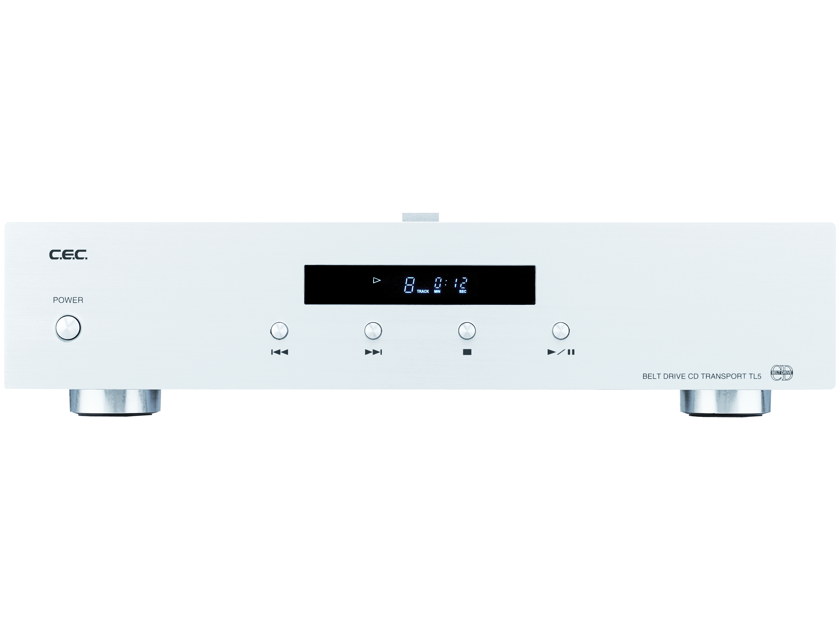 New in the box, ships direct from the factory. Warranty and service provided by Audio Union, the source for Genuine CEC products in US, Canada, Mexico, Central, and South America. For sales to Mexi...3125.00 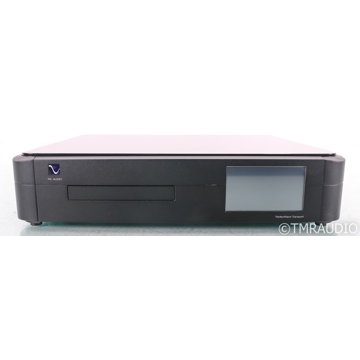 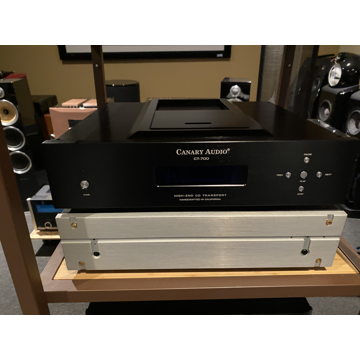 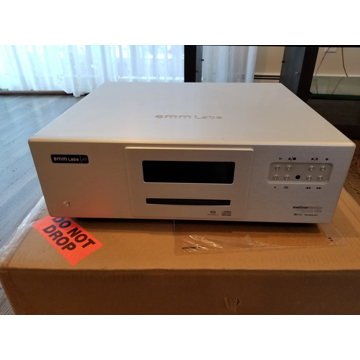 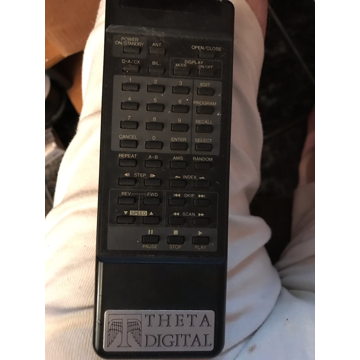 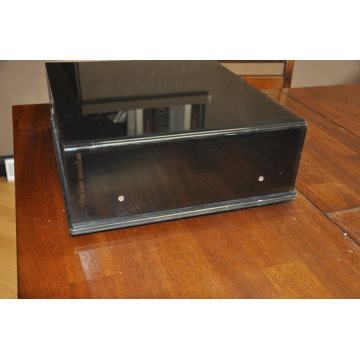 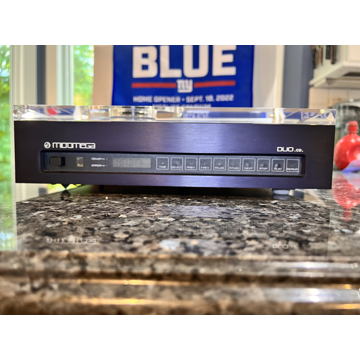 Independence Day Sale on Standard and Upgraded TL5 is available at Audio Union.

Since CEC introduced world’s first Belt-Drive CD Transport in 1991, a lot of music lovers have enjoyed the rich musical sound, which CEC continues to improve on. A high rotational stability is a achieved with a heavy stabilizer and the Belt-Drive system eliminates the affects of mechanical vibration. The effects of electromagnetic motor noise caused by the motor rotation are minimized by moving the motor away from the electronics.

In order to read the signal recorded with Constant Linear Velocity (CLV) on CD, rotation speed should be slowed down as it goes to the outside. Usually the spindle motor controls the variation of speed. All CD players and transports place the spindle motor beneath the turntable for CD and the motor shaft works as the turntable center, this is called direct drive system. Stable and accurate rotation requires a bigger torque of motor itself, which inevitably creates certain vibration and the electromagnetic noise. In CEC TL 5 the spindle motor is placed independently from the center shaft and vibration as well as electromagnetic noise effect to the CD are thus minimized. A heavy CD stabilizer provides bigger inertia of turntable and achieves a stable and smooth rotation of discs. Smaller torque motor and longer distance from the motor to the center shaft (turntable) create the ideal fundamentals of music reproduction.

The new CEC TL 5 features multiple digital outputs: AES/EBU, COAXIAL and TOSLINK. The shortest possible signal pass and stability of signal quality have been maintained by direct mounting of all terminals to the single circuit board. Superior Fluorescent display can be dimmed and even disconnected.

By placing the turntable shaft in the center of the top loading open space the rubber belt replacement is now done with ease on the CEC TL 5.

The word about the musical cohesion, the rich detail and emotionally gripping „analogue-like“ sound got out very quickly. No other CD drive has sounded so analogue to this day. There has seldom been higher quality compact disc playback in this price class!

With the belt-driven CEC TL 5 in the system, one can benefit from the advantages of this type of drive. The newest CD belt drive by CEC helps improve the tonal progression.

Test reports in international magazines as well as the testimony of our satisfied customers worldwide confirm that we have achieved our musical objective: music reproduction on its highest level.

“CEC’s TL5 transport is living, breathing proof that less really can be more. This is good old Red Book, with the emphasis on the ‘good’.”

“...Among the four CD transport by the Japanese manufacturer CEC, the TL 5 is at the lower end of the price range. In view of the very high playback quality, this solid device offers an outstanding price/performance ratio. Combined with an appropriate DA converter, a digital pre-amplifier and power amplifier, this opens up a highly interesting as well as recommendable entry opportunity in the upper quality regions of CD playback. An addition plus in the TL 5, is the belt-drive principle that is used. As a buyer, you cannot do anything wrong!.”

"In fact, the performance of the new mechanism is so impressive that it has forced a major update in the twin-belt design
-- hence the new TL2N. But the best news of all is that the new TL5 comes in considerably cheaper than the TL3N it
replaces – around €1000 less, depending on country. With both Marc Mickelson and Roy Gregory using CEC transports on
a regular basis, you can be sure we’ll be keeping a close eye on these new, more affordable models."

"My expectations on playing the TL5 left me overwhelmed. This was a CD transport on a grand scale but requiring minimum expenditure."