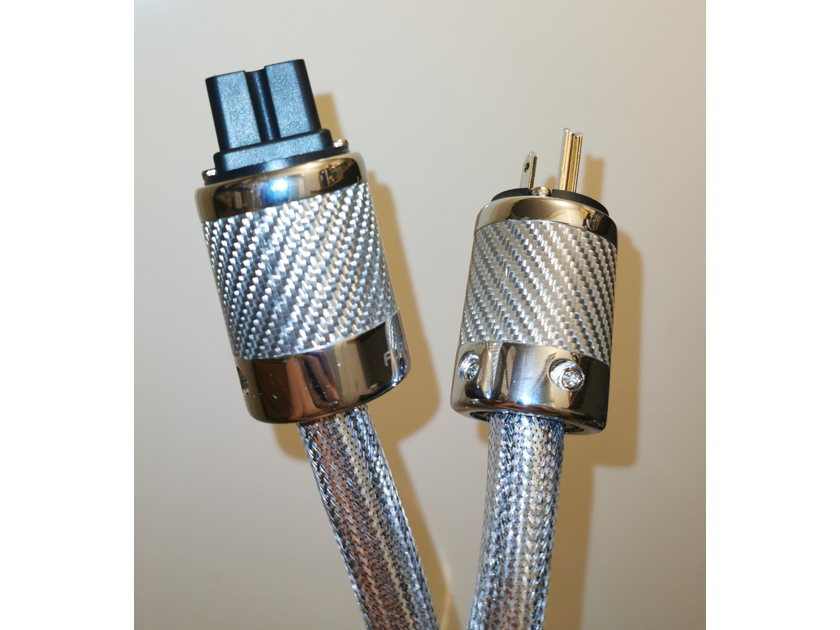 Supergenius Power cable with a retail price of one million dollars was never released to public because I took all cables for myself. I built them in different lengths and used them everywhere in m...752.00 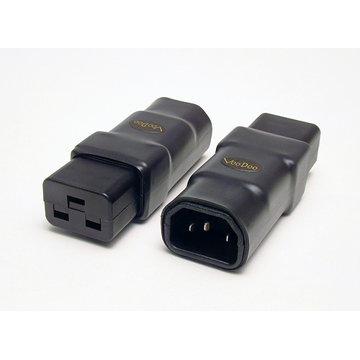 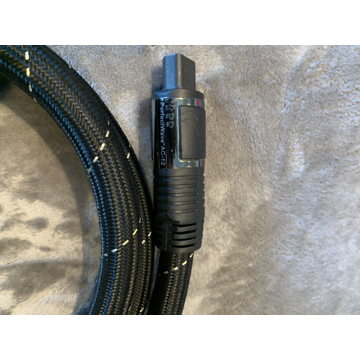 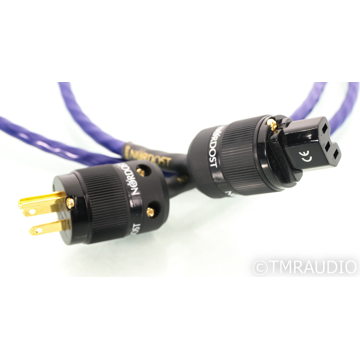 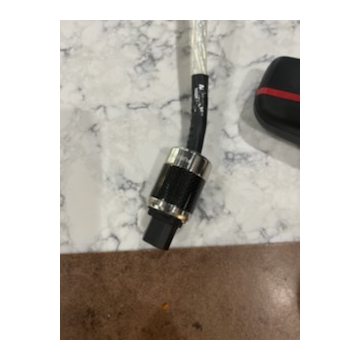 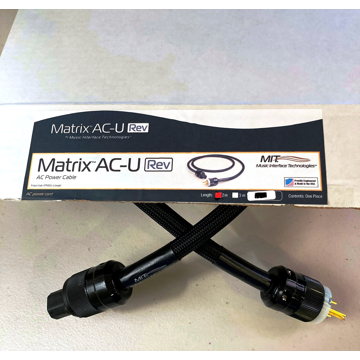 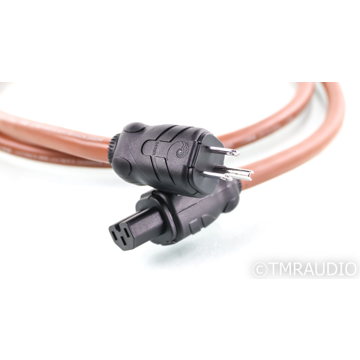 Supergenius Power cable with a retail price of one million dollars was never released to public because I took all cables for myself. I built them in different lengths and used them everywhere in my home. This cable was left over and I couldn't fit it anywhere, it has been in storage for almost two years. Today is your lucky day, because I decide to let this precious cable go!

Because this cable is so short, the perfect placement for this cable is for the amplifier, power distributor, or studio monitors (active speakers) which is what I use. This will give the most powerful sound.

The Supergenius Power cable was designed for maximum transparency and doesn't contain any unnecessary material that would otherwise smear the sound. It sounds extremely naked with a super low noise floor. The black background this cable gives is absolutely fantastic! It sounds like listening to music in outer space where the stars glow bright and clear, while sounding silky smooth!
The grounding and shielding is running on the surface of the cable, through the chrome colored sleeving. What's new is that the sleeving is not attached to the tubing using tape which would reduce sound quality. Instead of using tape, it's twisted in a proprietary way to give the best sound possible. I have built many versions of the Supergenius, this is the best design!


Testimonials
Here are some testimonials of my old cables from year 2013. The Supergenius is a hundred times better...

"Everything I purchased from Patrick is successful. I still can't believe I got these cables for only tens of thousands of dollars where they should cost over a million. Other manufacturers with their top of the line models don't even come remotely close, and they charge you the price of a house! There isn't one anything like Patrick's out there. I feel guilty I didn't pay enough to Patrick. I want to pay more." - Cheez (USA)

"It's like there is absolutely nothing in between the musical instruments. You are looking right through the window, there is no dust, no fog between them. I just said, "This is impossible"... it sounds so magical because you can't have that kind of clarity especially with a 2-channel setup with my gear before. Nothing was interfering with each other. It's like there is an other dimension where the sound is coming. The voice was also silky and the overall music had realism and contrast." - Cheez (USA)

"In addition to microdetails there were hidden sound (musical tones and voices) popping out of nowhere. These sounds were silky and so clear, and overlapping each other as if they are coming from another dimension. This benefit itself is worth tens of thousands of dollars. You can't get this sort of experience from anywhere else." - Cheez (USA)

Since year 2009 I have designed hundreds of power cables starting with the Hyperspace 4m ($4k) which beat my $13k Virtual Dynamics Genesis cables. Every time I created a better cable the price was increased. Year 2019 I designed three different Hyperspace power cables, the Supernova White 2m ($100k), Supernova Clear 2m ($200k) and the best of the best Supergenius 3m ($1M). Year 2020 I had depleted the precious minerals from planet Earth and could not build any more!

Here are the differences between these cables.

As you can see the Supergenius cable has all the technologies built inside the cable without any compromise. This gives the best sound possible! The other cables are 50cm longer which gives 33% more filtering performance, but the better construction of the Supergenius makes up for it. I recommend to use the Supergenius 1.5m for the amplifier, and the 2m cables for sources.


Below is a review of my first Hyperspace cable from 2011 which took a couple years to finish. The Supergenius is at least 200 times better.

I have bought so many powercords and interconnects based on "critical audition" where I had to listen very carefully to hear what it was doing. Prior to this, every system upgrade, including major component upgrades, have been slight to moderate changes along a continuum. This is a quantum jump of a different sort. Instead of trudging along a continuum of gradual improvements in resolution and musicality, the effect of the Hyperspace is exactly as the name implies - it transports the experience of sound to another realm, a place that is not bound by the limits of three or even four dimensions. I do not know how to describe it more clearly as I have no prior experience to compare it to.