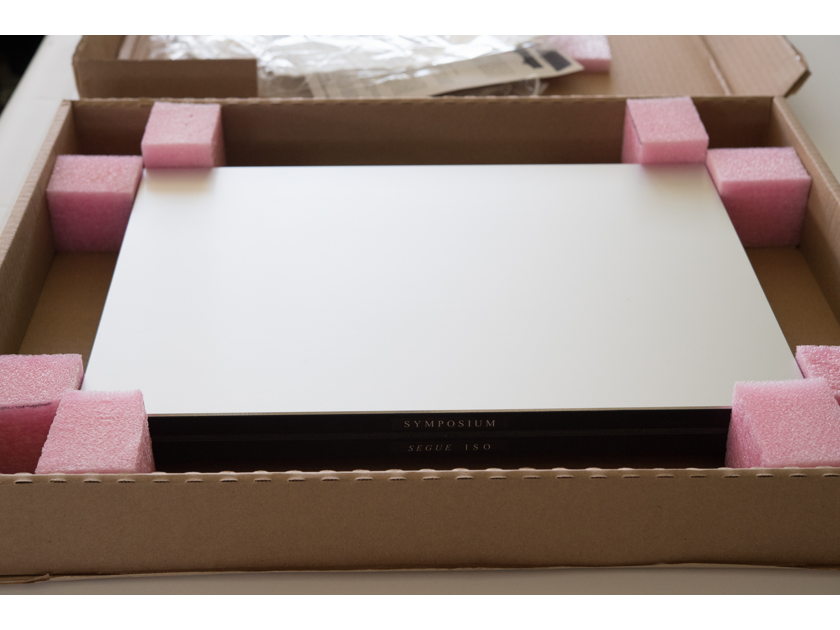 Isolation platform designed for analog turntables, especially those with no suspensionsThis is the Symposium's LD or 'Light Duty" isolation platform, with a load limit of approximately 36 lbs. Dime...270.00 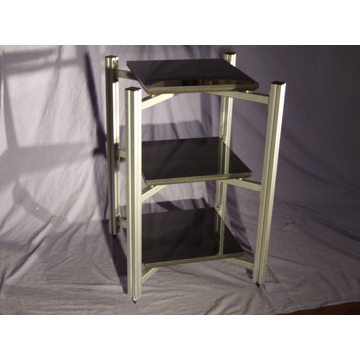 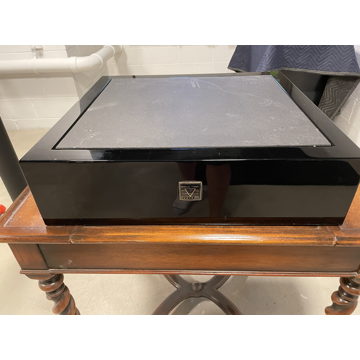 Rix Rax- A Stand For the Ultimate in Audio, Robb's Repo... 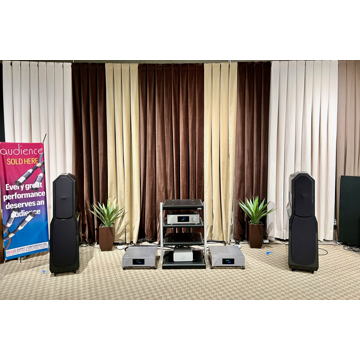 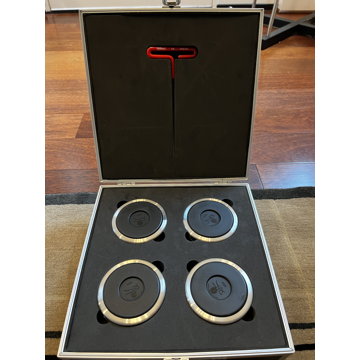 no longer for sale
The Segue ISO takes up where the standard Segue leaves off - by adding unique isolation footers which correctly isolate and damp difficult vertical waves without the distortions and compromise of the more common approaches employed by nearly all other manufacturers.

Placed under all types of analog turntables, it's not just hyperbole to state that the Segue ISO achieves a new dimension of musical transparency in a reasonably priced solution. The ISO achieves its goal through an innovative, effective isolation system, combined with neutral platform damping - something you can't get with footers alone - and does away with the euphonic resonances, colorations, dynamic restriction, and "hifi" artifacts that are the bane of isolation systems that rely upon rubber balls, polymer layers, magnets, cones or air bags.

The Segue ISO combines Symposium damped-layer technology with a simple yet effective breakthrough in footer isolation to provide both low frequency isolation AND musical spectrum damping. Usually, isolation platforms may provide one or the other function, but not both at once. The Segue ISO is the first platform to provide both functions at an affordable price. We guarantee that it will match or exceed the performance of most isolation platforms at up to triple its price, or more!

We searched and experimented for years to find an affordable, effective method to isolate difficult vertical waves. While during research on the problem of isolating severe low frequency waves, we discovered and rejected rubber balls in cups as an isolation system in the late 1990s. Although visual tests indicated promising results, actual listening tests revealed that this method of isolation did severe and unacceptable damage to essential aspects of sound quality. Five years later, another company came out with this very same concept using a plastic platform and rubber balls. They were welcome to it; it's a terrible way to isolate high quality audio components! Similarly, sorbothane rubber pads, polymer layers and bumpers, while inexpensive and widely used in other "isolation" footers, platforms, and rack systems, were found to cause the same, all-too-familiar problems of bass bloat and overhang, as did inflatable air bags. We also experimented extensively with magnetic suspension, and while magnetic techniques have their uses (Symposium has been awarded two U.S. patents that involve magnetic techniques), we also rejected these for isolation purposes, since opposing-magnet suspensions exhibit markedly non-linear displacement which causes dynamic restriction and related distortions. The reason that magnets cause this problem is because as the opposing magnetic poles move closer and further away from one another in response to vibration (as they would in an isolation application), the repulsion force created by the opposing magnetic fields does not remain constant, but instead changes at an exponential, non-linear rate. Non-linearity problems are shared by nearly all of the above systems, and especially damage the sense of dynamic range or "liveness" of music. Low frequency isolation requires that the opposing, isolating forces remain as constant as possible under the influence of vibratory waves. If they do not, a new form of distortion will be transferred to the component. You may get rid of catastrophic footfall problems, but you will have irrevocably damaged and compromised the musical quality that your isolated component is capable of providing. Making things even worse is the fact that rubber and sorbothane materials block the mechanical ground pathway, and in essence introduce a kind of "tone control" which, once in the system, marries the system to time delay distortions which can't be compensated for by adding more tweaks. The only way to rid yourself of time delay distortion is to remove the devices and techniques which cause it.