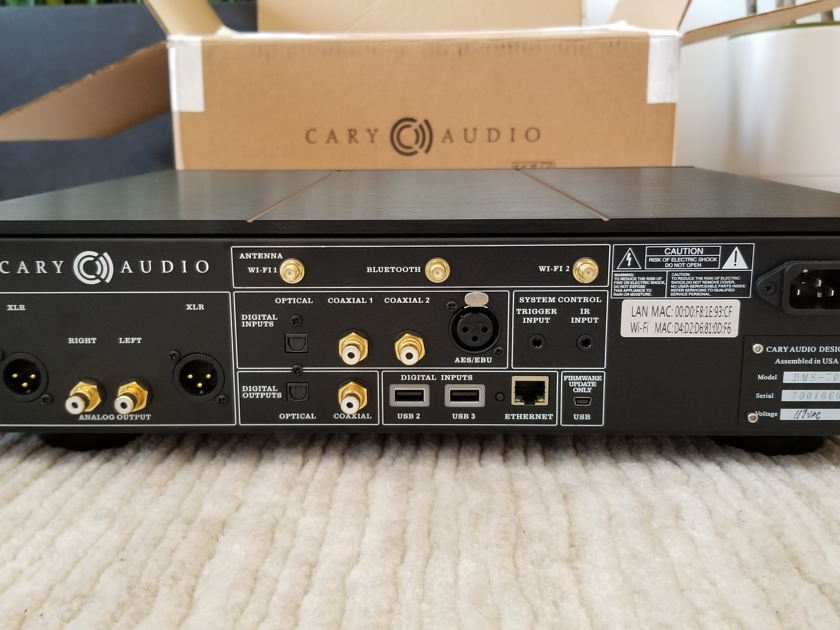 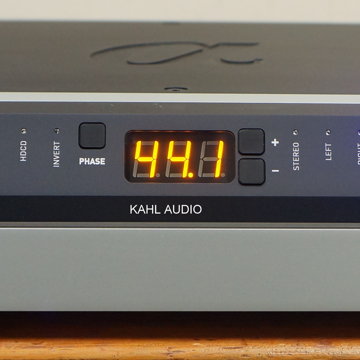 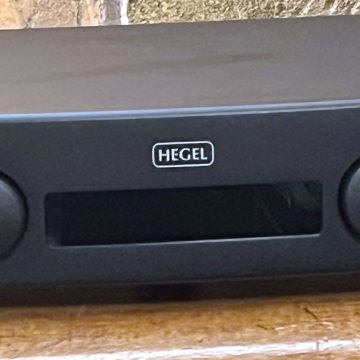 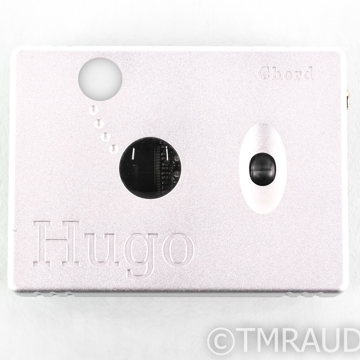 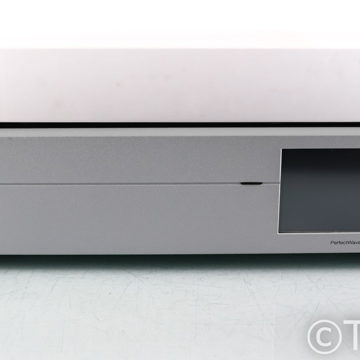 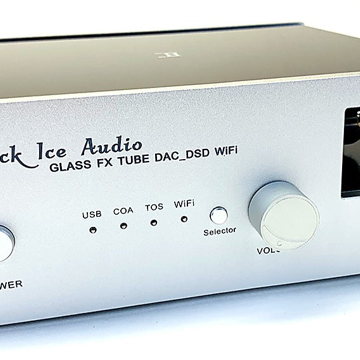 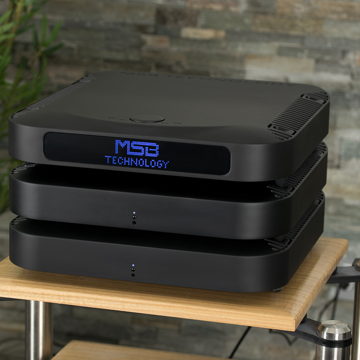 This is Cary Audio's new DAC, utilizing the latest AK4499EQ chip for exceptional sound; blacker blacks, richer tone and deeper soundstage. It sounds awesome. No scratches, smudges, discoloration, whatsoever. I have 400 - 500 hours on it now and it operates perfectly, no issues.  It's exactly as I pulled it out of the box, as-new. (Cary publishes the owner manual for this unit online.)  Shipped in manufacturer's original carton, just as received by me, but I will double box with cushioning in between for extra protection.


Price just reduced from original $4,996 listing price and is pretty firm. Buyer must have a minimum of 3 Audiogon transactions and 95% rating. Thank you.

For the successful buyer, I can do a Zoom call with you before you pay and demo the DAC to your satisfaction, so you can buy with confidence.


From the HiFi + Review:


"Cary’s DMS-700 is less than half the price of many streaming devices currently available, but it is a fully featured flagship unit. The good news is the Cary Audio DMS-700 delivers. Not just in the expected sound quality, which is exceptional, but in its execution of its tasks."  -- HiFi + ( https://hifiplus.com/articles/cary-audio-dms-700-network-audio-player/ )

"When we set out to design the DMS-600, our goal was simple. To make the absolutely best sounding network audio streamer on the planet, far exceeding its price point and beyond, period. As evident by the following the DMS-600 garnered, it’s clear we achieved that goal in spades! In addition to sounding amazing, the DMS-600, like all DMS products, functioned robustly, was feature packed, stable, operated easily, and had the best display screen in the industry.


So, how does one top that? It was not easy, but the efforts have paid off. Prior to the DMS-700, all DMS products used a voltage output DAC chip(s). The new DMS-700 uses AKM’s latest flagship DAC, the AK4499EQ. The AK4499EQ uses a switched resistor architecture with current output. This alone required a complete rethink of the DMS digital circuitry. The switched resistor architecture can sound much more analog like while revealing copious amounts of detail yet retaining a very natural, smooth, and musical response. This type of DAC is more complex to integrate but the rewards can be significant with proper implementation. As such, we also incorporated a FPGA chip that works in conjunction with the switched resistor DAC resulting in an extremely coherent and smooth sound. Of course, the digital circuitry alone does not account for the overall sound. Cary Audio is renowned for designing spectacularly musical analog circuits. Rather than using a simple analog buffer stage post DAC chip, we designed a full no compromise in-house analog stage coupled to massive power supplies for both the digital and analog stages. Any DAC audio component is a sum of its parts. As important as the DAC chips themselves are, it’s the designed pre and post DAC chip that gives our Cary Audio DMS products their famous signature sound.


Cary Audio is not known for change for the sake of change alone. The new DMS-700 represents a significant step forward in network and internet music streaming sound reproduction, while further solidifying the Cary Audio DMS platform and range of products as the absolute best there is for network audio."  -- Cary Audio ( https://www.caryaudio.com/products/dms-700-network-audio-player/ )