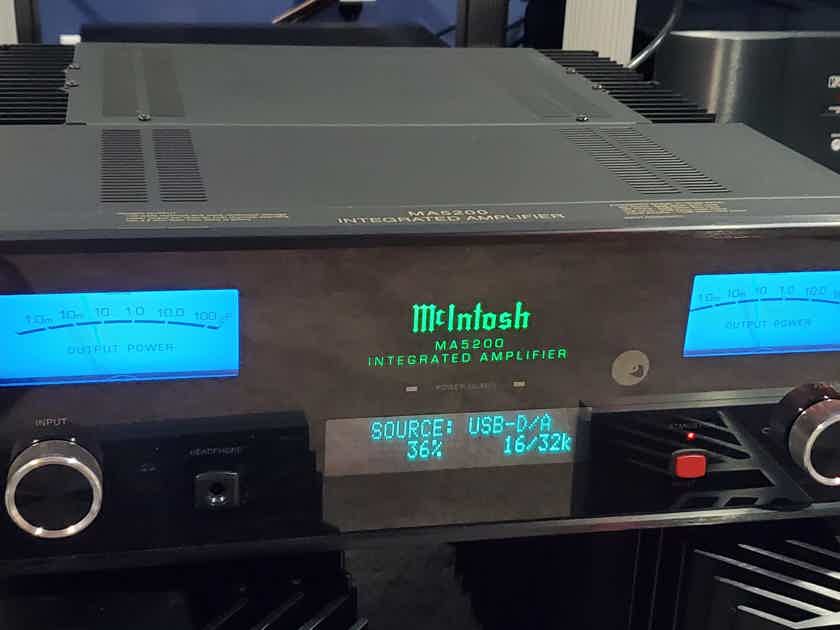 Mcintosh MA5200 integrated in excellent shape. It has original box, remote, manual and power cord. Only selling it because i have no use for it. I prefer cash, check or wire transfer, but if yo...3399.00 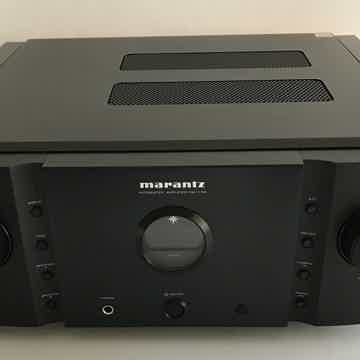 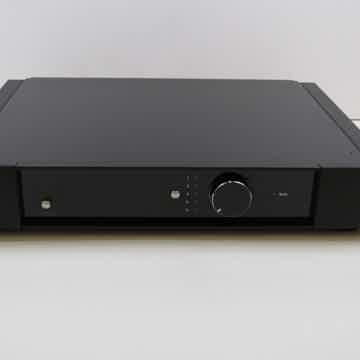 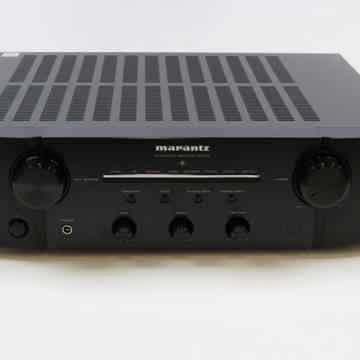 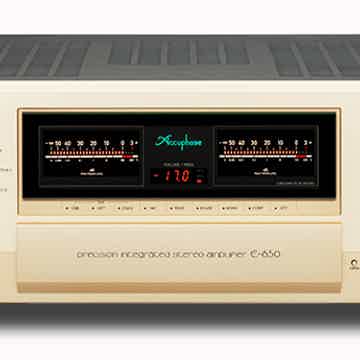 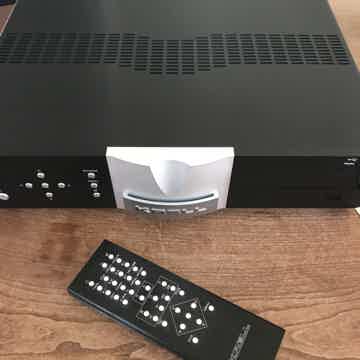 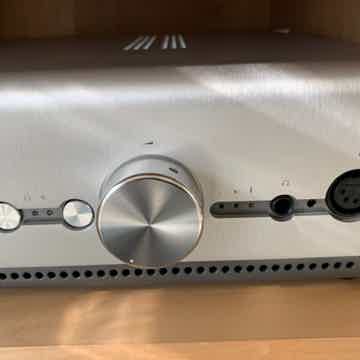 no longer for sale
Mcintosh MA5200 integrated in excellent shape. It has original box, remote, manual and power cord. Only selling it because i have no use for it.
I prefer cash, check or wire transfer, but if you must use PayPal then please add the 3% fees or use the friends and family option.

You know where you are with a McIntosh Labs product. And it’s probably middle America. The brand is hugely popular in the United States, but also has a strong following across most of the world. The solid build, the bold changing yet changeless styling, the glass front and the blue meters… these all define the McIntosh brand as much as the big, powerful sound. The one word you can use across the board to describe McIntosh Labs products is ‘big’; big sound, big case, big blue VU meters. It’s the polar opposite of the small, minimalist monochrome understatement of UK products, which might explain why in McIntosh’s worldwide domination, Blighty has always been a tough nut to crack.

The MA5200 might just be the right nutcracker for the job.

This is a 100W per channel, extremely full function amplifier by most company’s standards (although almost stripped to the bone by McIntosh levels), with hardly any controls on the front panel, a stack of source inputs and a remote control that can make the MA5200 do anything apart from bark when called. To discuss its full range of options would take up dozens of pages; suffice it to say that with the bare minimum of button pressing and that two-deck blue LED read-out in the MA5200’s centre, you can make the glass fronted, chrome bumpered McIntosh perform almost anything audio aside from UPnP streaming and grow a front-mount USB. You want a cinema pass-through setting – it can be done. You want to rename, pre-set the level, balance, start volume, information display and the rest for each source – not a problem. Multi-way comms for a multi-room system – you got it. Balanced inputs, a three input DAC and using the MA5200 as a preamp – it’s yours. You can even connect up a turntable (MM only). All from something that could match a McIntosh tuner installed 50 years ago.

It is, however, slightly smaller than most McIntosh amps. In this way, it perfectly matches the brand’s SACD/CD players and AM/FM tuners. By European standards, although our amplifiers are growing larger with each season, this one’s still an above average amp, but it’s manageable and doesn’t have the grabhandle, hernia-creation build of the really big McIntoshes.

In use, once configured to the way you like it (or for that matter left in its factory default), the MA5200 is the perfect house guest. It has heatsinks along the back of the top of the amp, but doesn’t get that hot. It behaves flawlessly, in part thanks to the company’s Power Guard technology, which compares the input signal with the output to prevent clipping. This works dynamically and responds automatically if you get too outlandish with the volume control, although in fairness I didn’t feel the need to go animal enough to trigger the Power Guard. Maybe less efficient speakers in larger rooms played at clubby PA levels might elicit a response, but in normal domestic use, this may be a useful under-utilised system. Hopefully.

The MA5200 is a giant-slayer. Forget the 100W rating… it’s more conservative than the styling and I’d be surprised if it isn’t pumping out far more power than its on-paper specs suggest. It is also one of the most singularly lovely sounding amplifiers around. Not in a kind of warm and fuzzy way and certainly not trying to emulate a valve sound, but one of those rare amps – these days especially – that doesn’t go for brightness or brashness, just balance.

There’s a drive toward making audio sound brighter. It’s been going on for years, but is gradually taking over. It started because brighter and louder sell more products, and hasn’t been helped by cheap iPod earphones exposing people to an intrinsically bright sound from the start of their musical journey at one end, and cynical companies compensating for presbyacusis (age-related hearing loss) in an increasingly aging audiophile buying market at the other. As a consequence, a lot of what passes for ‘good audio’ is often ‘bright sounding audio’ today.

This is not that kind of amplifier. It’s nicely poised, neither bright nor dull sounding, making the kind of sound that is at once capable of taming some of the excess brightness found in thin and loud modern casualties of the loudness war, and also capable of playing classic 1950s and 1960s recordings without making them sound excessively rolled off in the treble. That doesn’t sound important, but is a valuable commodity in today’s increasingly bright sounding world.

Perhaps the big thing about the MA5200 is it just refuses to draw attention to itself, sonically at least. Everything about it seems like it is competent; in fact is a whole lot more than that, but it bestows an air of quiet confidence on every source, so you kind of forget it’s in the chain and get on with listening to music. It’s only at moments of reflection do you realise just how damn good the MA5200 sounds. And how consistent too; the line stages, the DAC inputs and the phono stage all behave equally well with a similar tonality and integrity.

Like all McIntosh products, it produces a ‘big’ sound, but not ‘big and brash’, just big. Images are not overlarge, but the soundstage the MA5200 presents is far larger than most. It has an grand sense of scale to the presentation, which manages to just get the right side of not enlarging everything fed to it. So you don’t get a 50ft wide piano played by an 18ft tall Alfred Brendel and neither do you get a 100ft tall Billy Gibbons (perish the thought… imagine the potential for beard entanglement). But what you get instead is Mozart’s Piano Sonatas played on a grand piano in a grand space and ZZ Top playing in a studio setting with great drama and a lot of energy. That’s the big thing of the ‘big’ sound – it gives the music space to breathe.

Whether it’s a function of that Power Guard module or just the way this amp sounds in general, but it gives a sense of effortless grace and energy, not as if it’s listlessly waiting to get out of first gear, but as if its happily cruising through music and nothing will get in the way of that enjoyment. It doesn’t matter if it’s the sturm und drang of the closing bars of Solti’s version of Mahler’s Eighth or the soft, silken tones of Sarah Vaughan singing ‘Willow Weep for Me’ at Mister Kelly’s, the MA5200 takes all in its stride.

It’s very ‘infra-dig’ in some audiophile circles to like McIntosh or to consider McIntosh a worthwhile partner for some of the better quality loudspeakers out there. This is brand bigotry, pure and simple. I’d be perfectly happy to see the MA5200 on the end of a good pair of Avalon or Magico or Wilson loudspeakers, and I think it would work perfectly, but we’d rather ignore the ‘Big Mc’ in favour of less established, sometimes more kitchen table brands because they are more ‘real’. This shouldn’t be considered ‘only’ a McIntosh, it’s an outstanding amplifier with a beguiling sound quality and a build quality that is off the scale next to many of its rivals.

In part, I mention this because I’m as guilty as the next enthusiast in unjustly pigeonholing McIntosh before this review. It was one of those ‘nice product, but you’d never catch me using one!’ brands. And how wrong I was. I could sit in front of this and listen, and listen and listen without fatigue or struggle. I’d feel no compulsion to change cables, fiddle with sources, worry about supports or any of the things those infected with audiophile nervosa seem to focus on. Perhaps that’s why McIntosh does so well with music lovers and is almost side-lined by enthusiasts. It’s so good at its job, it exhausts the opportunities for audio enthusiasm through tweaking and you’re left with the music loving.

For me though, the McIntosh MA5200 was something of a revelation. It’s not just a good amp – I expected ‘good’ – it’s an excellent amplifier, with a fine DAC and a refreshing ‘get things done’ approach that is the polar opposite of audiophile tweakery. That’s hard not to love, and probably why McIntosh owners remain McIntosh owners for life. Oh, and finally… you can turn off the blue backlights for the meters on the MA5200. It’s just that nobody ever wants to. There’s something so very satisfyingly right about the big blue glow…