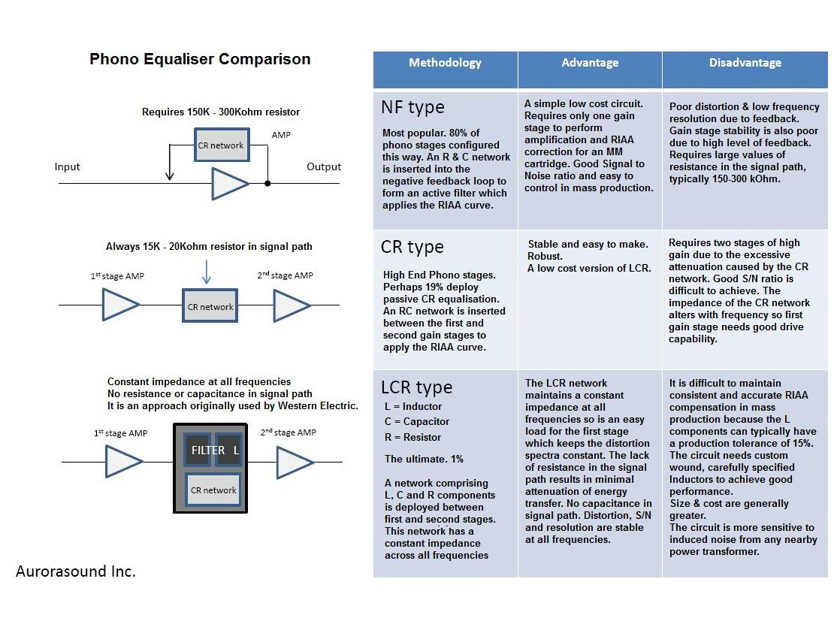 This is a trade-in unit in mint condition, as good as new. It comes with original box and full warranty. One of Aurorasound’s most important development is a wonderful phono-stage VIDA (Vinyl Di...1990.00 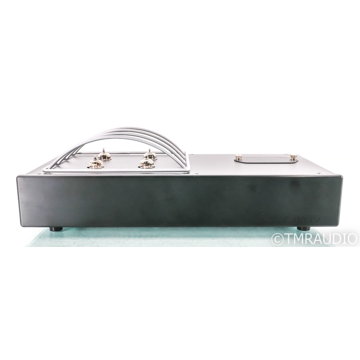 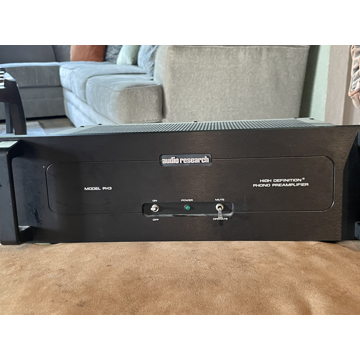 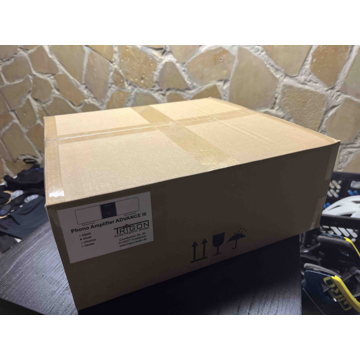 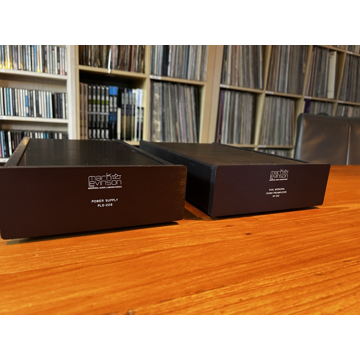 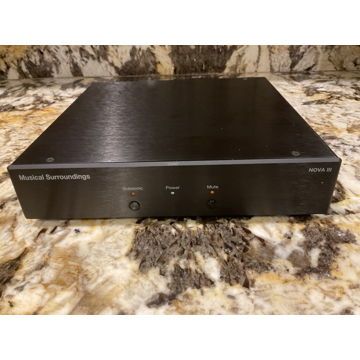 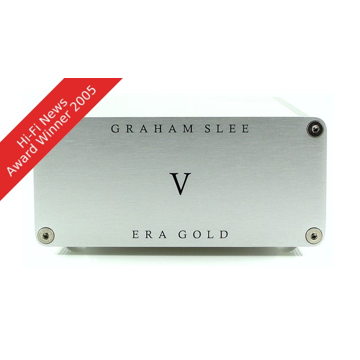 This is a trade-in unit in mint condition, as good as new. It comes with original box and full warranty.

One of Aurorasound’s most important development is a wonderful phono-stage VIDA (Vinyl Disk Amplifier). State of the art semiconductor technology (LCR-type network) and innovative technology combined with old-world craftmanship makes this phono amplifier outstanding in many respects.

We are very proud to bring this outstanding and highly decorated phono stage to the US.

"...the VIDA displayed its considerable chops by delivering 3D images that fluttered across the stage, tactile and perfectly saturated mids, and then dropped low-frequency charges that I felt in my chest..."

"...the Aurorasound VIDA is a very easy phono stage to enjoy. It makes the most of all manner of cartridges and turntables, emphasising the qualities of each, and letting you forget about the mechanics. It won’t be the first choice of those looking for maximum bandwidth, but it does offer a lot of tube charm without the noise and hum issues often associated with the breed. Just as importantly, it is very nicely built. If the company could just find a Leben style badge, it could be a worldwide hit!"

"...with the Vida, Aurorasound offers a phono amplifier that can, within wide limits, be adapted to your individual requirements. The housing design is almost as independent as the circuit topology. The sound of the Vida is completely convincing. It is a true “emotion machine” - and at an unrivaled price: a very hot tip!"

CLICK HERE to read the entire review (in German)

"...Key Kim’s 2014 MW award and subsequent review (here) piqued my interest in this elegantly built phonostage from Japan. The Aurorasound VIDA incorporates state-of-the-art semiconductor technology (LCR-type network) and old-world craftsmanship to create a top performing phono amplifier. I concur wholeheartedly with Key’s sonic descriptors: "...its black background is what sets the stage for its remarkable resolution, openness, and harmonic integrity..."

"...in conclusion, your two tube fanciers here were very impressed by what Karaki-san has designed and built up with just transistors. Fortunately there’s a tendency for current LP releases to differ from the CD and streaming releases of the same recording. The latter two are prone to dynamic compression whilst the analog version rejoices in the full dynamic headroom. With a phono stage like the Vida, all of vinyl’s hidden treasures are revealed fully and out in the open yet the phono stage itself stays courteously in the background like the perfect butler with white gloves..."

"...I could tell immediately the VIDA’s noise floor was very low, allowing the music to emerge infused with very detailed information... Bass performance was excellent with very deep extension, definition, and control. Pitch in the lowest octaves was accurately defined and to my delight the VIDA was able to delineate the contrabass pizzicatos and bass guitar snaps brilliantly with outstanding speed, pace and drive...The VIDA’s ability to illuminate timbre and detail was excellent. While rich and full, instrumental textures were not too ripe or romanticized. Attacks were fast and sharp, yet lively. Equally the midrange was impressive. The human and instrumental voices were reproduced naturally in a well- balanced texture, body, and tone. The voices were wonderfully rendered with revealing detail and nuance, providing for an extremely organic and involving presentation..."

"...the elegantly built VIDA incorporates state-of-the-art semiconductor technology (LCR-type network) and old-world craftsmanship to create a top performing phono amplifier. I’m really enjoying my vinyl collection immensely with the VIDA; its black background is what sets the stage for its remarkable resolution, openness, and harmonic integrity..." Check it out

"...this quintessentially Japanese slice of analogue exotica is artfully engineered to give a coruscatingly incisive and detailed sound, yet one that’s genuinely musical too. Impressively devoid of noise, it provides a wide open window onto the vinyl groove yet it never sounds coldly forensic or overly romantic. The VIDA should win many friends here, as it already has in Japan..." Check out the entire review

"...it’s dead quiet, it soundstages about as well as any solid state, and it has the propulsive impact that only LCR stages seem to bring to the table. On top of that, it’s small, it’s friendly, and it’s adjustable from the front panel. I’ve heard this a few times now, and its signature is one of easy authority..."

"...stunning three-dimensional, excellent depth - it makes each tone fuller and richer... It produced not only tight drums and bass but also a massive scale and spectrum which you could almost feel vivdly with your hands... I was impressed with the spatial dimension in which vocals and chorus harmonized togehter. The realistic illustration of percussion was also astonishingly impressive. I fell in love with this phono stage amplifer immediately, I personally recommend the VIDA to those who would like to seriously indulge in analog playback."

Most Wanted Component 2016 Award by "The StereoTimes" January 2017

Most Wanted Component 2014 Award by "The StereoTimes" January 2015

Product of the Year Award by "HiFi Review" magazine December 2013

"...price is ridiculously low. Yes, without a doubt. This is a true ’high-end’ phono-stage, at middle of the road pricing. I genuinely doubt there is any worthwhile competition, even at twice the price of the Vida..."

"...vivid, rich tones, beautifully reproduced, without the slightest hint of grain or etched upper frequencies, often associated with solid state phono stages. Solid bass notes and captivating midrange shone out from a completely silent background... vocals were a joy and acoustic music had that ’right there’ in the room sound... one day, I really must check that there are no valves inside, such is the richness and smooth delivery of music that the Vida provides..."

- With use of the latest semiconductor devices and discrete amplifier circuit, it achieved a complete DC circuit design. As a result, capacitors in the signal path were completely eliminated.

- High resolution in the low frequencies and reduced distortions, it enables you to enjoy vivid music hall atmospheres coupled with the players positioning on the stage.

- A large-size MUTE switch together with other functions are aligned in the front panel for improved man-machine interface for user-friendly operation.

- High S/N ratio was achieved with use of an external power supply unit, having extremely stable and super low-noise and high–speed circuits.

...eliminated all capacitors in the signal path. It enabled a completely flat frequency response without any coloration across the entire audible range. The active DC servo circuit permits absolutely stable outputs regardless of fluctuations in the inputs and operating temperature. Especially, resolution and distortion in low frequency are improved significantly, therefore, you will be able to even sense and feel the atmosphere of the music hall, performers and the staging. The power supply uses toroid transformer, Schottky barrier diode which allows ultra-low noise. Any leakage flux noises are completely eliminated with use of a separate power supply by employing high-speed semiconductor-based stable power supply circuit.

Unlike conventional NF and CR type, an ideal circuit design with constant impedance LCR-type RIAA circuit is used. As a result, across the entire frequency range, RIAA curve correction is achieved with constant condition. In the past, vacuum tubes were used with a large chassis, but VIDA managed in a compact size thanks to the latest semiconductor technologies. Each component is placed according to the signal flow in symmetrical and the shortest route. The equalizer circuit uses the renowned Swedish Lundahl filter-coil, which is widely used in the professional equipment, for turnover and roll-off independently.

Small signals recorded on the vinyl disc must be precisely restored to a flat response using (L) coil and CR network circuit, which go through the RIAA curve having attenuated lows and boosted highs. At the same time, it must be amplified by roughly 1,600 times (In case of MC cartridges). Since amplification is very large, any noises from the power supply and the circuits must be reduced to the possible minimum. VIDA managed to achieve very high S/N ratio due to a careful selection of the components, circuit design and PC board pattern configurations.

Aurorasound is a company from Yokohama, Japan. Designer and director Shinobu Karaki has 30 years expierience working for Texas Instruments Japan Inc. He is also a passionate musican, music teacher and an audiophile first grade since many years. His love to music, trained ears and extensive know-how in electronics and integrated circuits makes Mr. Karaki the ideal person to design high-end audio devices.