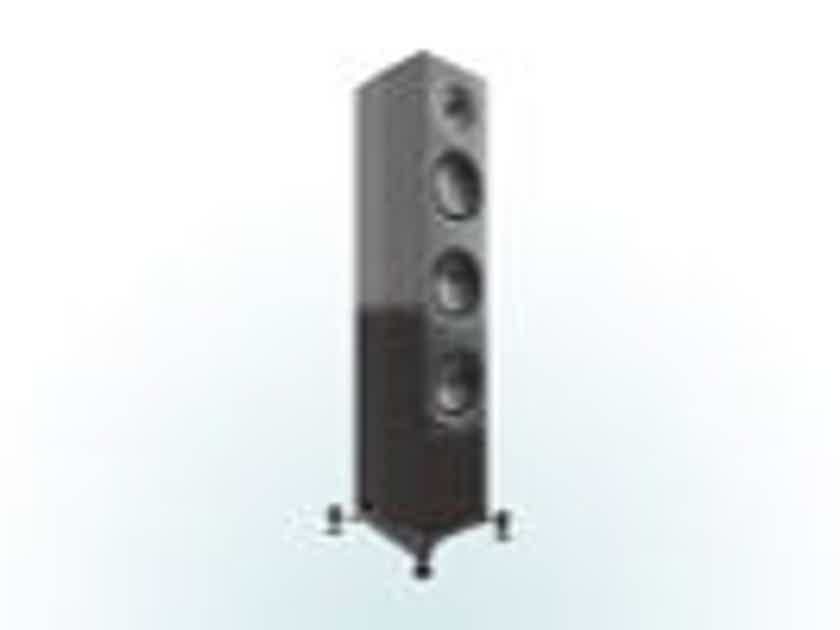 Adante -AF-61 Floorstanders THIS IS OUR DEMO PAIR --COLOR IS BLACK ABOUT 75 HRS ON THEM --FULL WARRANTY Breakthrough Performance, Andrew J...2989.00 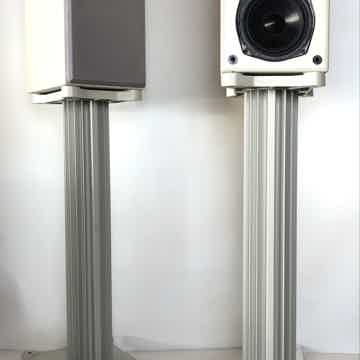 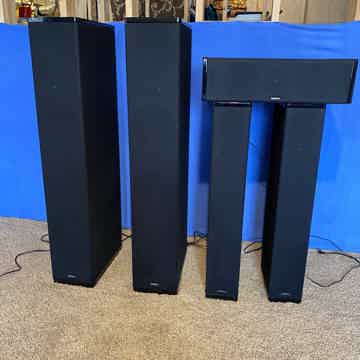 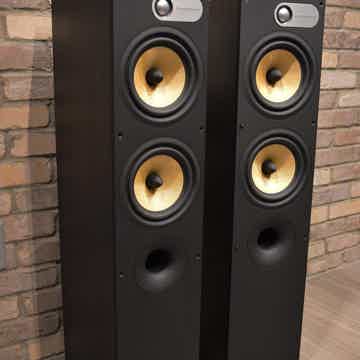 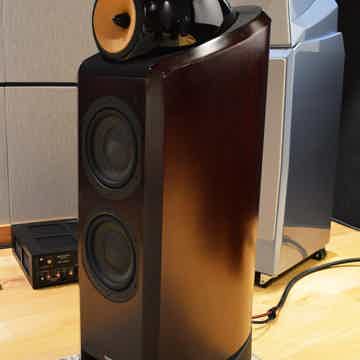 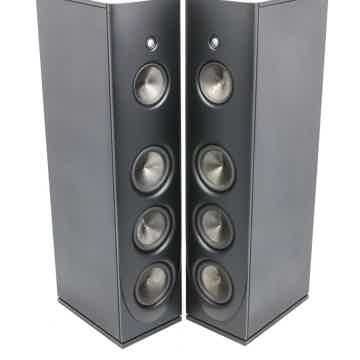 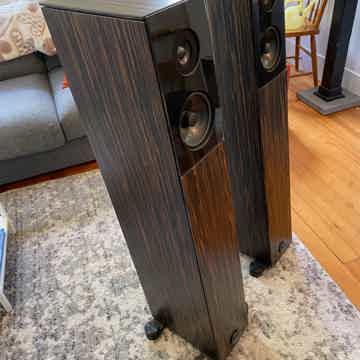 THIS IS OUR DEMO PAIR --COLOR IS BLACK

ABOUT 75 HRS ON THEM --FULL WARRANTY

Conceived from the ground-up by designer extraordinaire Andrew Jones, the ELAC Adante AF-61 tower loudspeakers are bar-none the finest all-around-sounding floorstanders in their class. Nothing else comes close. What Jones and company achieved with the internationally acclaimed Debut and Uni-Fi Series, they do in triplicate here. The value, sonics, craftsmanship, engineering, and appearance are utterly off the charts. AF-61 stands as a breakthrough that will force nearly every other speaker manufacturer to rethink their approach. ELAC loads AF-61 with with cutting-edge technology, no-compromise structural elements, and innovative solutions to age-old challenges. The expertise, logic, and quality invested in AF-61 translate into clean, natural, accurate, authoritative playback and unbelievably realistic bass that defies every reasonable expectation. You can read more in-depth about the specifics of AF-61's complex features and technical details below. But what matters most is what it all means for you: Reference-setting performance at an unprecedented affordable cost. We want you to hear these groundbreaking musical instruments – backed by our 100% Money-Back Satisfaction Guarantee – as soon as humanly possible. Everything about them stirs the soul and makes listening to music more fun.

The drivers and tweeter inside AF-61 are the realization of audiophile dreams. Every Adantemodel uses identical concentric midrange/tweeter and low-frequency drivers, all completely created anew by Jones and his team specifically for the series. The three-way AF-61 employs one one-inch soft-dome concentric tweeter, one 5.25-inch aluminum-cone midrange, three internally mounted 6.5-inch aluminum-cone woofers, and three eight-inch aluminum-cone passive woofers. Each active driver remains invisible to the naked eye and works in concert with a larger, front-firing passive partner. The piston movement of the latter supplies taut, tuneful, powerful bass while the active driver benefits from exceptional linearity created by the interport-coupled cavity cabinet. AF-61's active/passive combination is equaled in both technical and sonic magnificence by the concentric midrange and tweeter pairing. Providing remarkable point-source precision, power handling, articulation, and speed, AF-61's concentric mid/tweeter epitomizes aural naturalism and clarity.
With AF-61, everything harmonizes. ELAC goes as far to make certain the beautiful face of each cabinet – an elegant, bonded-aluminum front baffle chosen for maximum rigidity – boasts contours that incorporate advanced waveguides that ensure optimal dispersion from the drivers. Striking, furniture-grade finishes available in three colors and the presence of four metal binding posts on every AF-61 further up the ante of a loudspeaker that will be talked about for decades to come. Order a pair risk-free today and join the conversation.

Interport-Coupled Cavity Cabinet Isolates Concentric Midrange and Tweeter from Woofer Complements
AF-61's interport-coupled cavity cabinet renders superior low frequency performance. The engineering challenges and complicated manufacturing requirements makes such a design a rarity in affordable speakers, but Andrew Jones' pursuit of a new value-to-performance benchmark demanded the no-compromise solution. Each cabinet is actually multiple enclosures in one. The concentric midrange/tweeter gets isolated in its own space within the cabinet, and the woofer complement – comprising an active and passive driver – occupies a divided chamber internally vented with dual ports. In AF-61, three double chambers isolate each woofer pair from the other. In addition, the entire enclosure is not externally ported, since those designs produce noise and other distortion if the speaker is overdriven. The coupled-cavity design also means the active driver remains invisible. It is internally mounted in its own rear box that vents bass energy through dual bass ports to a front box enclosing a larger passive radiator. The piston action of the front-firing passive driver delivers tight, tuneful, extended low-frequency information and boasts greater output capability than a traditional externally ported enclosure.

Dynamic, Powerful, Fast, and Taut Bass Performance: Newly Devised Woofers Act in Concert
Two newly devised woofers deliver extraordinary low-frequency performance that's far superior to less-complex driver and cabinet solutions. AF-61 touts three pairs of these woofers. Engineered specifically to work in concert with the elaborate interport-coupled cavity cabinet, the first woofer is a 6.5-inch active driver with wide-band frequency response. It features an aluminum cone and cast basket assembly with a substantial magnet and voice coil. The aluminum cone is fast, stiff, and low in distortion artifacts. Mounted inside the complex cabinet structure, it remains invisible to the eye but readily apparent to the ear. A lightweight, front-firing eight-inch passive radiator partners with the active driver. It is mounted to the bonded-aluminum front baffle of the speaker cabinet and features a stiff aluminum diaphragm and cast basket assembly. The low weight makes the passive radiator faster and less prone to distortion artifacts. Plus, it moves air more quickly, with minimal coloration. Together, the active/passive combination handles all the power it takes to deliver low-frequency crescendos with the dynamic realism of a live performance. Each Adante model uses identical concentric midrange/tweeter and low-frequency drivers.

Crossover Network Fine-Tuned Specifically for Adante: Cabinet Doubles as a Low-Pass Filter
AF-61's interport-coupled cavity cabinet enhances the linearity of the active bass transducer by reducing driver excursions. Optimized cabinet volumes further allow for a crossover network tuned to take advantage of such a design. An internally vented box, with another box in front housing a passive radiator, acoustically translates to the front box becoming a second-order acoustic low-pass filter, eliminating the requirement for two orders of electrical network and further reducing distortion.

Connect AF-61 to Match Your Needs: Dual Sets of Five-Way Binding Posts Provide Options
Each AF-61 arrives equipped with a dual set of binding posts. A supplied link allows use of a single pair of speaker cables and only two posts, while dual posts allow the option of bi-wiring with a single amplifier or choosing bi-amplification with the use of two amplifiers – one for the concentric midrange/tweeter and the other for low-frequency drivers.