SIGN UP
LOG IN
Stealth AcousticsCustom biwire usedStealth custom bi-wire 1.6m tip to tip for sale. I had Stealth make these for me in 2010 after a long conversation with Serguei. In the conversation I described my system at the time (Krell EVO 600...0.00 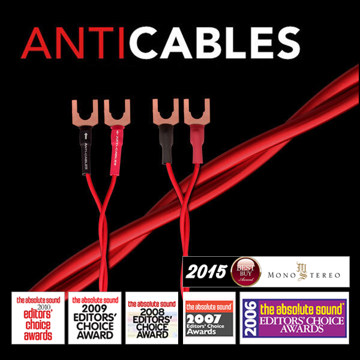 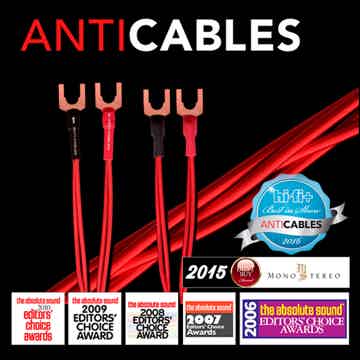 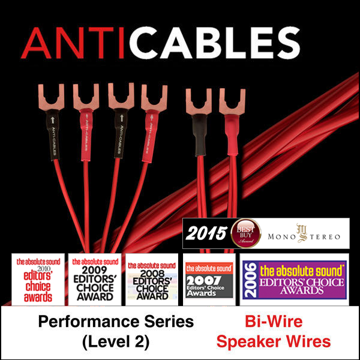 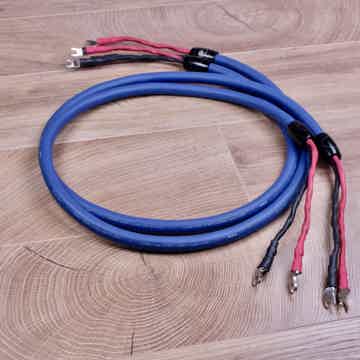 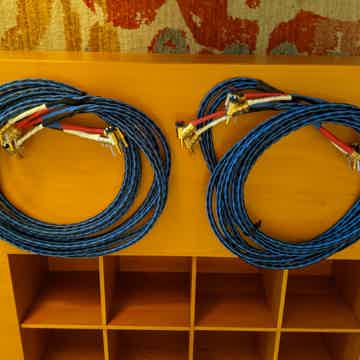 no longer for sale
Stealth custom bi-wire 1.6m tip to tip for sale. I had Stealth make these for me in 2010 after a long conversation with Serguei. In the conversation I described my system at the time (Krell EVO 600s powering Revel Salon 1s), and these were his recommendation.
They consist of a pair of of copper ribbons, each in their own vacuum cable twisted together terminating in a single spade and a single run of silver ribbon terminating in a spade per side.
From the Stealth website:
No solid dielectric is used - at least, in the conventional sense: each of the ribbons is gently spiraled inside a flexible (but strong) transparent Helium filled 1/4 inches OD tubing (STEALTH para-vacuum technology**). The tubing touches only the very thin edges of the wire, and the flat part of the wire is surrounded by Helium only; each tube is strictly air tight to prevent Helium from leaking out and preserve the silver from oxidation.. When such construction is measured, the dielectric constant is very close to 1.0 - (vacuum) - and the closest up, solid Teflon, being 2.2 to 2.5 depending on the Teflon type (all other known solid dielectric have higher constants; the closer the dielectric constant to 1.0 - the better for the subjective "speed" perception).
In this configuration Serguei recommended, the bass from the Revel 1s was tight, powerful (from the copper) and precise and the highs were uncolored and crystal clear (from the silver). I had these cables in place for over 10 years and thoroughly enjoyed them.
I replaced them with Dream Petite V16 speaker cables from Stealth, and moved these to to a pair of Red Dragon digital amps which fed a pair of Revel Sub-15 passive subs. Rather than reterminating the cables from biwire to single wire for this use, I just doubled up the spades at the terminals on the amps (see photo) They sounded awesome in this use as well.
I recently bought a pair of active subs, so these speaker cables don't have a home in my system any longer. As I’ve stated in a couple other ads for other items I’m selling here, if I had another use for them I’d keep them.
When I asked Serguei to characterize these cables in terms of his current products, he said they are a rare set of hybrid Cloude 99 biwires ($4,650 retail), combining copper (for the lows) and silver (for the highs).
Paypal adds 3% or Friends and Family can be selected at checkout to avoid the fee. At asking price I will cover shipping, USPS priority.