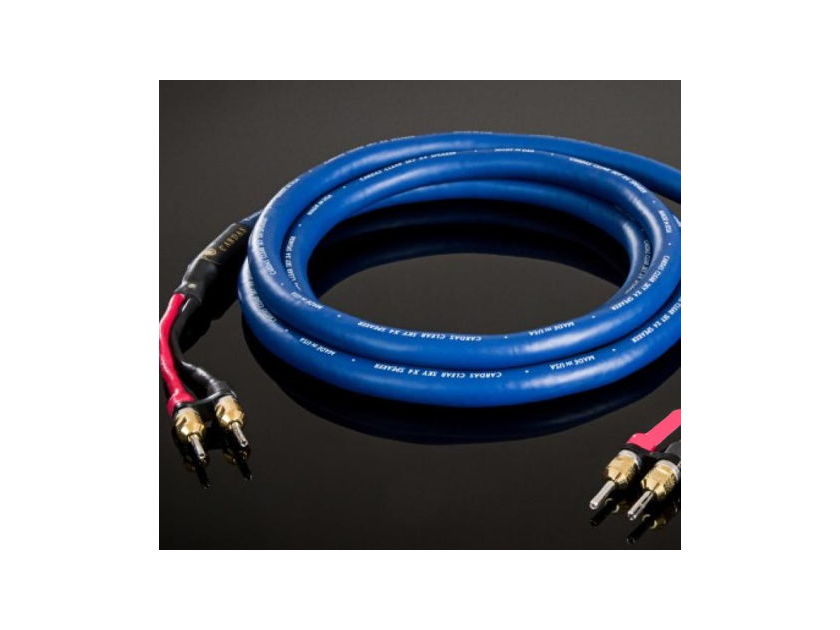 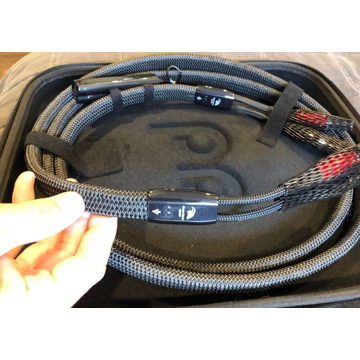 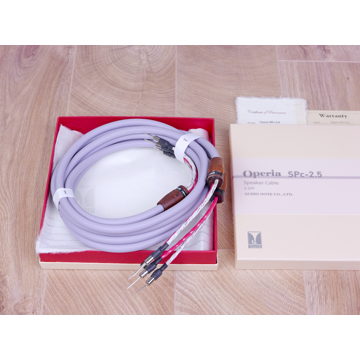 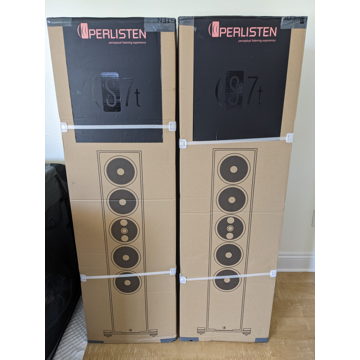 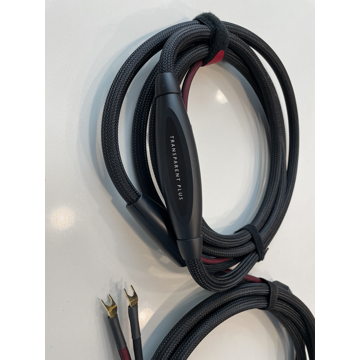 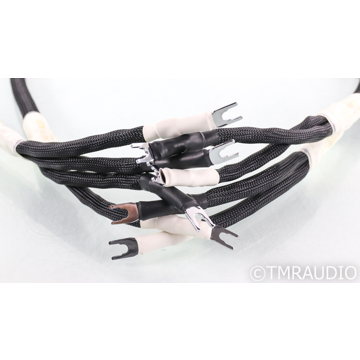 Only a few weeks old as customer waited for correct size to be built.


Clear Sky 4X is upgraded to offer a better resolution for a wider range of speakers. This entry-level cable uses braided Matched Propagation Conductors. It is a simplified version of Clear Light speaker cable, offering excellent performance at an affordable price. Compared to Clear Light, Clear Sky has soldered spades instead of forged spades. It also has a few less frills, such as using ’shrink cable’ on the ends instead of machined beads.

Cardas Clear cables use newly applied technology that is George Cardas’ breakthrough solution to the smeared, unfocused sound that’s inherent in standard cable designs. They use Matched Propagation Conductors to deliver what George calls "an unprecedented window of clarity."
"Clear represents the best of Cardas," reports Alan Sircom in issue 66 of HiFi+ magazine, "so if you are already impressed with Cardas but want more, Clear could be the first, ’last’ upgrade you make, sure in the knowledge that however high up the audiophile ladder you climb, Clear will be there, waiting for you to catch up."

At very high frequencies, cables can appear to propagate faster because the slower dielectric materials don’t have the time to charge at very high frequencies, and the lag is diminished.
At audio frequencies, however, this lag creates a noticeable problem. That’s why dielectric manufacturers may brag about what their dielectrics will do at a million cycles per second, but don’t talk about what they do at a thousand cycles per second, where the negative effects are audible. Jitter is one directly observable artifact of this conductor/dielectric relationship.
Some cable manufacturers try to compensate for this differential lagging in a cable by adding an electrical network (for example, by using a load coil), but the damage has already been done. Once the low level information in the signal has been smeared, it cannot be recovered.

Since the so-called ’charge propagation velocity’ of the dielectric can never equal the speed of electrical changes in the conductors, George Cardas’ ingenious solution with Cardas Clear cables is to slow the conductor to match the rate of the dielectric.
In a concentrically stranded conductor with individually coated strands (such as the constant "Q" conductor used in Cardas cables) the vector velocity and decay time of the conductor can be matched to that of the dielectric by controlling the lay length progression (twists per inch or TPI) of successive strand layers.
A matched propagation velocity conductor of this type, as used in Cardas Clear cables, mitigates the effects of capacitance much as a load coils do, but it does this continuously in the cable rather than at intervals. Eliminating the time delay between storage elements in the cable itself eliminates the bandwidth and dynamic range limitation seen in periodically loaded cables.

A Huge Dynamic Range of Resolution

Clear has a constant transfer characteristic, exponentially lower resonance, and a huge dynamic range of resolution. It does not exaggerate the leading edge of the signals or smear low-level information as conventional conductors do. Clear maintains the overall time signature of the original sound elements making it easier to pick out what George Cardas calls "the head in the choir or the emotion in the individual voice."

Because interconnect cables flow very little current, the ’magnetic shadow’ from their magnetic field is tiny compared to their ’electrostatic shadow.’
How the magnetic fields interact with their surroundings is affected by the geometry of the cable. This is where Cardas Clear’s constant "Q" conductors and Perfect Mirror Quadaxial (an application of Matched Propagation Technology) construction come into play.
As George explains it, "Perfect Mirror Quadaxial construction nulls the magnetic field of the cable from the perspective of the universe that surrounds the cable, so that the shadow of the cable’s electromagnetic activity is not reflected in the signal."Nulling the effect of the magnetic field removes one more cause of distortion from the musical signal.
Combined with their groundbreaking elimination of differential lagging in a cable, Cardas Clear’s constant "Q" conductors and Perfect Mirror Quadaxial construction create a cable that is breathtakingly clear as the name suggests.