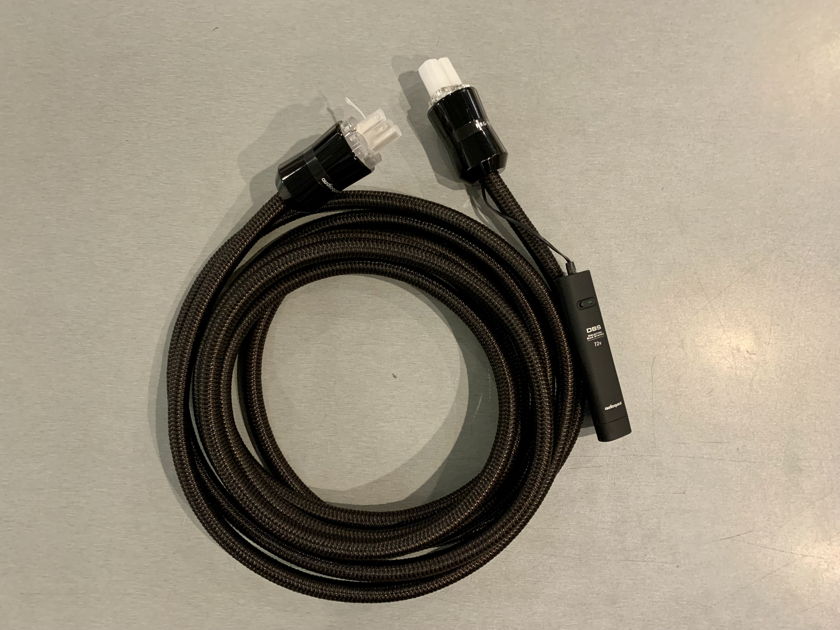 AudioQuest NRG-1000 Power Cable AC power cables have been the subject of debate, fanaticism, accolades, and scorn. How can the last few feet make any difference? It's actually the differences that...1000.00 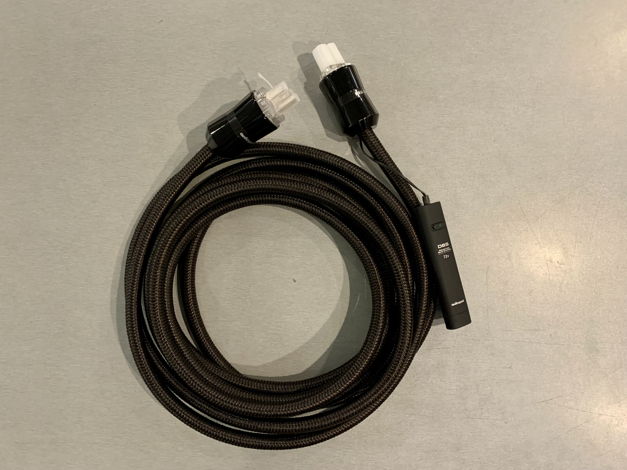 AudioQuest NRG-1000 Power Cable AC power cables have been the subject of debate, fanaticism, accolades, and scorn. How can the last few feet make any difference? It's actually the differences that they don't make which are so profound. Properly designed power cords do no harm to the original AC waveform. This would seem rather obvious, but it's not until you audition a high-performance power cord for the first time that this becomes obvious.

Solid Perfect-Surface Copper+ (PSC+) Conductors NRG-1000 uses extremely high-purity Perfect-Surface Copper+ conductors. All conductors are solid, which prevents strand interaction, a major source of distortion. Surface quality is critical because a conductor can be considered a rail-guide for both the electric fields within a conductor, and for the magnetic fields outside the conductor. The astonishingly smooth and pure PSC+ eliminates harshness and greatly increases clarity compared to OFHC, OCC, 8N and other coppers. The superior purity of PSC+ further minimizes distortion caused by grain boundaries, which exist within any metal conductor.
Multi-Position Carbon-Based Noise-Dissipation + Cross-Talk-Dissipation Systems (Insulation) The negative conductors in NRG-1000 are insulated with partially conductive Carbon-Loaded Polyethylene. This remarkable material damps radio-frequency garbage from being fed back into the amplifier. The sonic benefit is exactly the same reduction in "hash" and better dimensionality that comes whenever RF garbage is reduced in an audio circuit. NRG-1000 uses Foamed-Polyethylene Insulation on its positive conductors because air absorbs next to no energy, and Polyethylene is low-loss and has a benign distortion profile. Thanks to all the air in Foamed-PE, it causes much less of the out-of-focus effect common to other materials.
Counter-Spiral Geometry NRG-1000 power cables have an inner circular array of positive conductors spiraling in one direction. Around this inner group are the negative conductors spiraling in the opposite direction. Even while the positive and negative conductors are crossing each other instead of being parallel, the relationship between the positive and negative groups is fixed and non-changing, adhering to one of AudioQuest's most basic design tenets consistency. The result is an astonishing clarity, like focusing a camera lens you had no idea was so far out of focus.
Dielectric-Bias System (DBS) All insulation slows down the signal on the conductor inside. When insulation is unbiased, it slows down parts of the signal differently, a big problem for very time-sensitive multi-octave audio. AudioQuest's DBS creates a strong, stable electrostatic field which saturates and polarizes (organizes) the molecules of the insulation. This minimizes both energy storage in the insulation and the multiple nonlinear time-delays that occur. Sound appears from a surprisingly black background with unexpected detail and dynamic contrast. The DBS battery packs will last for years. A test button and LED allow for the occasional battery check.
Cold-Weld System This novel plug design enables a perfect heat-free connection between cable and plug. The connection between the plug and conductors is made using AQ's Cold-Weld System, which provides a superior connection that ensures that the structural integrity of the conductor is kept completely intact. The Cold-Weld System refers to a combination of high pressure at the point of contact and the use of copper- or silver-impregnated paste.
Terminations Cold-Welded Hanging Silver Directly Over Pure Red Copper IEC and 3-Pole US wall plug. 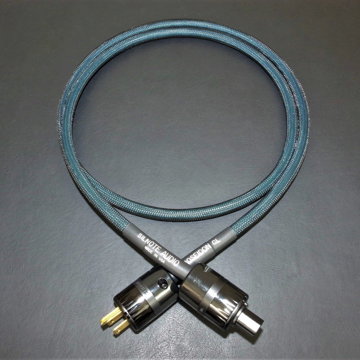 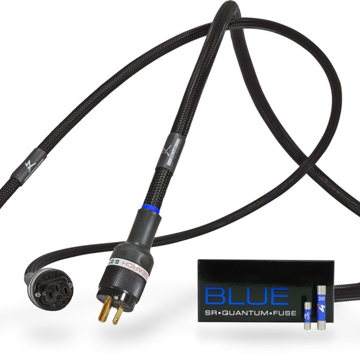 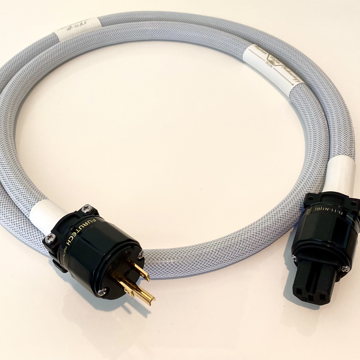 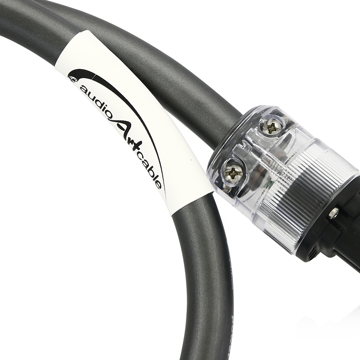 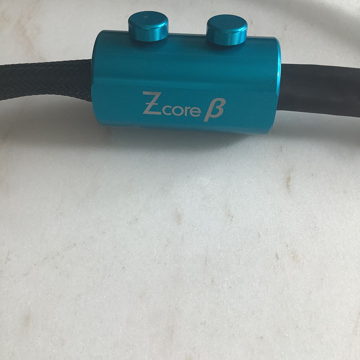