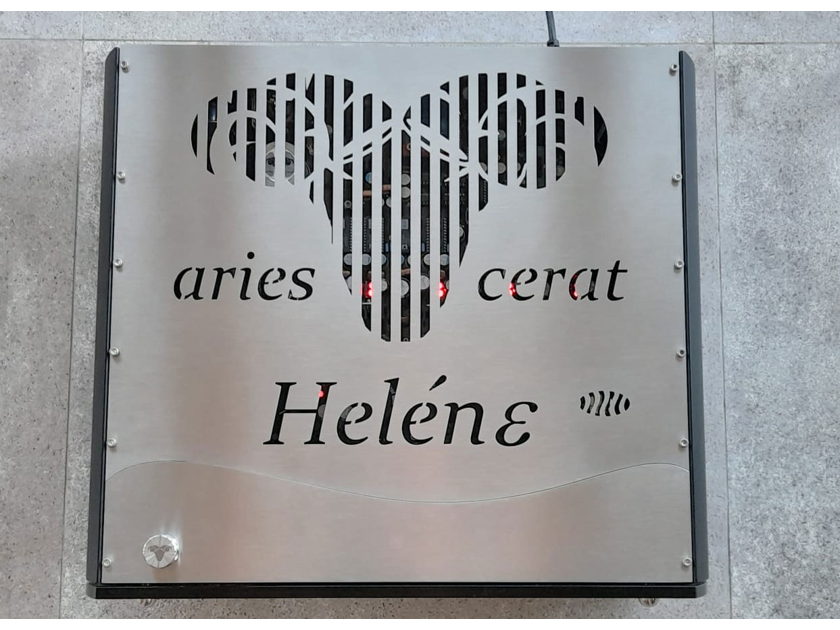 Aries Cerat Helene DAC, used as our demo unit. Like new with less than 10 hours of use. Reduced for quick sale by 25th August. Relist after back to higher price. 220v model. Sell to the EU zones on...8000.00 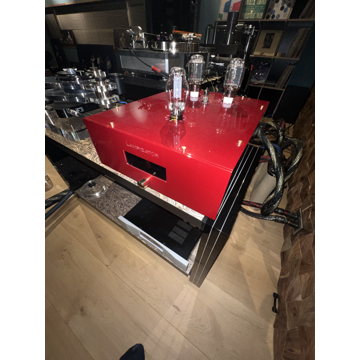 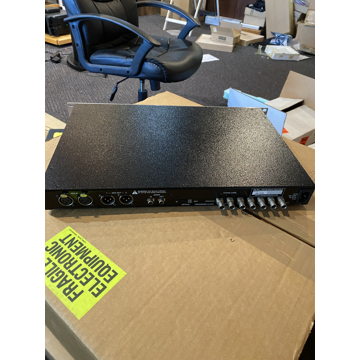 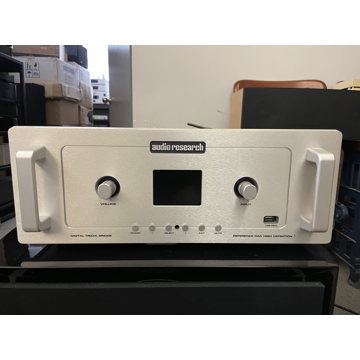 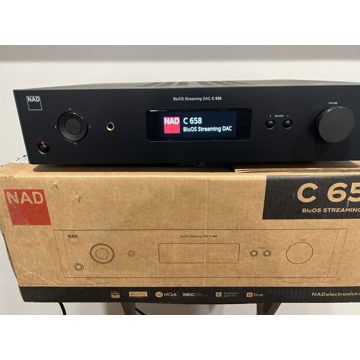 Aries Cerat Helene DAC, used as our demo unit. Like new with less than 10 hours of use.

Reduced for quick sale by 25th August. Relist after back to higher price.
220v model. Sell to the EU zones only.

It sounds sublime, is huge and is a TOTL DAC, even though a 'baby' in the Aries Cerat range. This DAC beats many others we have tried costing 30K plus. A superbly natural sounding DAC, with R2R ladder using multiple AD1865 NK chips, the best sounding chips ever made. Along with its pair of Siemens  E280F super tubes and the NOS GZ34 tube regulating the power supply, this is a giant killer machine, makes no mistake. Text from the Aries Cerat website:


“The Heléne is our smallest digital to analogue converter. Regardless, by DAC standards it is still quite a large device weighing in at 40 kilos. In designing the Heléne we held firm to the Aries Cerat philosophy of maximum performance first, other considerations second. Borrowing technology from the Kassandra Series, and with the addition of some tricks of it’s own, the Heléne is a remarkable machine in it’s own right, setting a new previously unreachable level of performance vs price ratio.”

Ladder DAC
The Heléne is a bit-perfect ladder DAC and uses NO data processing, upsampling or oversampling – all data is converted at their native sample rate and bit rate.

Taking technology we pioneered in the Kassandra Series, the converter banks are implemented around a matrix of eight R2R converters per channel, running in parallel. The two independent banks use eight R2R matrixes from the Analog Devices AD1865N-K in current mode.

These are driven by our custom logic that handles the syncronisation, data and work buses. Our Super Clock technology used in our bigger models is also standard in the Heléne DAC, negating the use and need of an external aftermarket Word Clock.

The USB input is double Reclocked, as are the digital S/PDIF and AES inputs using the internal Super Clocks of the converter. The digital input Reclocker is also bypassable on the fly.

Gain Stage
The analog stage is again borrowed from our bigger models, and is a small SET amplifier built around the E280F super tube, loaded by a custom special quality output transformer.

Power Supply
The analog stage PSU is tube rectified using the GZ34 rectifier, while triple choke / film capacitors provide very low noise voltage rails for the SET amplifier. The tube is also biased with triple filtered ultra low noise bias circuits.
Power supplies of both the digital and analog sections of the converter system are carefully designed around oversized capacitor banks and extensive RF choking filters, distributed at all points of the circuit.

A bargain purchase of this high end tubed DAC. Rarely do they come up for sale, and a healthy discount is on offer here for quick sale.