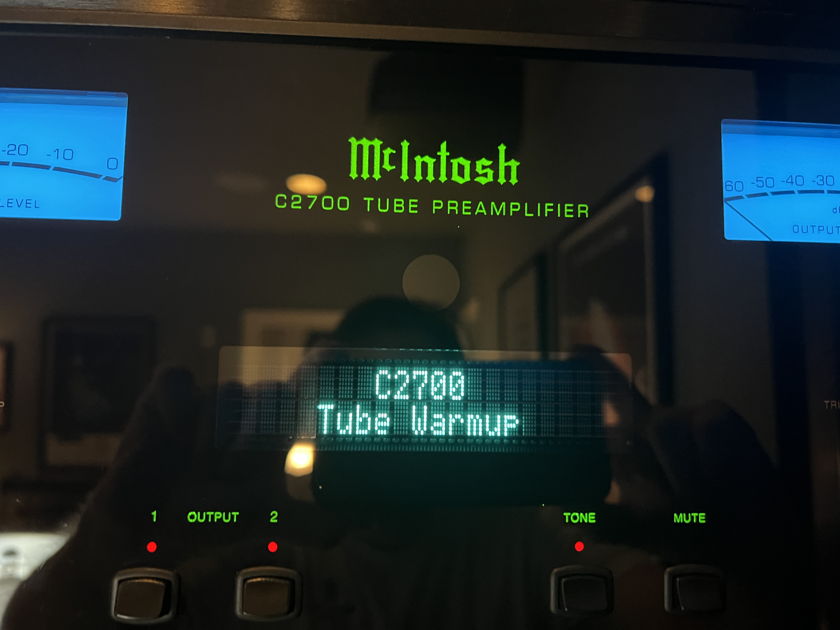 Hi fellow audiophiles and McIntosh fans, Due to a potential move to a much more expensive area, we have decided to downsize our home theater and experiment with some other gear and focus on 2 cha...6500.00

Due to a potential move to a much more expensive area, we have decided to downsize our home theater and experiment with some other gear and focus on 2 channel audio, most likely the integrated route. I recently traded in my McIntosh C2500 for the C2700. I have owned the C2700 for less than 2 months and this upgrade was well worth it.

The C2700 has McIntosh’s new modular DAC, the DA2 installed along with the most current firmware for it. The DA2 is far superior to the previous DAC that McIntosh was using in the C2500, C2600, etc. I have been fighting my B&W 802 D3’s brightness since the day I got them and this preamp is the first one I have heard that is able to reign their forwardness in just enough to make them perform the way you’d expect a speaker of that caliber to perform.

The C2700 has been in the rack from the second it came out of the box. The shelf and face plate by Mid Atlantic allow it to sit naturally instead of screwing ears, etc on it. Because of that, there are no scratches or dings on the case or face. It looks brand new.

I will split the shipping costs and I will split PP fees or can take Venmo now that they have seller and buyer protection.

I have all original boxes, remote, manual.