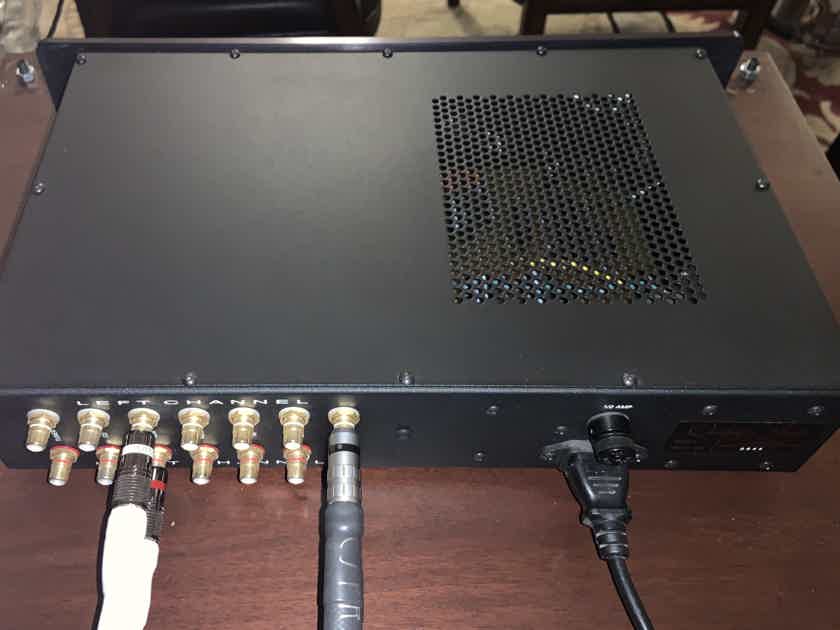 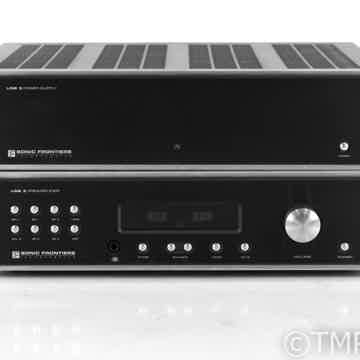 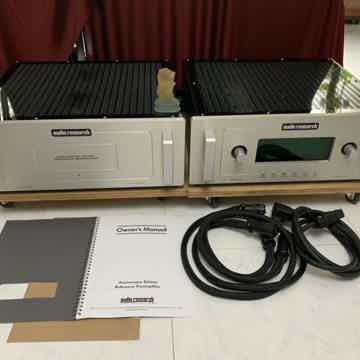 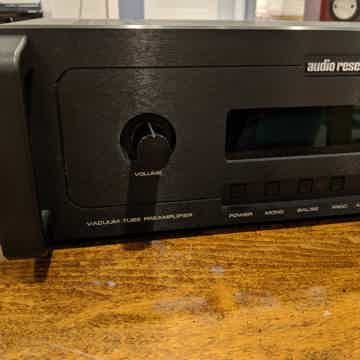 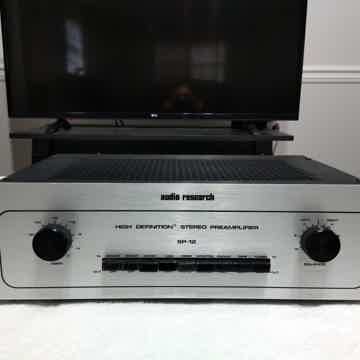 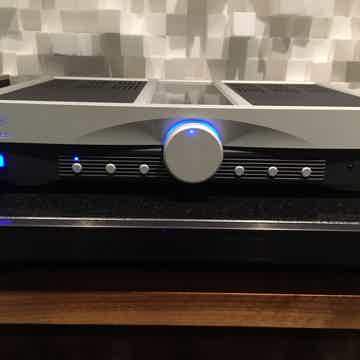 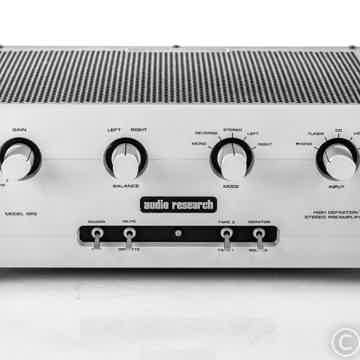 Rated 8/10 to be conservative - there are a few minor tiny hairline scratches 1/64 thick on the Top edge of the faceplate, only visible if you're shining a light on it, like I did tonight. (There's A possibility it came from the company that made the faceplates for Quicksilver!)

Very Low Usage less than 200 Hrs of use!, It's been in the box for a few years as I've been using the Silver Line Stage without the remote.

Not been driven louder than 93Db

List of the Inputs on the rear of the unit Left to Right:

Tuner, CD, AUX, Video, Tape, Tape In, Tape Out and Mains Out - to your Mono Amps or Stereo Amp.

Quicksilver Audio entered the high-end audio market in 1981 when we began selling the MS190 Stereo Amplifier. Mike Sanders, the founder and owner of Quicksilver Audio, has been an avid audiophile since his early teen years. He went on to earn his Electrical Engineering baccalaureate degree from the University of the Pacific, and then worked for Magnepan Incorporated in Minnesota. He decided to do things his own way and designed the MS190 Power Amplifier. Only 100 of these units were made, all done lovingly by hand. At serial number 75, changes were made to the output transformer and the model number was changed to MX190. Many years later, we still get calls from customers looking for these units.

The Philips 8417 Mono Amplifiers were developed in 1984 to bring great sound to the average consumer. Harry Pearson published a positive review in The Absolute Sound and the audiophile world caught on. We manufactured this unit until 1988 when Philips stopped manufacturing the 8417 output tube. We bought all Philips’ 8417 tubes at that time so that we could keep our customers supplied for years to come. The 8417 tube was one of the last tubes to be developed and is quite different than most other tubes on the market. There is no tube that can be directly plugged in to replace these. The GE8417 Mono Amplifier was manufactured for two years, 1990-92, in response to customer and dealer requests for another 8417 amp.

As many customers know, Mike was really resistant to modifying the 8417 Mono Amplifiers. He loved the 8417 output tube, and felt that it was one of the best tubes ever manufactured. When we finally ran out of all 8417 tubes in 1999 and could no longer supply our customers, Mike relented and went to work on a modification that would keep the original mono amps alive. We are all blown away by the result! The modification allows the amp to work with EL34 output tubes, and includes changes in the front end circuit and driver tube. It costs $250 (plus tubes) and sounds awesome!

In the meantime, in 1988 Mike developed the 60 watt KT88 Mono Amplifier as a replacement for the original Mono Amplifier. This was manufactured until December of 1995.

The Silver Monos (90 watts) were designed in 1991 in response to customers wanting more power. Giving 90 watts out of two KT88 output tubes, they were amazingly affordable and, with their low output impedance, were quite adept at driving the more difficult loads that the many electrostatic speakers on the market presented. These were a best seller for four years and are still popular on the used market.

In 1992, Quicksilver came out with its first really powerful amp since the MX190, the M135 Mono Amplifier. It was the first Quicksilver amp to be able to use different output tubes and it was the flagship of the Quicksilver line for eight years. The V4 is our current flagship and best seller. In keeping with our philosophy of making great hifi affordable, the V4 is 120 watts of awesome musical sound for a very reasonable price. And, it’s Mike’s favorite amp ever.

After many years of dealers and customers asking for a Quicksilver preamp, Mike finally designed the Full Function Preamplifer in 1988. It has an extremely low output impedance and a massive power supply, enabling it to drive long interconnects and any amplifier, and providing really low distortion and wide dynamic range. The Line Stage and the Phono Stage Preamplifiers were introduced in 1995 and 1996, respectively. Customers are pleased to find that Quicksilver also builds great-sounding preamplifiers.

"Like other Quicksilver products, the solidity of presentation, that is, dimensionality, imaging, and sound staging, is quite remarkable." Paul Seydor, the absolute sound, October 2002.
Improved soundstage width and depth and higher resolution are changes to the Remote control Linestage Preamp for 2012. In addition, a newly designed audio choke increases power and dynamics. The internal shielded cable has been eliminated, output impedance has been lowered and the power supply filtering and capacitance have been increased. A precision motorized Alps attenuator is still the best sounding volume control and video pass-through is available on request.