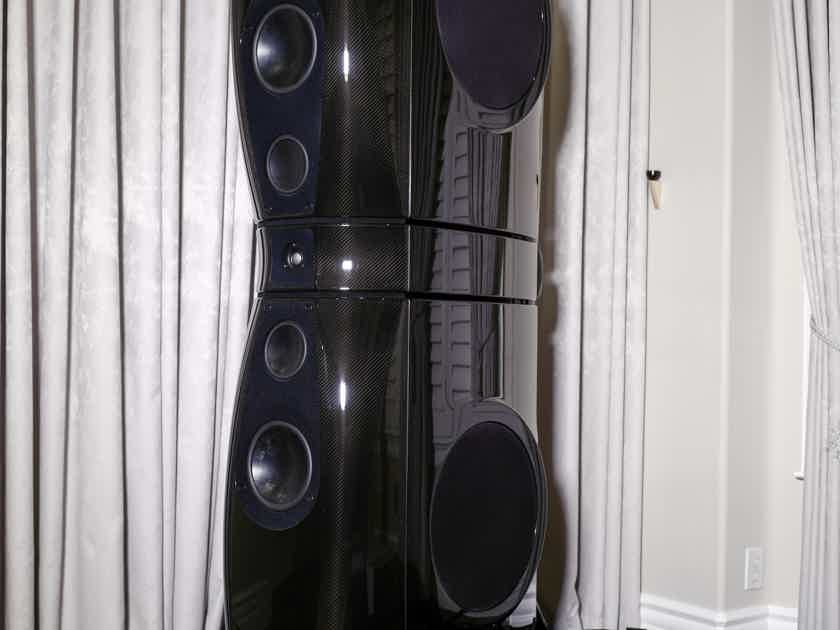 BUY WITH CONFIDENCE FROM A VERIFIED VETERAN AUDIOGON DEALER: Latest version with External Active Crossover! One of the most sought after loudspeaker systems designed by Andy Payor. Originally p...139000.00 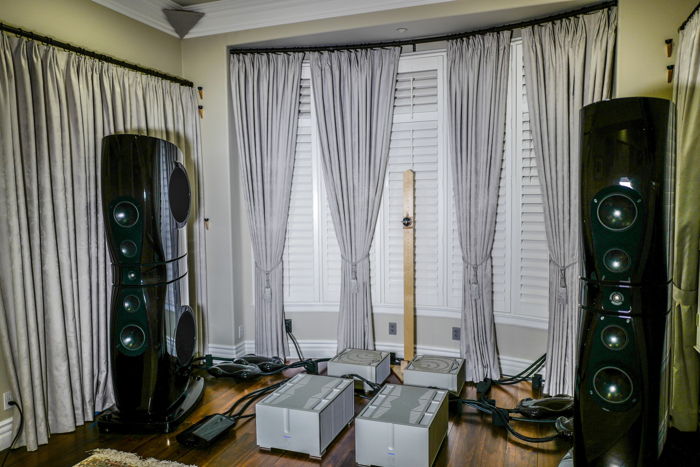 BUY WITH CONFIDENCE FROM A VERIFIED VETERAN AUDIOGON DEALER:


Latest version with External Active Crossover!
One of the most sought after loudspeaker systems designed by Andy Payor. Originally purchased from and very carefully set up by the local authorized dealer. Fantastic condition! Complete Rockport crates and packing materials included. Will add a picture of the factory crossover. The owner’s business was located in a different city so his system was only used during the weekends. Please call Maier at The Audio Salon with any questions 3108630863.

ABOUT THE SPEAKERS:
The  Arrakis is a four-way system employing two side-firing 15" woofers, two 8" upper-bass drivers, two 5.25" midrange drivers, and a dome tweeter. All the drivers except the tweeter use Rockport’s proprietary cone technology which feature proprietary, variable-section thickness cones formed from skins of carbon fiber that sandwich a Rohacell core.

The enclosure is unique in high-end audio; it is made from inner and outer molded composite shells with the center filled with a custom epoxy. The enclosure is as much as 6" thick at certain points. The baffle is made the same way, but with a structural carbon-fiber outer structure. By laminating and casting composite materials this way the enclosure can have any shape, including compound curvatures that are impossible to achieve any other way. Moreover, the enclosure is made from only two pieces; the baffle and the main cabinet comprising the enclosure’s five other sides. The result is a solid, inert platform for the drivers that doesn’t introduce diffraction. Internal wiring is from Transparent Audio.

The Arrakis was stunning in every way—tonally, spatially, dynamically, and in resolution. What struck me is that the design is so beautifully balanced, with no shortcomings in any area. Every sonic-performance criterion that contributes to the musical experience was fully realized. The Arrakis simply didn’t sound like drivers reproducing music, but rather sounded like music itself. The Arrakis reproduced low-level detail with stunning realism; it was hard to believe that dynamic drivers were capable of such electrostatic-like delicacy.

The Arrakis was a paradox, possessing a gentle and finely filigreed manner at one end of the dynamic scale, coupled with a sense of power, slam, and massive impact at the other end. I’ve never heard a piano reproduced with such realism, period. The result was the closest I’ve ever come to the playback system seemingly vanishing, leaving only the musical expression.

The Arrakis is without question a landmark achievement. The Best Stereo System I've Ever Heard! 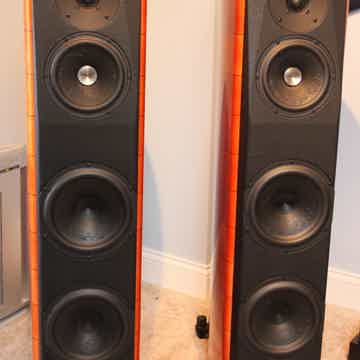 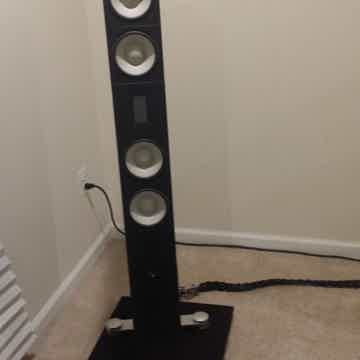 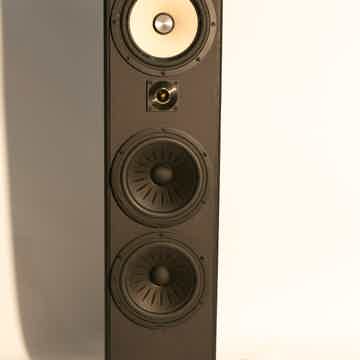 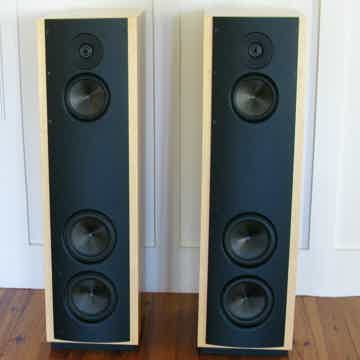 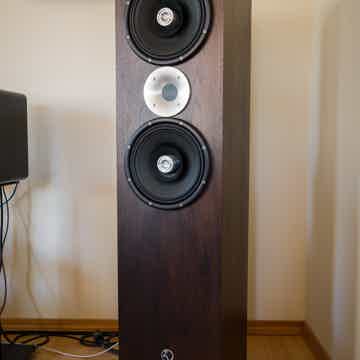